Hulda Flood was a political activist, as well as a politician and party secretary of the Social Democratic party. She played a very important role in organising women within the Swedish workers’ movement.

Hulda Flood was born in 1886. It is likely that her simple upbringing led to her political awareness. Her parents’ home was a small croft in the Värmland parish of Eda. Hulda Flood was only six years old when her mother died of pulmonary tuberculosis in 1892. Despite gaining good marks at school she did not have the option of continuing her education. Hulda Flood began to work as a maid, which at the time, around 1900, was a normal occupation for rural proletarian girls. She worked hard at the farm where she was employed, and according to later accounts, she was influenced and inspired by the socialist activism of one of her co-workers. Whatever her own role in any activism may have been, it was not taken seriously by her employer as only her male colleague, a farmhand, was fired. She later came to view this experience as a turning point in her own life.

After working in rural Värmland Hulda Flood moved to Karlstad to learn how to become a seamstress. Her interest in socialism increased and she became a member of Socialdemokratiska ungdomsförbundet (Swedish Social Democratic Youth League) as well as an activist within the union, Arbetarnas bildningsförbund (ABF, the Workers’ Educational Association) and Verdandi. Around 1915, in the midst of the First World War and economic hardship, she began to give political speeches. During the same period she got married to Oscar Flood, who was both a political and professional colleague. She also helped to set up a women’s “district” in Karlstad, as part of Sveriges socialdemokratiska arbetareparti (SAP, Swedish Social Democratic Workers’ Party) and she became a female role model, serving as city council representative from 1914 to 1922.

In the early 1920s the Flood couple settled in Uppsala, where Oscar Flood had acquired his own tailors’ shop. Hulda Flood continued her activism within the local Social Democratic women’s movement, but her entire existence was turned upside-down by the sudden loss of her husband to peritonitis in 1924. Hulda Flood then opted to leave Uppsala for Stockholm. She also gave up being a seamstress; from 1925 onwards she was employed by Sveriges socialdemokratiska kvinnoförbund (SSKF, Swedish Social Democratic Women’s Association) as an agitator and campaign leader. During the 1920s she was still forced to supplement her income by working as a cleaner and by writing as her salary was small and campaign work often incurred personal expenses.

Hulda Flood was a good organiser, assiduous and reliable, but also socially skilled with an oft-noted warmth, charm and sense of humour. Going by her correspondence with female members of the Social Democratic associations across the country and by the many celebratory poems that were written about her it seems these relationships often became deep friendships. SAP noted these skills and the year after the so-called “kosackval” of 1928 – when the Social Democrats collaborated with the communists – a new position of party secretary was set up with a remit of recruiting more women workers in support of social democracy. This was a task which Hulda Flood fulfilled, along with various male colleagues, until she retired in 1948.

In addition to her role as party secretary Hulda Flood continued her activism in SSKF as a representative on the association board, as a national study leader, and later as a study advisor. However, she was no defender of women’s issues if that meant the emancipation of women purely for its own sake. Instead she saw female workers, given their proximity to the lowly and oppressed of society, as more empathetic and humane and thus most suited to raise society to a level of humanitarian decency and equality. She considered the struggle for equality and women’s rights to be two sides of the same coin and that educating women was the key to success. With the passage of time Hulda Flood increasingly became a pro-equality feminist as regards her view to gender issues, particularly as a result of the influence which the German psychiatrist Olga Knopf and the South African author Olive Schreiner had in the Fogelstad group. As such Hulda Flood was out of step with her time. Her belief in the importance of women taking the step into professional and social life came up against resistance in the 1940s, both from women within SSKF who focused on housewives and from the leadership of Per Albin Hansson, which was hardly radical in terms of women’s politics. Hulda Flood finally decided to break off from the women’s association in 1944 during deep conflicts both within the organisation and as regards its ideological direction.

Throughout her life Hulda Flood felt inferior due to her lack of formal education. It led to her giving way to women within the Social Democratic movement who, thanks to their social standing, were able to advance through the party hierarchy, such as Alva Myrdal or Karin Kock. Despite this she achieved a lot through self-education and long travels across the globe at the expense of the party, making many friends and admirers as she did so. She was also a frequent contributor to Morgonbris, for example. She wrote the first major work on SSKF, Den socialdemokratiska kvinnorörelsen i Sverige, 1939, and was the author of a biography called Agda Östlund. Pionjär i genombrottstid, 1954. In addition she wrote smaller works such as Ett nytt kvinnoideal, 1933, and Kvinnor och män, vad hindrar jämlikheten?, 1944.

Hulda Flood’s intellectual side was tempered by an ethereal idealism with theosophical leanings. Her diary entries reveal an intense emotional life, dominated by self-doubt, deep disappointment over missed promotions within her political activism, loneliness, and depression. It appears that as a result of certain disputes that she was involved in during the latter part of her career she was unfairly erased from not just SSKF’s but also SAP’s historiography. Hulda Flood deserves, however, to be highlighted both as a pioneer in her approach to women workers and for the massive organisational and popular education work that she undertook on their behalf during the first half of the 20th century.

Hulda Flood died in 1968 and is buried at The Woodland Cemetery in Stockholm. 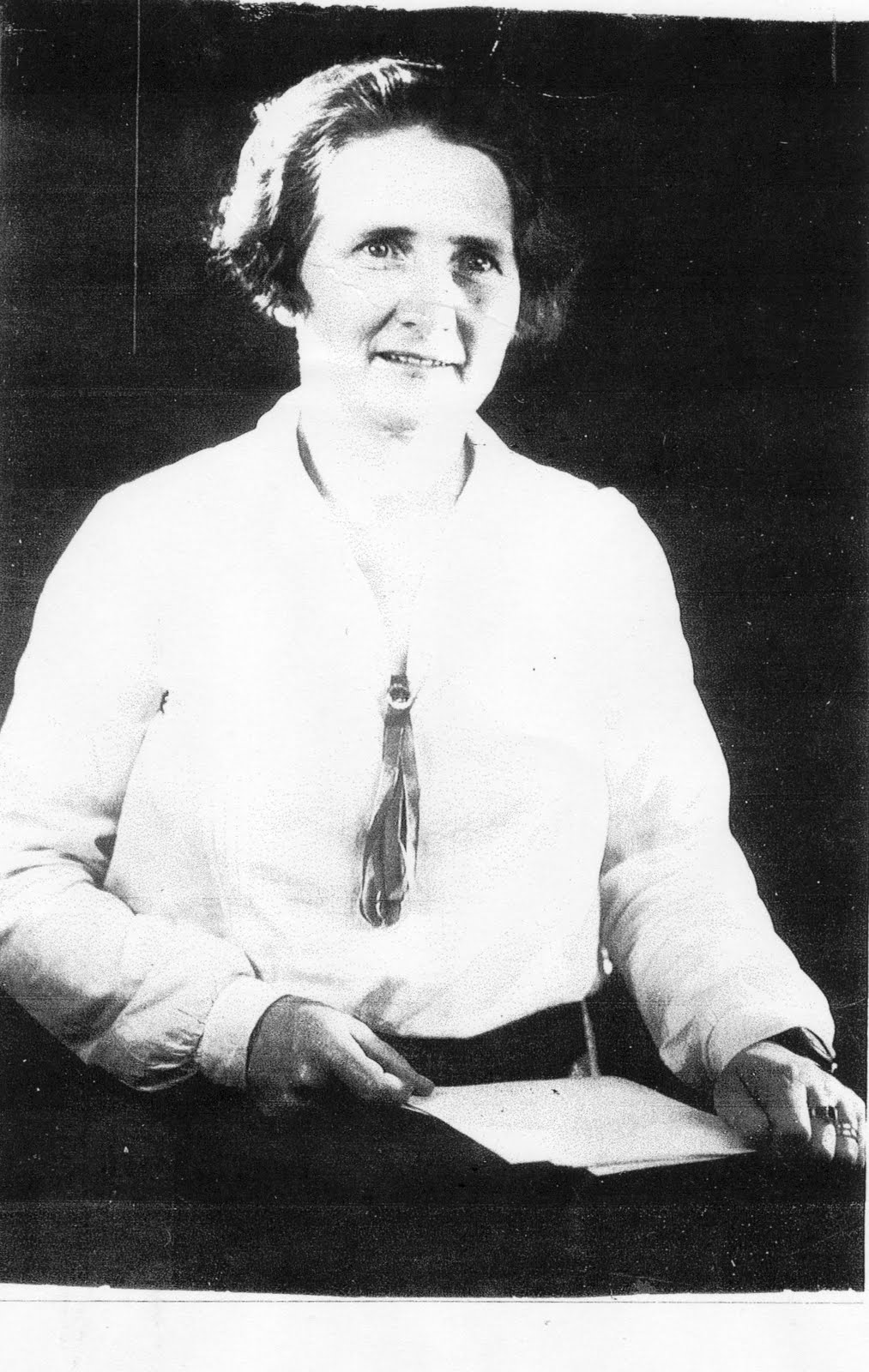