Hulda Lundin was a pedagogue who designed the Stockholm model — also known as the Lundin model — of teaching women’s handicrafts, a method which came to dominate Swedish instruction in textile handicrafts for over 50 years.

Hulda Lundin was born in 1847 in Kristianstad. She was the third daughter of Anders Lundin, a tailor, and his wife Christina Andersson. Initially she attended Mamsell Pravitz småbarnsskola (Mamsell Pravitz’ junior school) and then became a pupil at Dahlska Flickskolan (the Dahl school for girls). One of her subjects during the eight years she attended Dahlska Flickskolan was languages. This facilitated her later travels and study trips to Great Britain and Germany. When she was 15 years old she began to teach the younger pupils at the school she was attending herself. Once she had completed her schooling she continued to teach for two years. When she was 19 years old she ran a junior school in her hometown.

In 1867 Hulda Lundin moved to Stockholm where her sister, Augusta Lundin, ran a fashion studio. During her first five years in Stockholm she served as an assistant teacher at Klara folkskola (Klara public school). In 1869 she attended Fröknarna Rossanders lärokurs för fruntimmer (the Misses Rossander’s training course for women), an evening school for women who wanted to complete their education. In 1874 Hulda Lundin became a fulltime employee of Stockholm’s public schools. Two years later she was appointed teacher at the Katarina public school and she remained there until 1905. Hulda Lundin lacked formal teaching qualifications and was therefore initially employed as an assistant teacher. Following a few years of work she was able to count her experience as a qualification and thus became considered a qualified teacher. During her early years in Stockholm she undertook several trips abroad in order to experience teacher training in women’s handicrafts, amongst other things. Hulda Lundin, along with the woodworking instructor Otto Salomon, attended the Chicago World’s Fair in 1893 at which she was responsible for a display of women’s handicrafts.

Hulda Lundin also wrote books on sewing and handicrafts. Klädsömnad was published in 1888, followed in 1892 by Handledning i metodisk undervisning i kvinnlig slöjd. Her books were printed in many editions even after her death. Her first book, Klädsömnad, is a guide on how to create sewing patterns appropriate to the women of her era. Her second book was used during teacher training and as a textbook in public schools. Her texts on the pedagogic approach to instruction, her descriptions of sewing products, along with her recommendations for planning the school year, all served to make her book an important resource for Swedish schools for many years. The finished items made using the books are simple, with practical use typically given greater consideration than aesthetic quality. According to Andrea Eneroth, female public school students would, by making the products in Hulda Lundin’s book, be prepared for life without needing the items which pupils at girls’ schools produced. In 1924 Elsa Valentin published a guide entitled Skolslöjd för flickor (Stockholmsmodellen) which in the main is very similar to Hulda Lundin’s already extant guide. The Stockholm model as expressed in Elsa Valentin’s books continued to be used at many schools until the 1950s.

In 1885 Hulda Lundin was appointed inspector of handicrafts in Stockholm. In this role she trained the female teachers of the capital city in handicrafts, decided how courses should be run, and was responsible for procuring materials. She was the first female member of the central committee of Sveriges Allmänna Folkskollärarförening (SFA: teachers’ association of Sweden). Within this sphere she campaigned for female and male teachers to receive equal salaries. She was also active within the struggle for female suffrage and was a member of the board of Svenska Kvinnors Nationalförbund (the national association of Swedish women) from 1896-1912.

Hulda Lundin died in Stockholm in 1921. She is buried at Norra begravningsplatsen in Solna. 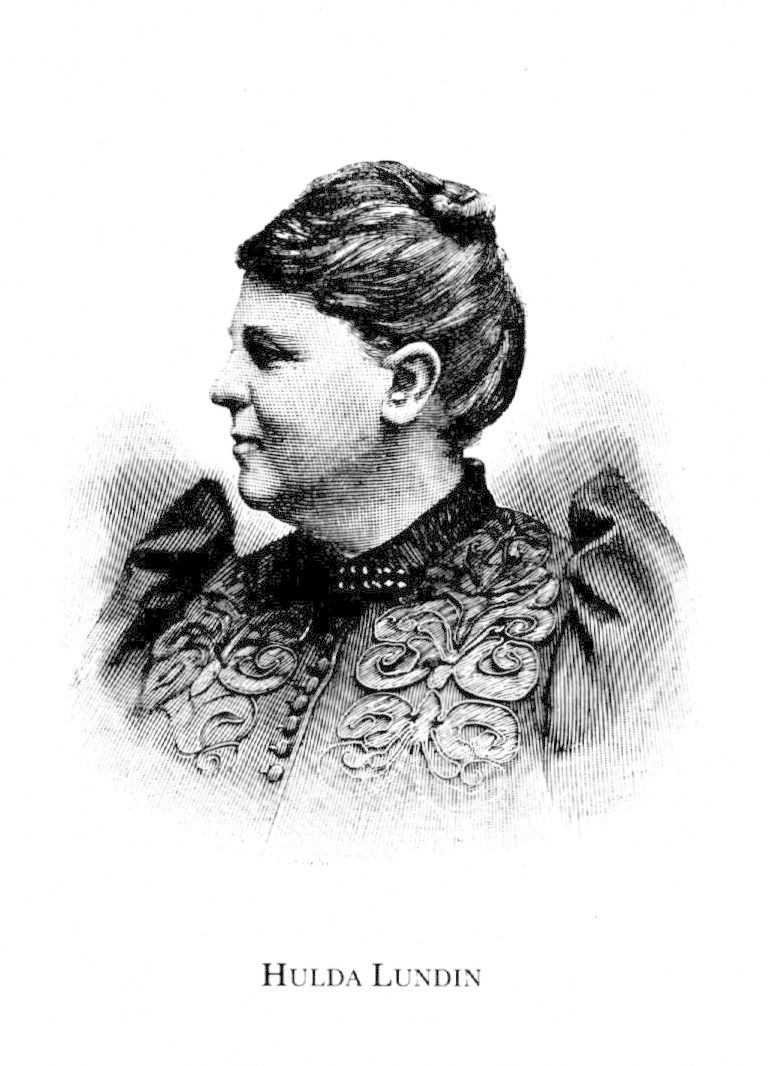