Ida von Schulzenheim was an artist who was known for her animal motifs and home district care. She founded the Swedish women artists’ association Föreningen Svenska konstnärinnor that she led for several decades.

Ida von Schulzenheim was born in 1859 on the family estate Västlandaholm in Skedvi. She was the elder daughter of Ida, née Cederborgh, and Baron David von Schulzenheim. Her father was the superintendent of schnapps production in Sweden and a member of parliament. The family had two sons, David and Carl, and one more daughter, Eleonora.

Ida von Schulzenheim’s father was a great animal lover and the family sometimes had as many as twelve dogs, who were all allowed to range freely. Their daughter inherited this interest in animals and often said: “When I grow up I’m going to paint dogs”.

Ida von Schulzenheim started at the handicrafts college Slöjdskolan (later Tekniska skolan, now Konstfack) in Stockholm at the age of nineteen after the family had moved to the capital. After one year, she started her studies at the Royal Swedish Academy of Fine Arts and studied “the antique period” and “modelling” in 1878–1884. She worked diligently and painted a good deal but after having left the Academy of Fine Arts she allowed herself according to an interview in the magazine Idun, to “enjoy herself with being in poor health”. In 1888, she decided however to take art seriously and travelled to Paris. A scholarship from the Academy of Fine Arts made it possible for her to study for the French painters Julien Dupré, Rodophe Julian, Jules Joseph Lefebvre, and Jean Joseph Benjamin-Constant until 1893.

Ida von Schulzenheim soon excelled among the Scandinavian artists in Paris. She was awarded an honourable mention for a characteristic dog painting at the world exhibition in Paris in 1889 and the following year a silver medal at the great art exhibition in Amiens. Awards continued to roll in and at the Academy of Fine Arts’ exhibition in Stockholm in 1891, she was awarded the royal medal. Her painting was also noticed at the great art exhibition in Gothenburg the same year. Ida von Schulzenheim was not satisfied just by painting and exhibiting. She studied etching with Tryggve Hermelin and later showed oils at an exhibition of his watercolours.

In 1892, one of Ida von Schulzenheim’s paintings was awarded yet another honourable mention at the salon at Champs de Mars in Paris. The year after, she exhibited at the world exhibition in Chicago with other great names like Prince Eugen, Bruno Liljefors, Carl Larsson, Oscar Björck and Nils Kreuger. Ida von Schulzenheim’s Vinthundar was rewarded with a gold medal.

In 1893, Ida von Schulzenheim returned to Sweden. She spent time at her parents’ home in Stockholm but moved to her brother David who was a county governor living in Villastaden in Gävle. There she was able to have dogs. She had greyhounds and dachshunds who all became her models. In the grounds there was an old barn that she had turned into an atelier. She furnished it in rural style and collected old rural-style objects from all over the country. Among other things, the door to the atelier had previously been the door to the sacristy in Torsåker Church. When the Gästrikland homecrafts association was founded in 1913, she was among the driving forces and she was the chairperson and had other board assignments for a number of years. As early as 1910, the Swedish women artists’ association Föreningen Svenska konstnärinnor was founded. Ida von Schulzenheim was the driving inspiration and organiser and was elected the first chairwoman, an assignment that she had for 29 years. She and other women artists had tired of being excluded from being members of art associations. The need for women artists to organise themselves was therefore great, and the year after the founding of the association, it already had more than 80 members. Ida von Schulzenheim considered that the founding of the association was a last possible solution: “You do not believe that we women artists would ever think of separating ourselves in a group if our only shared characteristic was that we were women? I mean, would we want to appear and exhibit on our own, if we were not compelled thereto by necessity?”

The goal of the association was to gather all women artists irrespective of style and focus. Their first public exhibition with 180 participants took place at the Academy of Fine Arts in 1911. It was followed by many exhibitions, for example in Lund in 1912, Vienna in 1913 and the Baltic Exhibition in 1914. Ida von Schulzenheim advocated that women should also devote themselves to art criticism and herself published the magazine Konst in 1911–1917. On the board of Svenska konstnärinnor sat for example Hilma af Klint, Ida Thoresen, Tyra Kleen and Anna Ödman during the years.

Ida von Schulzenheim painted landscapes but is most known for her animal portraits of cows, rabbits and other tame animals. She was the most fashionable dog portrait painter of her day and was on several occasions given assignments by the court. She painted Queen Sofia “darlingest pooch”. The dogs of the crown princess at that time, Victoria, were also portrayed and the canvases shown at Theodor Blanch’s art salon.

After having been celebrated on her eightieth birthday with pomp and circumstance, speeches and congratulations, Ida von Schulzenheim participated as the oldest artist in the Gävleborg county art association’s collective exhibition at the Academy of Fine Arts in February 1939. She had then moved to Stockholm, to a hotel room in Östermalm. Upon her death, she left thousands of old objects stored in the attic of her brother’s house in Gävle. They were of all kinds and value, most from the 1600s and 1700s. They were sold at an auction in Stockholm.

Ida von Schulzenheim is represented at the National Museum and the Kungliga biblioteket in Stockholm, Gävle Museum and the Östergötland Museum. She was awarded the Litteris et Artibus medal in 1927.

Ida von Schulzenheim died in 1940 at 81 years of age. Her remains rest in the Adlerbergska/Schulzenheimska crypt, the so-called Pyramid, in Järfälla Church. 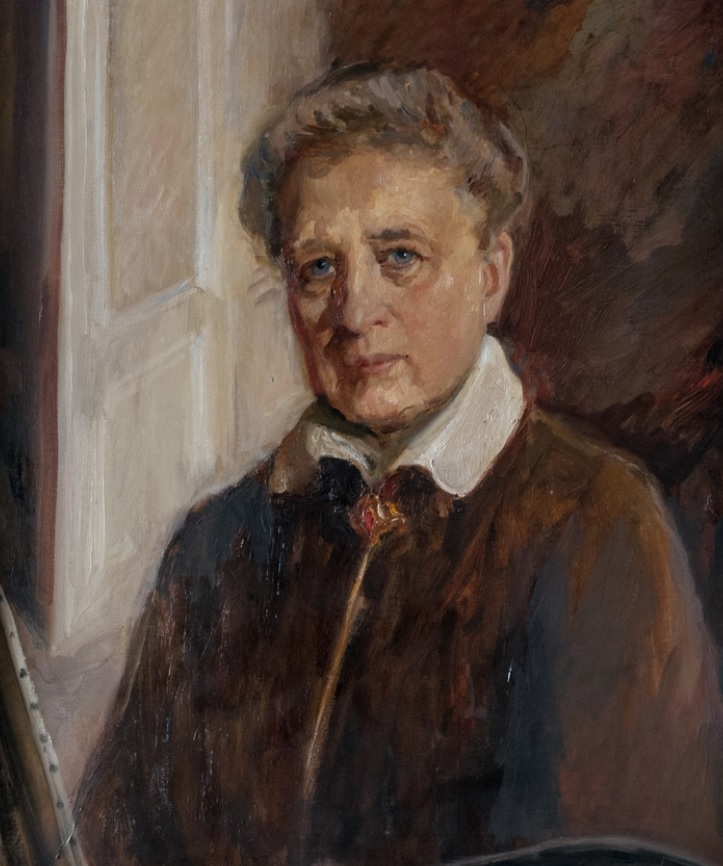