Ida Gawell-Blumenthal – better known as Delsbostintan – was a Swedish storyteller, an entertainer, a local history enthusiast, a ballad singer, and a folk musician.

Ida Gawell-Blumenthal was born in Arbrå in 1869. Her father, Jonas Gawell, was a parish pastor who died when Ida was just twelve years old. Her mother, Sophie Gawell, took her children and moved to Gävle where Ida Gawell-Blumenthal began attending the Själand girls’ school. When her brother-in law, the assistant vicar of Delsbo Carl Måhlen, was going to confirm her she returned to Hälsingland where she remained for six months. During that time she absorbed all of the local culture just as she had done as a child when listening to the maid Anna-Mora from Fäbod tell stories of both real and imaginary beings, or when Gummens-Hans from the poorhouse came to the farms and played his psalmodicon.

Once she was back in Gävle Ida Gawell-Blumenthal took a job as a writer’s assistant for the Norrlands-Posten newspaper. She then suffered the tragedy of losing her brother, Albert – who at the time was a sheriff in Alfta – when he was shot and killed in 1892 while raiding a speakeasy in Mossbo. The event garnered great attention and one of the perpetrators – albeit not the shooter – was condemned to death and executed at Gävle prison.

Ida Gawell-Blumenthal’s life underwent an important change in the winter of 1895 when a bazaar was held at the town hall in Gävle. At her suggestion a Delsbo cottage was done up as a café in which four Hälsinge natives provided hospitality. These were mistress Ingre-Mora, the maid Brita – who was played by Ida Gawell-Blumenthal herself – the young maid Margret, and the servant boy Pelle. It was an overwhelming success.

The founder of the Nordiska museum and Skansen, Artur Hazelius got wind of this success and asked Ida Gawell-Blumenthal if she and her friends could come to Stockholm and perform at Skansen’s spring festival. Ida Gawell-Blumenthal stormed the capital city dressed in Delsbo local costume, speaking the local dialect, recounting amusing stories, and singing some ballads. She thus became known as Delsbostintan and her repartee and dialect turned her into a legend of Skansen. Later she would appear at Bollnässtugan, which moved to Skansen in 1892, and was one of the many who contributed to setting up and opening of Delsbogård in 1940.

In 1895 Ida Gawell-Blumenthal moved to Stockholm, attended classes at the Tekniska skola (Konstfack) (now the art college) from 1895-1898 in order to realise her dream of becoming a sculptor. She also wrote stories for Albert Engström's comic magazine Strix. She received increasing requests to perform as an entertainer, included a gig for the major Stockholm exhibition of 1897.

In 1898 Ida Gawell-Blumenthal married Moritz Blumenthal, a doctor, with whom she went on to have six children over the ensuing decade. This did not stop her from touring across Sweden and the neighbouring countries, and twice, in 1908 and 1925, she put on a series of acclaimed performances in America’s ‘Swedish’ towns. From 1926 she also frequently appeared as a radio guest, of which one of the most frequently repeated programmes over a ten-year period was Luciakväll hos Stintan.

Ida Gawell-Blumenthal was exceedingly musical and saved a range of folk tunes from permanent loss. She played tunes on a fipple flute which she had been given by the artist Anders Zorn when he painted her portrait in 1906. Two years later she competed in the first Delsbostämma. The composer Kurt Atterberg later wrote ballads about Delsbostintan, which he used in his ballet called De fåvitska jungfrurna.

Further to the 1898 collection entitled Gamla danslåtar från Hälsingland, and other pamphlets containing ballads and songs, Ida Gawell-Blumenthal also published her tales from travelling, her childhood, and about bygone times in Hälsingland in a series of books entitled Stintans Amerikafärd, from 1908, Från hembygd och färdvägar, from 1913, her magnificent Delsbo, from 1915, and Hälsingehistorier, from 1945. In 1931 and 1932 she also contributed an autobiographical series to the journal Idun.

Less frequently Ida Gawell-Blumenthal even appeared in films. During the silent movie era she played major roles in several Swedish productions, including Victor Sjöström’s 1923 film Eld ombord, and his 1926 film Fänrik Ståls sägner in which she played the character of Lotta Svärd. She also acted in various advertising films.

Ida Gawell-Blumenthal died on 14 May 1953. She had been resident at Norr Mälarstrand since 1939. She was buried at Arbrå cemetery in Bollnäs. On the 50th anniversary of her death, in 2003, a statue was raised in Delsbo in recognition of her contributions to the Dellen district. Every summer since then a Delsbostintan’s Day has been held in her honour. 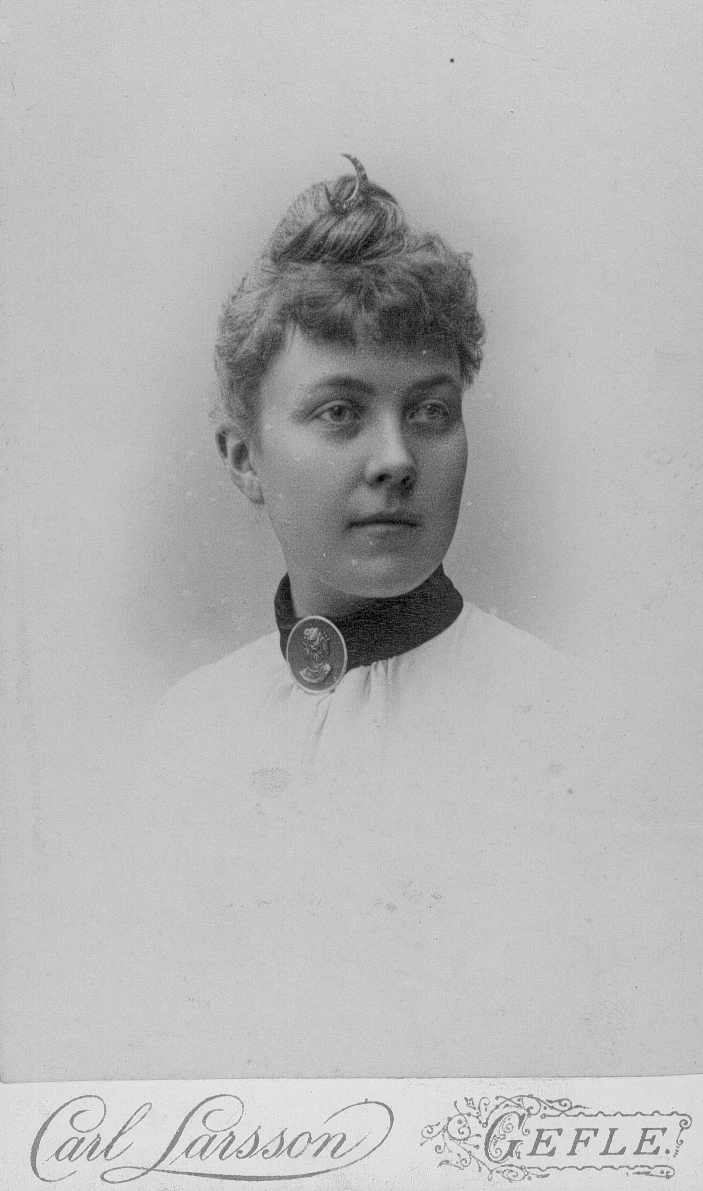