Ida Jonatansson was the first unmarried woman to be appointed as a missionary within Svenska kyrkans mission (SKM). She was appointed in 1884 to work in school- and children’s home enterprises in South Africa.

Ida Jonatansson was born in Norra Solberg congregation, Linköping diocese, in 1859. Her parents were Jonathan Johannesson, a freeholder, and Ann Svensdotter. The family numbered five children. Local interest in missionary work was expressed through the establishment of Solberga Yttre Missionsförening (missionary association) and Ida Jonatansson’s father was one of the first people to join the association. One notable member of Ida Jonatansson’s extended family was Hjalmar Danell, who became secretary of SKM and later served as bishop of Skara diocese.

Ida Jonatansson was a junior-school teacher and had spent seven years working as such before she was appointed as a missionary. During her initial teaching years she had not had any formal qualifications. She then undertook a month-long course in Skara and graduated as a junior-school teacher in 1881. With the encouragement of the mission board she then attended the midwifery course in Stockholm. The skills she learned there later primarily served her in her role as midwife to the wives of missionaries.

Despite her limited training and relatively poor financial background Ida Jonatansson’s appointment as missionary helped to pave the way for a new career opportunity for women with the Swedish Church. Prior to that women had been able to work as organists and deaconesses, but the title and role of missionary had been reserved for male priests. Ida Jonatansson was thus not only the first formally appointed female missionary but was in fact the first woman all told to receive a permanent and salaried post within the Swedish Church. In practise a growing number of women existed who, like Ida Jonatansson, served as teachers and served wider society within the missionary sphere, all of which had a formative impact on the expansion of the Christian church into these areas.

Having travelled for ten days on an ox-drawn cart from Pietermaritzburg in southern Natal Ida Jonatansson finally arrived on 4 September 1884 at the Oscarsberg missionary station, named after the Swedish king Oscar. The journey from Gothenburg to Durban had lasted a whole month. Apart from brief interludes Ida Jonatansson remained at Oscarsberg for the rest of her life. Her task there was to care for twelve girls at the newly-established schoolhouse, teaching them to read, write, and to sew clothes. She became an ersatz mother to these girls. They demanded her presence every day and at all times, every year. Oscarsberg became Ida Jonatansson’s whole world, one which was remote, limited, and conflict-laden. Other missionaries felt that she identified too strongly with her students and that she should remember that she was a representative of the mission and be wary of going native. In Ida Jonatansson’s eyes the Zulu girls she cared for were the best kind of people. A mother should not disappoint the children with which God had seen fit to bless her.

Although Ida Jonatansson referred to the girls at her residential home as children the cohort actually contained girls of various ages, from the youngest at only 6 to the eldest at 20. Ida Jonatansson’s missionary work aimed to teach these African girls about Jesus. In addition to teaching the Christian gospel the missionary school also sought to engender obedience, diligence and decency. Those who wanted to attended baptismal lessons provided by a male missionary. Every Sunday two religious services, again led by male missionaries, were held at the mission station: one in Zulu and the other in Swedish.

Following three years’ work in South Africa Ida Jonatansson was burnt-out and considered returning to Sweden. She complained of being overwhelmed by the number of duties she had. Letters and reports reveal that the reason her workload was so heavy was that the male missionary and leader had no respect for the limits of Ida Jonatansson’s workload. Further to her role at the newly set up children’s home and school it seems that she also had to undertake household work for missionary Witt and his family, a role that was often landed on unmarried women.

Although Ida Jonatansson was the first of her kind, a couple of years later Hedvig Posse also signed up to work within the missionary-school enterprise. Together these two women fought for the right to focus on their work duties without feeling guilty for not devoting enough time to the poorly Mrs Witt. It was not long before Hedvig Posse looked to other roles and she used her own funds to set up a hospital in Dundee, Natal. The issues which arose with pastor Witt and his family, which also involved theological opposition to SKM, eventually led him to resign from his post. In 1890 Ida Jonatansson travelled to Sweden for a one year sabbatical.

On her return to Africa she was pleased to be able to continue her work at Oscarsberg. The school and its associated home was her whole world. At the turn of the century the number of female missionaries, or missionary workers as they were known, had grown considerably. Most of these women were well-educated and were qualified public-school teachers. The missionary-school at Appelsbosch was run by the powerful teacher Beda Wennerquist. Ida Jonatansson felt inferior in the group of qualified school teachers but when she was with her girls she felt at home. She wrote a letter to SKM in 1900: “My students and the children at the home form a major part of my life, as have their children. I have taught them, visited them, tried to help them when they were ill, punished them, cried for them when they have misbehaved: they know, in their deepest souls, that I am their friend who wishes them well. There is nowhere that is as dear to me and as easy to work at as this place.”

Ida Jonatansson also regularly visited the neighbouring African villages to the mission station in order to speak to people, inform them about Jesus, read from the Bible, pray and sing, as any missionary would do. When she retired in 1919 she remained in her meagre but pleasant small cottage near Amoibie in Oscarsberg. 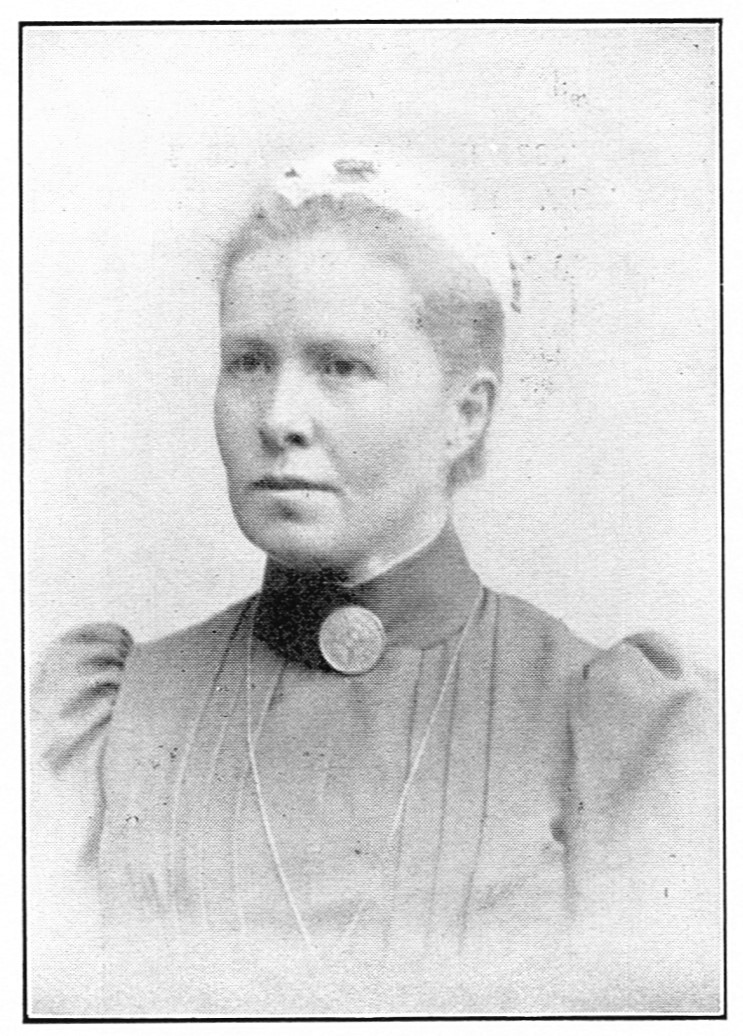