Ida Nilsson was a sculptor. She also contributed to the collection of countryside proverbs and sayings from Scania around the turn of the 1900s.

Ida Nilsson was born on 7 February 1840. She grew up on the corner of Klostergatan/Stora Gråbrödragatan in Lund. Her parents were Sven Nilsson, who was ordained but also worked as a professor of zoology at Lund university, and Elisabeth Cecilia Berg.

Ida Nilsson was the youngest of six children. The significant age difference between the eldest and the youngest – nearly 15 years – meant that her older siblings had already left home when she was growing up. She was left at home with her parents and her maternal aunt, making her somewhat of a “stay-at-home” daughter whose main role was to support her parents. However, this was not how it turned out. The family home often hosted both domestic and international learned visitors keen to share their thoughts and new areas of research. An unpublished manuscript by Ida Nilsson describes her own and her siblings’ childhoods, revealing that their parents endeavoured to provide their children with opportunities to develop their interests and talents.

Ida Nilsson’s education initially occurred within the home where she was instructed by her sister Thora who was 12 years her senior. The childhood memoires also mention going to school in Lund, as well as private tuition in French, English, drawing, and music. Her parents’ expressed goal of promoting their children’s linguistic abilities meant that the family home often hosted dinner guests of foreign origins. Similarly, every Sunday the house was opened up to young academics, often the sons of Ida Nilsson’s father’s student friends, and colleagues, and other known individuals who were visiting Lund. In today’s terms one could say that social and cultural capital was being exchanged, in part through the creation of an extensive contact network. Summers were spent at the Nöbbelöv rectory which was part of Sven Nilsson’s curacy. Ida Nilsson’s childhood memoires describe visits to Nöbbelöv as idyllic. There she and her siblings met children from the surrounding villages, which may have contributed to her later interest in collecting and organising old Scanian proverbial sayings in her later years. She received an education considered at that time to be appropriate for girls. She could not access university but she was able to specialise in two spheres, namely archaeology and art, by other means.

In various texts Påvel Nicklasson has discussed several women who, during the second half of the 1800s, took an interest in archaeology without being formally allowed to enter the field. By dint of undertaking informal fundraising, documenting, sometimes participating in digs, and writing reviews and abstracts of textbooks they were allowed to participate in archaeological exchanges. Nicklasson has included Ida Nilsson amongst these pioneering women as she was able to enter the field through her father. She primarily served as his travel companion and was to all intents and purposes his assistant on his visits to museum collections, historic remains, and conferences. From the second half of the 1800s and right up to the First World War academic conferences experienced a period of blossoming and Ida Nilsson accompanied her father on about ten conference trips to England, Ireland, Germany, France, and Denmark.

The above resulted in Ida Nilsson becoming a well-travelled young woman and, in combination with her considerable beauty, she became a popular figure within society. Fredrika Bremer became an important person in her life. They met at a time when Ida Nilsson and her family were living in Stockholm. When she was 21 years old Ida Nilsson became a part of Fredrika Bremer’s social circle and was able to participate in the social and cultural life of Bremer’s salon. The two women would often meet during the winter months until Fredrika Bremer’s unexpected death in 1865.

During the 1870s Ida Nilsson developed a new interest. At Det Kongelige Danske Kunstakademi in Copenhagen she trained as a sculptor with Professor J. A. Jerichau. Contemporary sources are limited but it is clear that Ida Nilsson was trained to produce plaster models. A letter, dated January 1873, from her good friend Johanna Mestorf – a German archaeologist at the Kiel museum – thanks her for a classically-themed sculptural group which Ida had sent Johanna as a gift. Johanna Mestorf also mentions that Ida Nilsson had told her she was working on a bust of her father, and Johanna said she was keen to order that sculpture for the Kiel museum. Ida Nilsson and Johanna Mestorf became friends and provided each other with collegial support. Their few surviving letters imply that they served as mutual supportive sounding board. Johanna Mestorf discusses Ida Nilsson’s sculpting and asks about her plans for the future. She further confides in Ida Nilsson about her views on her chances of gaining a promoted position at the museum.

Sculptures known to be created by Ida Nilsson have survived. Apart from the previously named bust of her father there is also a bust of her good friend Anna Hierta-Retzius. There are written mentions of a bust of Fredrika Bremer and a medallion of the same can be seen in Kalmar county museum.

Around the turn of the 1900s Ida Nilsson began to collect countryside proverbs and sayings from Scania. She organised and classified them alphabetically into groups based on mammals, birds, amphibians, and insects. She also noted the parish or district of their provenance. This was to be seen as an example of situated learning in which Ida Nilsson made use of her dual position. Her knowledge of Scanian countryfolk which dated from her childhood meant that she understood that the women who worked with her were bearers of a traditional treasury of vocabulary which needed to be documented. Her ease with scientific organising meant that she ordered the sayings in order to facilitate comparisons between content and region. Her decision to collect material where she was also reveals that the home – namely, the kitchen and a library at Klostergatan in Lund – could serve as sites of knowledge creation.

Ida Nilsson died on Christmas Eve 1920. She is buried in the family grave at the Östra cemetery in Lund. 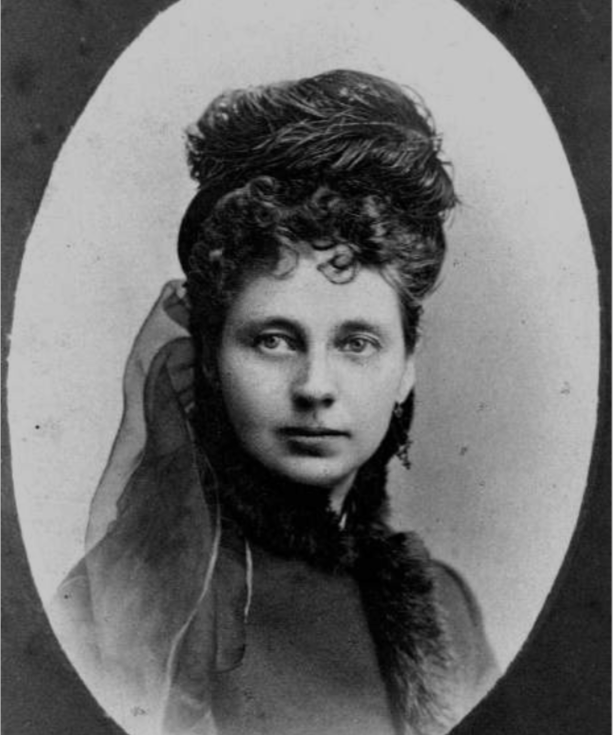