Ida Schmidt was a master gardener who ran one of the first gardening schools for women in Sweden. She was involved in the women’s movement and was one of the country’s first women members of a municipal council and pensioners’ committee as well as the household association.

Ida Schmidt was born in a wealthy family in Karlshamn in 1857. Her father Herman Schmidt is called a wholesale merchant in his estate inventory, but there is also information that he was a bank director. Her mother was Carolina Schmidt, née Böös. Ida had three sisters, Thérèse, Thekla and Louise. Of the four, Louise seems to have been the only one to get married.

Between 1900 and 1910, Ida Schmidt ran a gardening school for women: Agdatorps trädgårdsskola in the southern Swedish province of Blekinge. This was one of the first horticultural educations available to women in Sweden. Previously, a course for women had for a short period existed at Rudolf Abelin’s gardening school at Norrviken in the province of Östergötland, as well as one at a school in the central Swedish province of Närke, run by Stina Swartling. Ida Schmidt started her gardening school outside Karlshamn, and moved it some years later to the farm Agdatorp outside Karlskrona. Her colleague Sigrid Hård af Segerstad was also involved in starting up the school.

Apart from running the gardening school at Agdatorp, Ida Schmidt was active for many years in Karlshamn in the women’s suffrage association Föreningen för kvinnans politiska rösträtt (FKPR, a local branch of the national Landsföreningen för kvinnans politiska rösträtt, LKPR), and she was its chairperson in 1905. Between 1906 and 1914 she was a member of the gardening committee Kommittén för trädgårdsskötselns befrämjande that belonged to the household association Blekinge läns hushållningssällskap. She seems to have been the only woman in any of the association’s committees during these years.

Ida Schmidt was elected to the municipal council in Karlshamn for the liberals in 1910, the first year this was possible for women. She was also a member of the pensioner's committee in Karlshamn from 1914, as one of the first women, since a new law on pensioner's committees allowing women to be elected had come into force the same year. In connection with Ida Schmidt’s sixtieth birthday in 1917, she was celebrated in the magazine Idun, with a photo and a short text in which her time as a municipal politician was mentioned. She was described as ”communally very interested”. Apart from this engagement, Ida Schmidt took the initiative to the local section of the Red Cross in Karlshamn and was its secretary in 1914—1927.

Ida Schmidt had completed her horticultural education in Germany, Denmark and Finland as well as in Sweden. Among her educational merits are several of the few gardening schools open to women at that time: Charlottenburg in Germany, clergyman’s wife Nora Pöyhönen’s school in Finland and Rudolf Abelin’s gardening school in Östergötland. Sigrid Hård af Segerstad described her in 1906 as ”one of the most, not to say the most assiduous and purposeful of all, in her studies and work for gardening”.

In Ida Schmidt’s obituary in Karlshamns Allehanda in 1932, it is emphasised that she had acquired many friends through her noble person and her gentle, friendly essence. One of the free pupils at her gardening school, Valborg Olsson, described in her diary from Agdatorp in 1907 how much she was going to miss ”Fröken Schmidt at Agdatorp”. This indicates that the school founder was also much appreciated among its pupils.

Tuition at Agdatorp’s women’s school of gardening was both practical and theoretical. The course was only one season long and not a complete master gardener education. Particular importance was given to the use of the garden products in the household, their conservation and the preparation of fruit wines. The school won prizes at several garden shows and Ida Schmidt also participated on the board of similar shows. During the eleven years that the school existed, it had altogether 132 pupils. The pupils seem to have come from many different walks of life.

Every year, four free pupils were accepted, with support from the county household association, but there were also wealthy pupils who helped to finance the education with their own funds.

Ida Schmidt’s decision to close the school in 1910 probably had several reasons. According to the historian of Hushållningssällskapet, Hugo Wachtmeister, it was not because of lack of interest from applicants, but because of difficulties in getting the school to be financially viable. That may have been the case, but in 1910 there were also many more opportunities for women wanting a gardening education than there had been when Ida Schmidt and Sigrid Hård af Segerstad started their enterprise in 1900. There was thus not the same intense need of gardening schools aimed specifically at women. Perhaps it was also the case that Ida Schmidt wanted to put her energies into other things, like for example municipal politics. If, and in that case in which way, Ida Schmidt spent time and energy on gardening between 1910 and her death in 1932, is not known. 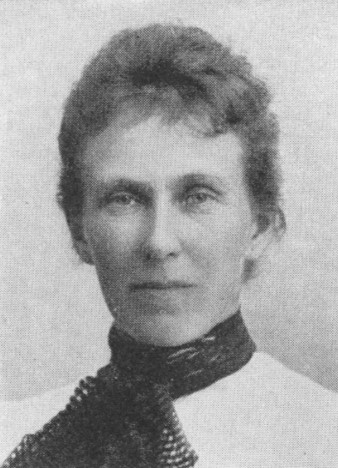