Inga Ålenius was a much-loved Swedish actor who studied her craft at Stadsteatern in Norrköping-Linköping (now Östgötateatern). She was best-known by the general public for the many supporting roles she played – maids, home-help, mothers, neighbours. These roles helped strengthen the realism and everyday element of popular TV-series such as Hem till byn, Raskens, and Mor gifter sig.

Inga Ålenius was born in the Maria Magdalena congregation in Stockholm in 1938. Her parents divorced while she was still young and she spent most of her childhood living with her maternal grandfather, a plumber, and her maternal grandmother, who was a housewife. Having completed eight years at public school she then worked at a plaster factory and at the Luma lamp factory before she applied and was accepted at the Witzansky drama school, where her classmates included Britt Ekland, Evabritt Strandberg, and Marie Göranzon.

In 1963, when Inga Ålenius was 25 years old, she was accepted into the Stadsteatern Norrköping-Linköping theatre school on her fourth attempt. On completing her training there she performed her first stage roles at that same theatre, including Anna in Maxim Gorky’s The Lower Depths, directed by Lars Gerhard Norberg, and Eva in Heinrich von Kleist’s Den sönderslagna krukan, directed by Sture Ericson, both in 1967. She was employed at the Norrbotten theatre the following year and from 1970 until 1988 she was engaged at Folkteatern in Gothenburg. One of the parts she performed at the latter was in Kent Andersson’s and Lennart Hjulström’s 1979 production, Happyland. During this period she also became established as a film actor and appeared in several TV-series which had broad and popular appeal and were sometimes connected with the ‘pilsner’ films of the 1930s. Inga Ålenius thus, in addition to her stage performances, appeared in over thirty TV-series and TV-films as well a ten silver-screen films. She became one of Sweden’s most frequently hired actors for cinematic supporting roles.

Inga Ålenius’s first film appearance was in Under ditt parasoll, Ragnar Frisk’s 1968 musical with the Sven-Ingvars dance band. Badjävlar, Christian Lund’s TV-film from 1971, with a script by Lars Molin and in which Inga Ålenius played Ellen Svensson, was more of a public success. Inga Ålenius appeared in Sweden’s longest-lasting TV-series, Hem till byn, which ran from 1971 until 2006 and was scripted by Bengt Bratt. In the series she played the part of Astrid Ljung, the assistant at the general store, and aged 30 years in tandem with the series. She also played the part of Gunhild the waitress in Christian Lund’s Tjocka släkten TV-series from 1975, also scripted by Lars Molin. She played the part of Oskar’s maid in Per Sjöstrand’s Raskens, from 1976, adapted from the Vilhelm Moberg novel of the same name. She performed the role of Sockersirupen in Per Sjöstrand’s film adaptation of Moa Martinson’s Mor gifter sig which aired as a drama series on Sveriges television from December 1979 until February 1980.

Inga Ålenius also appeared, for example, in Håkan Ersgård’s TV-series called Hedebyborna, scripted by Sven Delblanc; she played Dagmar Larsson in Skilda världar, from 1996 which was the first Swedish dramatic series to be shown five days a week; she portrayed the lady post-master in Gunilla Linn Persson’s and Lars Bill Lundholm’s drama series, Skärgårdsdoktorn, which ran from 1997 to 2000 and was directed by Martin Asphaug and Daniel Lind Lagerlöf; she played Granny Ljungh in Kristina Humle’s TV-adaptation of Staffan Göthe’s En uppstoppad hund, in 2006; and Anna, mother of the three sisters in Maria Blom’s first film Masjävlar, from 2004. In addition to these roles Inga Ålenius also appeared in Ingmar Bergman’s Fanny och Alexander, from 1982, playing Lisen, a maid in the Ekdahl house, as well as in Bille August’s Den goda viljan, from 1992, in which she played Alve Nykvist.

Inga Ålenius spent her final years in Helsingborg where she performed opposite her idol, Nils Poppe, at the Fredriksdal outdoor theatre in Två man om en änka in 1990, in Spanska flugan in 1992, and in Bröderna Östermans huskors in 1993. The latter would be the last production in which Poppe appeared. Inga Ålenius also performed at the Helsingborg stadsteater. Her final stage performance was in the lead role opposite Eva Rydberg in Carin Mannheimer’s I sista minuten, directed by Christian Tomner in 2013. Inga Ålenius appeared in three children’s-programme advent calendars on TV and she often appeared in Bolibompa as Kickan in Cirkuskiosken.

Inga Ålenius died in Helsingborg in 2017, aged 78. She is buried in the memorial garden at Skogskyrkogården in the same town. 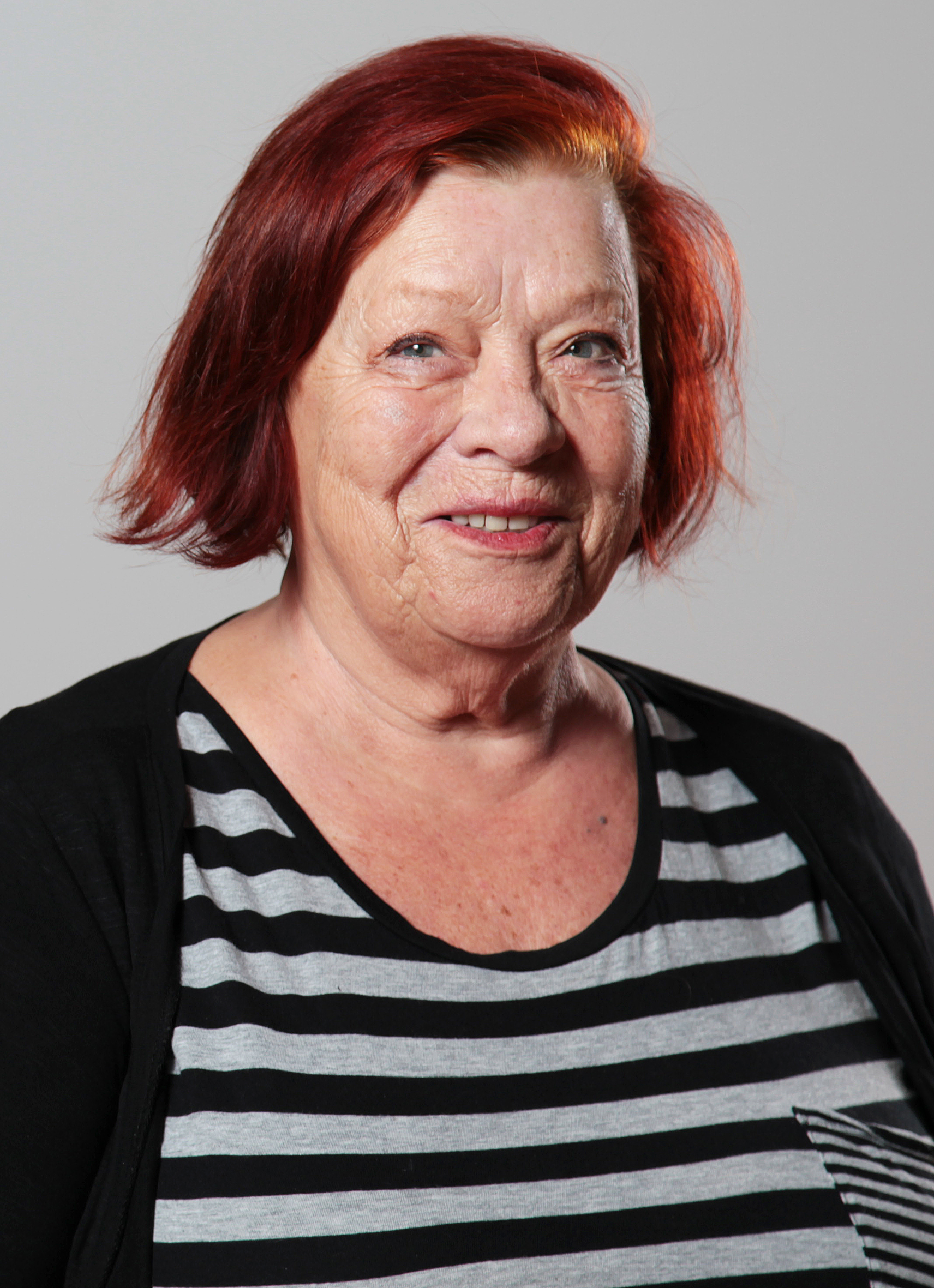