Ingeborg Björklund was an author, poet and journalist. She had her period of greatness as an author in the interwar period when women writers made their debuts on a broad front. She was active from the mid-1920s until her death in 1974.

Ingeborg Björklund was born in Gothenburg in 1897 and was an enthusiastic reader from an early age. In 1919, she started studying at Lund University and qualified as a teacher in 1924. In the summer of 1919, an event occurred that changed her life and left traces in her poetry. During a visit to her mother in Tyringe in north-eastern Skåne, she was subjected to a rape by a junior Austrian officer. She became pregnant and had her child out of wedlock, and had to suffer prejudice and social stigmatisation. She has said that the experience contributed to making her politically aware.

In Lund, she published her poems in the daily newspaper Lunds Dagblad and was engaged in the socialist Swedish Clarté association and the communist party Sveriges Kommunistiska Parti, SKP. In Clarté, she met the radical leftist author Arnold Ljungdal, whom she married in 1926 after they had moved to Stockholm. The same year, she published her first novel, the socially critical En kvinna på väg that raises the issue of the single, unmarried mother’s vulnerability. The year after, she published her collection of poems Den spända strängen. At the end of the 1920s and during the 1930s, she was active as a culture journalist, on Lunds Dagblad, Folkets Dagblad (the organ for the communist party Sveriges Kommunistiska Parti) and Tidevarvet among other papers. Around 1930, she was a member of the cultural group Spektrum, and published a magazine with the same name, in which Josef Riwkin was the central figure.

In 1931, Ingeborg Björklund divorced Arnold Ljungdal. She remarried in 1935. Her second husband was the physician Erik Bexell and with him she had her son Vilhelm, but the marriage was dissolved in 1936.

The thirties were a productive period for her with several volumes of poetry and the autobiographically-inspired novels Våren in 1930, Månen över Lund in 1931 and Han som sjöng in 1935. Her texts often dealt with women’s erotic and intellectual development. She also published political texts, among them the little document Hur blir kvinnorna lyckligare? in 1932, which was election propaganda for SKP. She gradually progressed to writing historical novels and school textbooks in grammar and religious knowledge. At the beginning of the 1950s, she worked as a teacher at the girls’ school Norrmalms flickskola and at the grammar school Enskede läroverk, and at the age of sixty-five, in 1962, she took her B. A. at Stockholm University. Her last books were published by the cooperative publishing company Förenade författare of which she was chairperson in 1964. 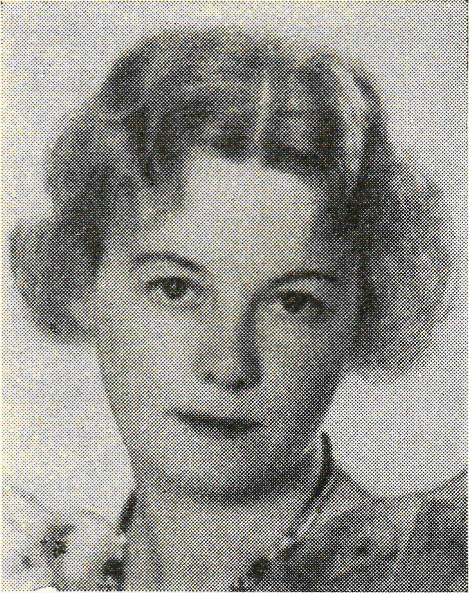