Ingeborg Charlotte Caroline Frederikke Louise was Princess of Denmark, Sweden and Norway as well as Duchess of Västergötland in Sweden. She was also a dedicated philanthropist.

Ingeborg was born a Danish princess in 1878. Her father was the Danish crown prince and later King Fredrik VIII. Her mother was the Swedish princess Lovisa, the only child of Karl XV. Ingeborg grew up at the royal family’s castle in Copenhagen as the fifth of eight children. When she was seventeen, she was betrothed to her cousin, the Swedish Prince Carl, son of Oscar II and Sofia of Nassau. He was twice as old as she. Ingeborg moved to Sweden in 1897 and settled down with her husband in a villa in Djurgården in Stockholm. Ingeborg and Carl had four children. Margareta became a Danish princess, Märta a Norwegian princess and Astrid Queen of Belgium. Their son Carl resigned his royal title to be able to marry a woman without aristocratic parentage.

During the Swedish queens Sofia of Nassau’s and Viktoria of Baden’s many sojourns abroad, Ingeborg undertook several of these queens’ entertainment assignments. It was pointed out by her contemporaries that she of all the princesses who had married into the Swedish royal family was the one who had best succeeded in the task of being a Swedish Queen. At the dissolution of the Swedish-Norwegian Union in 1905, Ingeborg was an important link between the three Scandinavian royal houses. Her husband Prince Carl had himself declined the invitation to become King of Norway and Ingeborg’s brother was chosen to be Haakon VII of Norway. Ingeborg thereby became sister to both the Norwegian and the Danish kings as well as daughter-in-law to the Swedish King.

Despite the members of the royal house being expected to keep their political ideas private, especially the female members, Ingeborg’s opinions sometimes became generally known. During the second world war, her political engagement became visible when she was observed as having put up blackout curtains in the windows of her apartment facing the German legation.

As was the case with all princesses during the 1800s and 1900s, Ingeborg was expected to get involved in charity work, above all enterprises concerning children and mothers. Ingeborg’s contribution was above all the still-existing association Sällskapet Barnavård of which she was the chairwoman from its foundation in 1900 until her death in 1958. The association grew out of the Fredrika-Bremer-Association and aimed at increasing knowledge about the care and upbringing of children. During Ingeborg’s life, the association’s work focused mainly on educational enterprises. Education on the care of infants was given to so-called baby-minders, who were later to go to work for families. The association also educated young women who were engaged to be married in how to take care of their future children. Additionally, it ran a home for infants in Stockholm where the parents or guardians left the babies in the morning and collected them in the evening.

Ingeborg died in Stockholm in 1958 and is buried at the royal burial place in Haga. 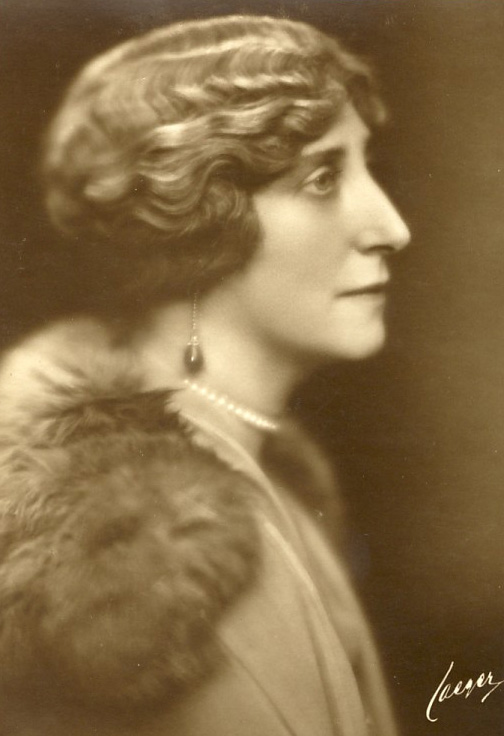