Irma Åstrand was a pioneer researcher in the field of work physiology, with a focus on the various conditions and demands of working life. She was active during the second half of the 1900s.

Irma Åstrand was born on 13 March 1927 in Falköping. Her mother was Elna Andersson, née Johansson and her father was Arvid Andersson, a master carpenter and factory owner. They had four children who later changed their surname to Ryhming. After matriculating at the Skövde grammar school in 1946, Irma Åstrand studied at the Gymnastiska centralinstitutet (GCI, now Gymnastik- och idrottshögskolan, GIH) in Stockholm in 1946–1948. After that she was made an assistant secretary at GCI’s department of physiology. It had been developed by Professor Erik Hohwü-Christensen, and became an important foundation for her path in life.

In 1949, Irma Åstrand studied to be a doctor at the Karolinska Institutet (KI) in Stockholm, and gained her B. Med. in 1951. Parallel with her studies, she continued as an assistant secretary at GCI. In 1953, she published her first scientific work, as a single author. It dealt with a modified work test (Harvard step test) to calculate physical condition. The year after, she and her husband-to-be Per-Olof Åstrand published another study in which a cycle ergometer was used for the same purpose. The test later received extensive international spreading under the name The Åstrand Test.

Irma Åstrand’s 1950s continued to be influenced by her medical studies as well as research into basic and applied work physiology. For example, she carried out a series of studies on the physiology of intermittent work. Irma Åstrand took her Licentiate examination in 1955, and during the next five years she was active on and off at GCI, the laboratories for clinical physiology at Karolinska sjukhuset and Serafimerlasarettet, the Department of Physiology at the University of California, Berkeley, USA, and the Division of Research at Lankenau Hospital (now Lankenau Medical Center) in Philadelphia, USA.

In 1960, Irma Åstrand defended her doctoral thesis at the University of Gothenburg: Aerobic work capacity in men and women with special reference to age. Irma Åstrand had then been married for four years to Per-Olof Åstrand. They had two children. During the rest of the 1960s, Irma Åstrand orientated herself chiefly towards the physiology of working life, but at the same time made great contributions in basic work physiology as well as applied research into the effects of training and physical exercise. The physiology of working life became a field of study at GCI from 1951, and Irma Åstrand wrote probably her first work in this field in 1957, under the heading: Fysiologiska aspekter på de skogliga lärlingskurserna. Examples of works that followed that track were: Degree of strain during building work as related to individual aerobic work capacity in 1967; Estimating the energy expenditure of housekeeping activities in 1971; and Energy output and work stress in coastal fishing in 1973. Several of these works were carried out at the Arbetsmedicinska institutet, founded in 1966. In May 1970, she was elected as the first woman member of the Ingenjörsvetenskapsakademien (IVA).

During the 1970s, Irma Åstrand’s research perspective was broadened to include also external environmental influences on work. In a series of groundbreaking studies, she analysed the effects of breathing in various types of solvents during rest and physical work. At that time she was working at the Arbetarskyddsstyrelsen (now Arbetsmiljöverket), and she was made a professor in 1974. Irma Åstrand led the work at the unit for work physiology in the Arbetarskyddsstyrelsen’s work and medicine section, and she published the textbook Arbetsfysiologi in 1977.

By degrees, Irma Åstrand broadened her field of work. In 1979, she was made a member of the computer inspection board Datainspektionen, and in 1980 she was given the same role in the medical research council Medicinska forskningsrådet. In 1981, she was made head of the entire section for work medicine at Arbetarskyddsstyrelsen. When parliament decided to start an independent research institute in the same field, Arbetsmiljöinstitutet, Irma Åstrand was appointed as its first head from 1987 until her retirement in 1992. She then had 29 professors and several hundred other colleagues under her at the institute’s units in Solna and Umeå. When the major national daily newspaper Dagens Nyheter interviewd her at that time, she was described as an inspiring leader and a remarkable woman in social sciences research.

Irma Åstrand had a professional life that was intimately linked to the Swedish welfare state’s concern for the health of employees. When she left her life’s work, she devoted herself to her interests: the family, exercise and open air life, as well as filling her already extensive herbarium. Her curiosity as a researcher was now focused on other things. With especially strong interest, she sought out the history of her relative J.P. Olai, the artist who had created the beautiful park at the Åstrandska family estate in the southern Swedish province of Småland.

Irma Åstrand died in Täby in 2016. She is buried in the graveyard of Kråkshult Church in Eksjö municipal district. 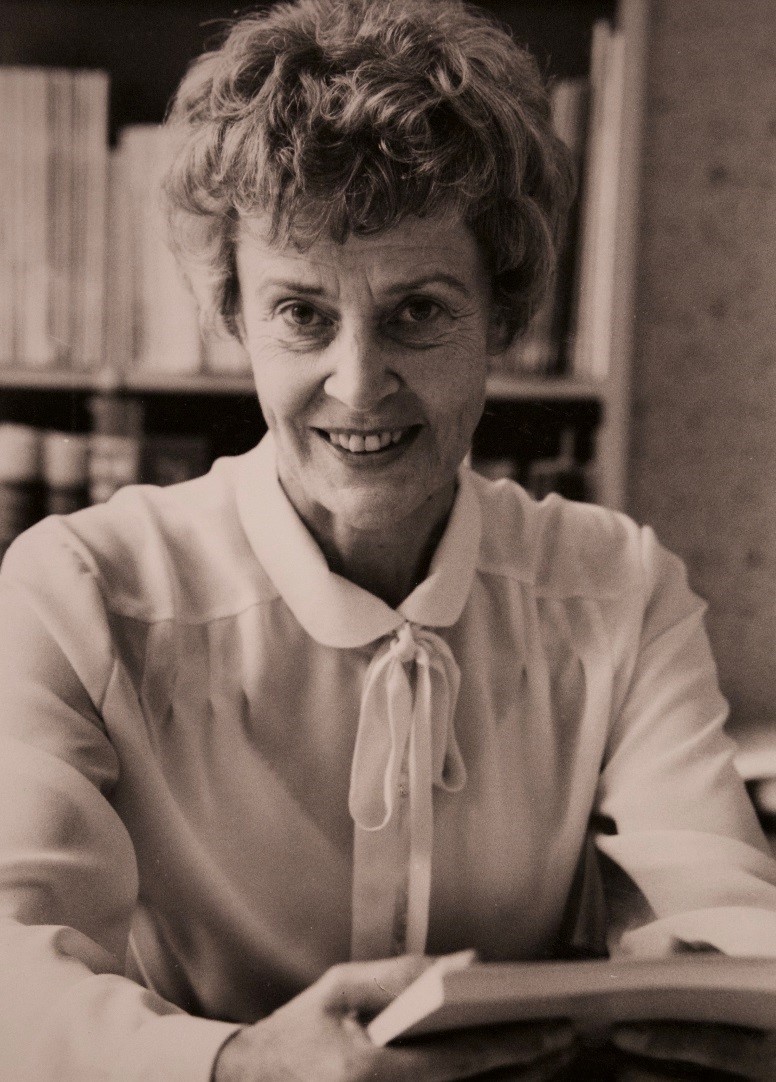