Isa Quensel was a versatile stage performer, director, instructor, translator, text editor, and television celebrity. She became best known for her appearances in television plays and the many films she acted in.

Isa Quensel was born Anna Lisa Schultz in Gothenburg in 1905. She was the daughter of Robert Ferdinand Schultz, a merchant, and his wife Anna (Annie) Mathilda Philip. From 1913–1924 Isa Quensel attended Nya Elementarläroverket för flickor and she then, from 1926–1928, took singing and music lessons from Bernardi in Paris. She subsequently took stage performance lessons from Naima Wifstrand, the operetta singer and actor.

Isa Quensel made her debut whilst still in training. She performed at Blancheteatern in Stockholm in 1925. She then went on to perform at several private theatres in Stockholm and Gothenburg, starting with a production of Rose-Marie at Vasateatern in 1929. Initially she was part of the ballet but quickly went on to play the lead role.

Isa Quensel enjoyed a long, intensive, and fluctuating career. She played different genres and changed her ‘home’ bases several times. From 1935–1940 she was employed at Kungliga Operan (royal opera) in Stockholm where one of her performances was in The Merry Widow in 1939. From 1941–1946 she spent a lengthy period at Stora Teatern in Gothenburg, appearing in Boys in Blue in 1942 and The Marriage of Figaro in 1945. She also appeared in Drei valzer at Oscarsteatern in Stockholm in 1943.

She then returned to Operan in Stockholm, where she remained until 1956, two years after her retirement. When her great singing career came to an end she turned to teaching stage performance at Musikhögskolan (college of music) for ten years. She increasingly focused on spoken drama and direction. She also began to undertake new translations and text revisions of operettas.

In 1955 Isa Quensel directed George Bernard Shaw’s play The Man of Destiny at Alléteatern in Gothenburg and for the newly-established television theatre the same year. She then went on to appear in a lot of TV-roles, several times as a member of the permanent ensemble. She appeared in The Imaginary Invalid in 1959, L’Hôtel du libre échange in 1960, Dr Knock in 1966, The Queen’s Tiara in 1967, and The New Tenant in 1968. The directors of this ‘people’s theatre’ were almost entirely male, apart from rare exceptions such as Gunnel Broström and Eva Sköld.

Isa Quensel returned to perform in several TV-series, such as Kvartetten som sprängdes in 1962 and Lära för livet and Ärliga blå ögon, both in 1977. She further appeared in a few feature-length films such as Kärlek måste vi ha in 1931, Raggen- det är jag det in 1936, Moon over Hellesta in 1958, Do you believe in angels? in 1961, and Swedish Wedding Night in 1964 and Yngsjömordet in 1966.

She also continued working in ‘live theatre’. She played the part of Golde in Fiddler on the Roof at Stora Teatern in Gothenburg in 1968, and again at Stockholms stadsteater (city theatre) the following year. She performed in Molière’s The Miser in 1973. Isa Quensel also directed Gröna hissen at Maximteatern in Stockholm in 1971, as well as The Merry Widow and No no Nanette at Oscarsteatern during the 1974–1975 season. During the last year of her life Isa Quenel directed Greven av Luxemburg and played the part of the grandmother in Söndagspromenaden at Malmö stadsteater.

Isa Quensel’s career literally ended halfway through something. She was about to appear, along with Lars Humble, in Kvitt eller dubbelt a television sports quiz which is now hosted by Ingvar Holm, a professor from Lund. The season started on 31 October 1981. Less than an hour before the live transmission Isa Quensel collapsed due to a brain haemorrhage and was transported to the neurosurgery department in Lund. She died three days later. She is buried at the Stora Tuna cemetery in Borlänge. 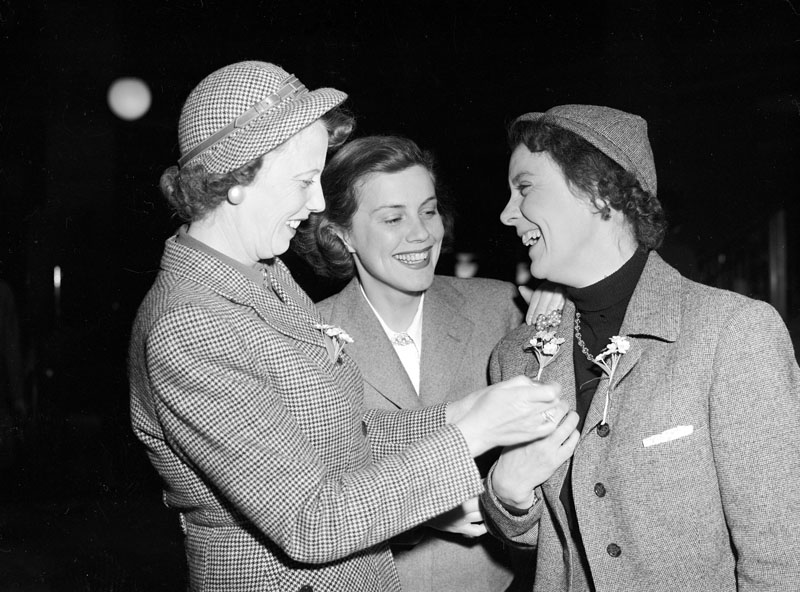