Jenny Matilda Elisabet Hasselquist was a prima ballerina, a ballet teacher, and an actor.

Jenny Hasselquist was born in Stockholm on 31 July, 1894. She was the daughter of parliamentarian Johannes Hasselquist and Sofia Katarina Mathilda Hasselquist, née Ramberg. In 1906 Jenny Hasselquist began attending Kungliga Teatern’s (now Kungliga Operan) ballet school which was run by Gunhild Rosén, a former dancer. Jenny Hasselquist became employed, four years later in 1910, as part of the Kungliga Teatern ballet corps and in 1913 she was promoted to second soloist. At this time she was also a pupil of the famous Russian dancer and choreographer Michel Fokin who from 1913-1914 was a visiting choreographer at Kungliga Teatern. He noticed her talent and gave her the lead roles in La Sylphide, Cleopatra, Scheherazade, Carnival and The Dying Swan, the latter of which had originally been created for Anna Pavlova. Jenny Hasselquist also danced solo roles in Mylitta and Marouf, as well as in Aubert’s opera La Muette de Portici and in Sibelius’ pantomime entitled Scaramouche. Michel Fokin felt that Jenny Hasselquist was of such importance that he requested permission from Kungliga Teatern to take her to Russia to enjoy a career there. These plans came to nought as her father had already signed a contract on behalf of his daughter which still had years to run at Kungliga Teatern. Jenny Hasselquist also took private lessons with Fokin in Elsinore in 1918. Although his style of teaching was very inspiring it was also demanding, focusing on the artistic nature of a ballet as a whole. Expression was to be borne of the dramatic situation.

From 1915 until 1919 Jenny Hasselquist was the Kungliga Teatern ballet’s prima ballerina. In 1919 she was one of the star dancers to perform in Copenhagen when the corps visited the Danish capital. However that was also the year she departed from Kungliga Teatern, believing that instead of fulfilling the innovative developments inspired by Michel Fokin the theatre had stagnated. “I want to work whilst I am still young. I can’t afford to allow my best years go by without doing anything”, she put it. She thus turned abroad in search of a post as a freelance dancer. As one of the London papers described it: “Swedish dancers are coming to London and taking over the city. She [Jenny Hasselquist] is the embodiment of grace and lyrical movement.” The reviewer continued by revealing that now she no longer only performed in Sweden, but also here.

In 1920 Jenny Hasselquist joined the Swedish dancers from Kungliga Teatern who headed off to Paris, under the name Les ballets Suédois and led by Rolf de Maré, an art collector and entrepreneur. He had formed the troupe along with the dancer and choreographer Jean Börlin whilst the other dancers had all been discovered by Fokin. At the troupe’s premier in Paris, performed at Thêatre des Champs-Elysées, Jenny Hasselquist danced the title roles in Jeux, Midsommarvaka, and Iberia to enthusiastic public response. Jean Börlin was considered to be the leading choreographer of the day and Jenny Hasselquist and Carina Ari were viewed as two “incomparable ballerinas”. Jenny Hasselquist later danced the lead role in Les Vierges Folles, Maison de Fous, and in Chopin. The latter had been extracted from Les Sylphides by Börlin. Following a tour in London in early 1921 Jenny Hasselquist left Les ballets Suédois because she felt that she was not being used to her full abilities.

Jenny Hasselquist performed on various foreign stages, not just Copenhagen, Paris, and London, but in Berlin, Brussels, Helsinki, and Oslo as well. She also held her own dance evenings. Some of her memorable performances include Anitra’s dance, Slavonic dance , The Dying Swan, and Valse solenelle. At an early stage she also began to work as an actor, performing on film during the first heyday of the Swedish film industry. Her first appearance was in the 1916 Mauritz Stiller film Balettprimadonnan. She played the lead role in Victor Sjöström’s 1921 film Love’s Crucible, opposite Gösta Ekman. In 1924 she appeared as Marianne Sinclair in Mauritz Stiller’s Gösta Berlings Saga. She performed a total of twenty roles in silent films and two in feature films, including the first Swedish talking picture, entitled The Dream Waltz, from 1929. Jenny Hasselquist also had an international acting career through her German film performances. In 1941 she made a guest appearance at Kungliga Teatern in the mimed lead role of Georg Gé’s ballet The Sacred Flame. Jenny Hasselquist’s talent for mime served her well in silent movies but she was also a proficient actor in feature films and on stages such as at Blancheteatern. During the 1940s she also toured, performing stage roles in Nils Ekstam’s company.

Jenny Matilda Elisabet Hasselquist was married to Wilhelm Kåge from 1918 to 1922. She was subsequently married to the landscape gardener Gösta Reuterswärd from 1923 to 1927. Wilhelm Kåge’s dance and figure sketches of her were used as models for the silver decorations on the famous Gustavsberg series called Argenta from 1930.

Jenny Hasselquist died on June 8, 1978 at Höstsol in Täby. She is buried at Sandsborgskyrkogården in Stockholm. 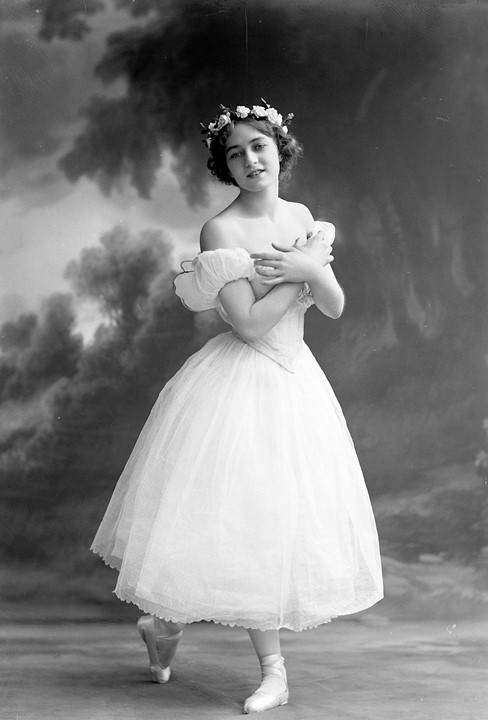