Johanna Hedén was a midwifery pioneer who founded Svenska Barnmorskeförbundet (“the Swedish Association of Midwives”) and was the first female barber surgeon in Sweden.

Johanna Hedén was born in 1837 and grew up in a family of nine children in the sexton’s home in Norrbyås parish in Närke. Her thirst for knowledge was already apparent when she was a child but her father would not let her attend school. She was not allowed to play the violin, unlike her brother Anders, despite the fact that she was naturally musical. According to her father neither school nor playing an instrument were suitable activities for a girl. She therefore taught herself to read and write. When she was nine years old her mother died. Thus when Johanna Hedén was 13 years old she went out to work as a maid. She was employed by a widow in Stockholm who recognised Johanna Hedén’s proclivity for learning. As the only training available to women at the time was midwifery the widow persuaded Johanna Hedén’s eldest brother and guardian, Anders Wallerius, to fund his sister’s living while she underwent training.

After nine months’ basic education and one month’s practical midwifery Johanna Hedén sat her exam, took the midwives’ oath and, as the best pupil, was awarded the prize of an inscribed forceps in January 1858. Armed with this tool, and on the recommendation of her teacher, Professor F.A. Cederschjöld, she was employed by Kall parish and the Gustaf and Carlberg Copperworks in Huså, Jämtland when she was only 22 years old. She had to pay for her midwife’s suitcase, containing all the necessary instruments of her trade, herself. The area Johanna Hedén served comprised 27 square miles, which were largely roadless, and at a great distance from the provincial doctor. However, this did not put her off. She was forced to head out in all sorts of weather, travelling by coach, on horseback, on foot, by boat, by sleigh – sometimes on very thin ice – or in a Laplander’s sledge when heading towards the local Sami settlement. She was very skilled at her work, treated all expectant women equally and was well-liked. At Huså manor she would socialise with people of a higher social class, which was quite unusual for midwives at the time given that they were of a relatively low social standing.

As Johanna Hedén was the only medically trained person in Huså she was also called upon whenever mining accidents occurred. She quickly realised her limitations within this sphere and thus became the first woman to train as a “fältskär”, a barber surgeon. Once she had gained her new skills she returned to Huså. In the famine year of 1867 the copperworks went bankrupt and Johanna Hedén returned to Stockholm. There she was advised to head to Gothenburg where there was need of a competent supervisor for the children’s section at the old Sahlgren hospital, as well as a midwife who could teach midwifery. She began her employment there in December 1867. In order to be able to read the medical texts and to keep herself updated on the latest developments within midwifery she taught herself to read English and German. She made improvements in the available medical care while dealing with the heavy daily workload of her responsibilities as supervisor and teacher.

In 1875 the institution moved to a newly-built maternity home with room for 32 patients. There Johanna Hedén received the title Mrs although she was still unmarried and it seemed likely she would remain “on the shelf”, as she herself put it. However, in 1877 she married the widower and school teacher Peter Hedén and stopped working. In 1878, aged 40, she gave birth to her daughter Ruth, who died of an intestinal infection when barely 11 months old. In 1880 her husband died and Johanna Hedén fell into a depression. Her widow’s pension was very meagre and she began to work as a private midwife in Gothenburg.

It was Johanna Hedén’s social activism which saved her from her tragic circumstances. She joined the Fredrika Bremer Association and devoted the rest of her life to improving conditions for midwives. She had seen enough of her colleagues end up as paupers without a pension after spending their entire lives in the service of society. Further she was horrified by society’s lack of concern for the high rate of maternal mortality in childbirth and the misery of poor expectant women. In 1884 she wrote a long article, published in both Dagens Nyheter and Göteborgs Handels- och Sjöfarts-Tidning, which set out the historical background to midwifery and summarised the bad conditions suffered by midwives and expectant mothers. In April 1885 Johanna Hedén established the first Swedish midwives’ association in Gothenburg. She became the chair of the association and called all Swedish midwives to a general meeting in Stockholm in July 1886. 191 midwives from across Sweden attended and the groundwork for a new federation, Svenska Barnmorskeförbundet ("the Swedish Association of Midwives") was laid.

Svenska Barnmorskeförbundet spent its early years fighting on behalf of midwives for pension and health insurance, longer training periods, and for raising the profession’s status and improving maternity care. The first edition of the association’s publication, Jordemodern, was released in February 1888. Johanna Hedén frequently wrote for the journal and became particularly known for her causerie-style articles entitled “Storkbreven – småprat i bref till Syster Stork”.

Johanna Hedén died in 1912 and is buried in Örebro. Her grave is marked by a sizable tombstone which was raised by Svenska Barnmorskeförbundet. 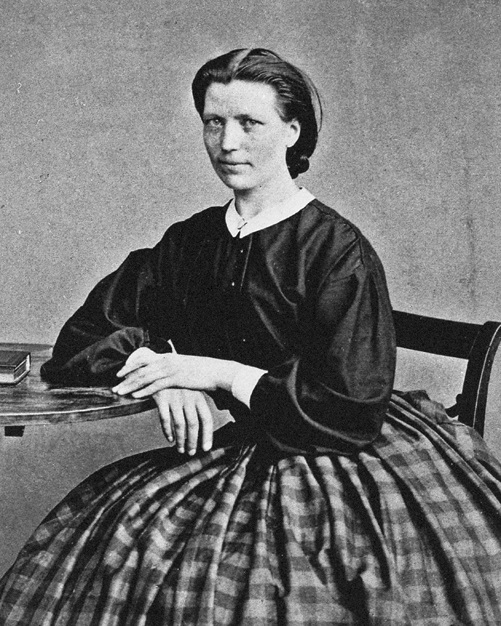