Josabeth Sjöberg only became a familiar name within the history of Stockholm during the 1930s, just over 50 years after her death. Stockholm City Museum purchased the majority of her surviving paintings depicting scenes of the capital city during the 1800s. Her portrayals of 12 different interiors in Södermalm are particularly noteworthy.

Josabeth Sjöberg was born in Stockholm in 1812. Although her childhood home was not a wealthy one she still belonged to the city’s bourgeoisie. Her father Nils Sjöberg bore the titles of secretary and chancellery clerk within the Swedish Military Administration. However, we know basically nothing about his wife, Johanna Fredrica. The family also included a son named Nils, who was two years older than his sister Josabeth Sjöberg.

Josabeth Sjöberg was musical and played both the guitar and the piano. One of her paintings portrays a guitar lesson, indicating that she also taught music lessons. She was not just an amateur. One of her surviving choirbooks, along with a print of Den gamle matrosen, “adapted for the piano-forte by Josabeth Sjöberg” testifies to the depth of her musical knowledge and ambition.

Josabeth Sjöberg made a living during the early years of her adult life by colouring engravings. She noted what she was paid on some sheets: 4 and a half ‘skilling’ (pennies) for one sheet containing four images and 8 ‘skilling’ for a sheet containing nine images.

The Stockholm City Museum collection includes several watercolour drawings by Josabeth Sjöberg, portraying foreigners, flowers, and various natural science themes, the majority of which are bound together in folders. It is highly likely that these were produced when Josabeth Sjöberg was quite young and that they were direct copies from books and images which she had seen elsewhere. Her interest in details and colours may have led her to the more professional activity of colouring printed engraved images, which in turn would have put her in touch with publishers and illustrators.

It was presumably as a result of her colouring work that Josabeth Sjöberg herself began to draw and paint. She clearly took her inspiration from printed images but did not then create copies, instead she borrowed some detail or another. We do not know when Josabeth Sjöberg began to create her own drawings. Her paintings are also hard to date, but through the use of water stamps and comparative analysis it has been determined that the oldest of her paintings dates from the 1850s. Several of the paintings which depict her various homes were painted a number of years after she had lived in them.

Most of Josabeth Sjöberg’s drawings comprise three series. The first of these are interiors and views. When Josabeth Sjöberg was an adult she lived in twelve different homes in Södermalm in Stockholm. All rented accommodation was small, extending to just a few metres squared, but Josabeth Sjöberg’s manner of portraying perspective made them look larger. She herself is always present in these interiors: she is either playing the card-game of Patience, lying ill in bed, eating, hanging curtains, playing the piano, grinding coffee, or engaged in some other activity. She is surrounded by her furniture, instruments, paintings, and other smaller items which are almost identical in each home. Several of her canvases bear her name, details, and other information that was important enough to be clarified and noted down outside the actual painting. Josabeth Sjöberg placed great importance on details and her own personal belongings, which goes some way to explaining why she is such a well-loved portrayer of Stockholm. Some of her paintings of interiors include window views and street scenes, and not infrequently she is portrayed on the street carrying a parasol, or waving from her windows.

The other two series of images, comprising scenes from elderly women’s care homes or church interiors, follow the same pattern as her home interiors. The perspective is strictly symmetrical whilst the image itself is rich in details. The old ladies from Drottninghuset and Borgerskapets änkehus (home for widows) are at first glance interchangeable, but given time the eye discerns the differences. The church interiors are remarkable for being more serious and mysterious than her other works. In most of these Josabeth Sjöberg is portrayed standing on the church floor surrounded by members of the congregation who are wearing their Sunday best. None of these church interiors reflect any particular church but they are quite clearly inspired by both the Maria Magdalena church as well as the Katarina church.

Josabeth Sjöberg most closely resembled a naïvist. She does not appear to have had any training apart from her exposure to already existing images and art. She was clearly influenced by Ferdinand Tollin’s images, particularly his street scenes. Her artistic technique changed during the 1860s. This change coincided with the fact that she inherited an amount of money, allowing her to become more financially independent. There is much to indicate that she used part of this money for some kind of drawing lessons.

Josabeth Sjöberg died in December 1882, then aged 70. She had fallen ill at home and then been moved to Allmänna försörjningsinrättningen (public care facility) at Kungsholmen, also known as Grubbens. The inventory she left behind does not list her drawings or paintings. They were lumped together under the heading of ‘other small items lacking any particular value’. Josabeth Sjöberg’s collection of surviving artwork mainly comprised her own paintings but also included a sizable collection of caricatures and drawings by a range of people, as well as several outline prints, some of which she had coloured in herself. One of Josabeth Sjöberg’s friend’s sons inherited her estate and the images remained within the family until the 1930s at which point Stockholm City Museum was given most of them. 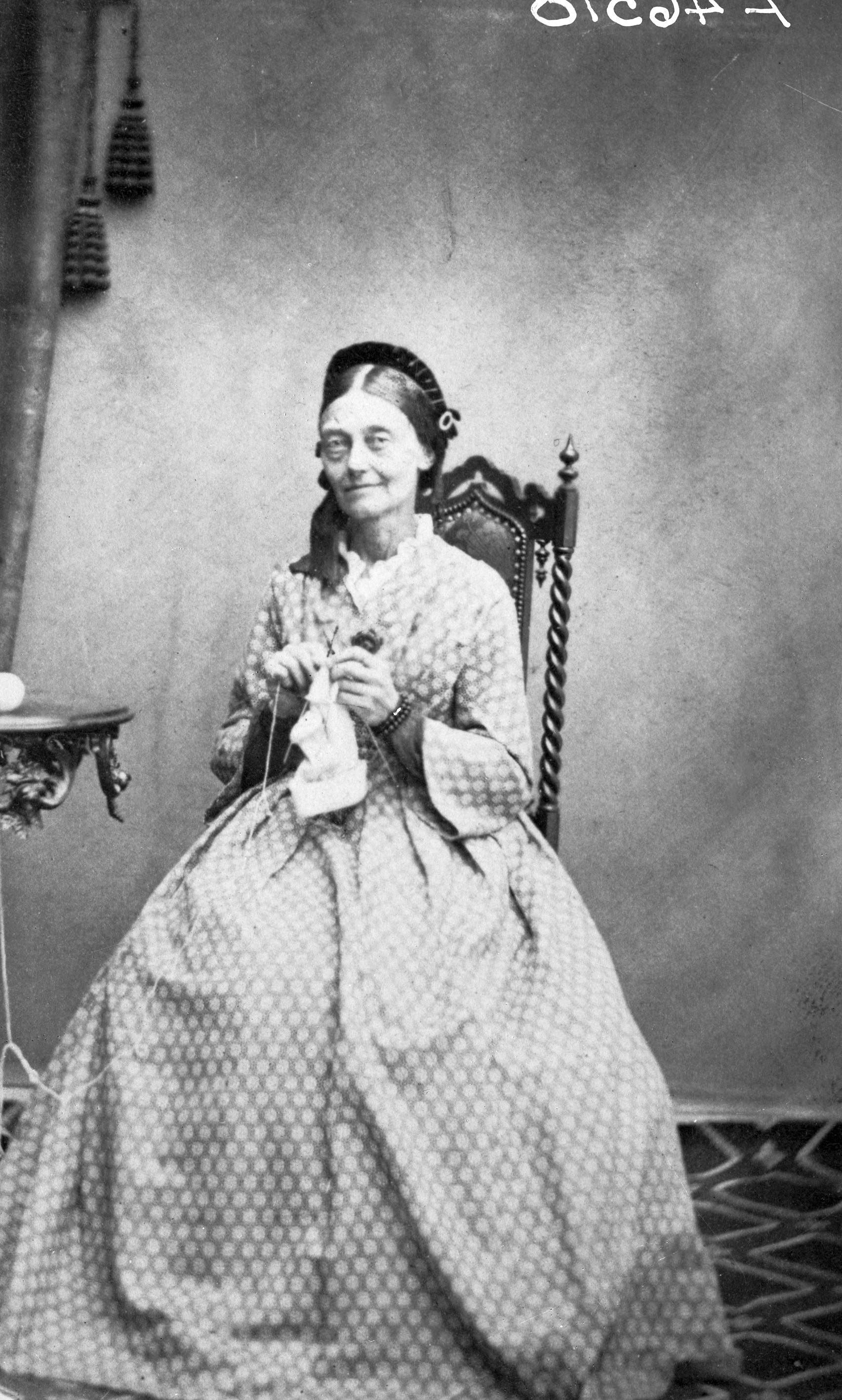