Julia Cæsar was a very popular actress and comedienne who enjoyed a 60-year career during the 1900s.

Julia Cæsar was born into the Svea livgarde congregation in Östermalm, Stockholm in 1885. She was the daughter of Alfred Caesar Gustafsson, a member of the Svea Life Guards, and his wife Kristina Vilhelmina. The name Cæsar originated with the military family who were Kristina’s ancestors. Kristina died in 1892 when Julia Cæsar was just seven years old. Eventually Julia Cæsar and her four siblings gained a stepmother and a half-sister. Several of Julia Cæsar’s siblings died in childhood, her eldest sibling died in 1882, aged only one, and another two died the year after their mother, aged only four and two. In 1903 Julia Cæsar’s father died, then aged 53.

Julia Cæsar had to become independent from an early point in her life. She appears registered as a drama student circa 1909, and prior to that she had been listed as a maid, a servant, and a book-bindery worker. She worked hard and tenaciously strove to enter the profession and gain the position within it that she wanted. As a child she had already put on plays in the yards of what were then very humble homes in Östermalm. One of her friends, Gideon Wahlberg, became a playwright and later she often appeared in his plays. Folkteatern lay in her childhood neighbourhood and she spent every possible moment there that she could.

Around the turn of the twentieth century Julia Cæsar worked as an extra at Folkteatern in Stockholm. She made her stage debut proper around 1905 at Kristallsalongen on Djurgården in Stockholm, although the sources for this are somewhat dubious. She played the part of an old deaf woman who was 100 years old. Thus, she was already attracting the parts of elderly women even as a young actress. She never played the roles of young girls or heroines, instead she was a woman who did not follow the norms and went her own way. Perhaps she found a release in not being forced to fit into the strict feminine mould which was dominant at the time. In any case Julia Cæsar made the best of her situation and popularised the angry old lady-character.

Julia Cæsar worked at Apolloteatern in Helsingfors from 1913–1919 and later worked at various Stockholm theatres including Pallas-Teatern, Södermalmsteatern, Folkets hus teater, Mosebacketeatern, Odéonteatern, and Boulevardteatern. From 1925 onwards, and during various summers, she also appeared in public plays mounted by Stockholms friluftsteatrar (open-air theatres), including at Vanadislunden, Klippan, and Tantolunden. She became known as “Tantolundens drottning” (the queen of Tantolunden). In 1960 she transferred to the next open-air theatre, Skansenteatern.

Julia Cæsar made her silver-screen debut in 1922, aged 37, playing a small part in Victor Sjöström’s Renaissance drama entitled Vem dömer. The following autumn she got a larger role, playing Lövbergskan in the comedy called Anderssonskans Kalle also in 1922. A sequel to the film was made the following year.

On the silver-screen, as on the stage, Julia Cæsar specialised in portraying sullen, gruff, and ill-humoured yet somehow lovable old women. Throughout her career she played innumerable stern housekeepers, fearsome old ladies, and battleaxes amongst other types. For the most part these roles always entailed domineering, outspoken women who lashed out. She often portrayed a kind of integrity which took an ironic and comical view of the patriarchal social order. She never held back for anyone, and scolded everyone equally. However, Julia Cæsar also introduced elements of warmth and self-awareness into these quite unpalatable roles, thereby winning over her audiences, whether in the cinema or in the theatre. She became hugely popular – a love developed between the artist and her audience which lasted throughout the years. She had been gifted with that abstract present of public affirmation and she loved it.

The years spent in open-air theatres had made Julia Cæsar weatherworn, with a powerful voice, a sense of timing and accuracy which partly depended on the ensemble always needing to accommodate all sorts of things, from a passing train to every variety of weather condition and various other disturbances. These theatres provided a richly educational if somewhat harsh school for artists, enabling them to learn to deal with almost anything whilst still able to deliver their lines impeccably and at the right time.

Julia Cæsar appeared in a total of 135 films throughout her lengthy career, making her one of the most prolific Swedish actresses. The film titles include Bomans pojke from 1933, Ebberöds bank from 1935, O, en så’n natt from 1937, Pensionat Paradiset from 1937, Swing it, magistern! from 1940, Sussie from 1945, Fram för lilla Märta from 1945, Det regnar på vår kärlek from 1946, Stiliga Augusta from 1946, Soldat Bom from 1948, Greven frän gränden from 1949, and Ratataa eller The Staffan Stolle Story from 1956. Her final appearance was in the 1968 film Freddy klarar biffen.

Towards the end of her career Julia Cæsar enjoyed an unexpected second wind, finding popularity in new circles and among new generations who had never watched her perform public plays in the open air. What had earlier been considered an ugly cultural form which was looked down upon now suddenly became fun – the old lady became vogue! She appeared in Beppe Wolger’s and Knäppupp’s revue show Bom-Krasch at Idéon in 1966. One thing led to another and Julia Cæsar even appeared on TV, including in Hemsöborna in 1966 and in Lorden från gränden in 1967. She also made radio appearances including radio plays and on the entertainment programme Thores trekvart in 1967 with Thore Skogman and Robert Broberg. Following this the 82-year-old Julia Cæsar even more unexpectedly entered the Swedish charts with an old song from the 1940s, “Annie från Amörka”.

Julia Cæsar never married but lived in a partnership with the operetta singer Frida Falk from 1925 until the latter died in 1948.

Julia Cæsar was awarded many unofficial honorary titles, mainly variations on her place as the queen of Swedish slapstick, but she was far more multi-talented than that. She had performed in everything from operettas in her youth right up to serious dramas. No matter what she performed in she transformed every role into a finely-chiselled character study. Being titled ‘the best loved old lady in Sweden’ would likely have been a merit she would have been proud of.

Julia Cæsar died in Bromma in 1971. She is buried at Bromma cemetery. 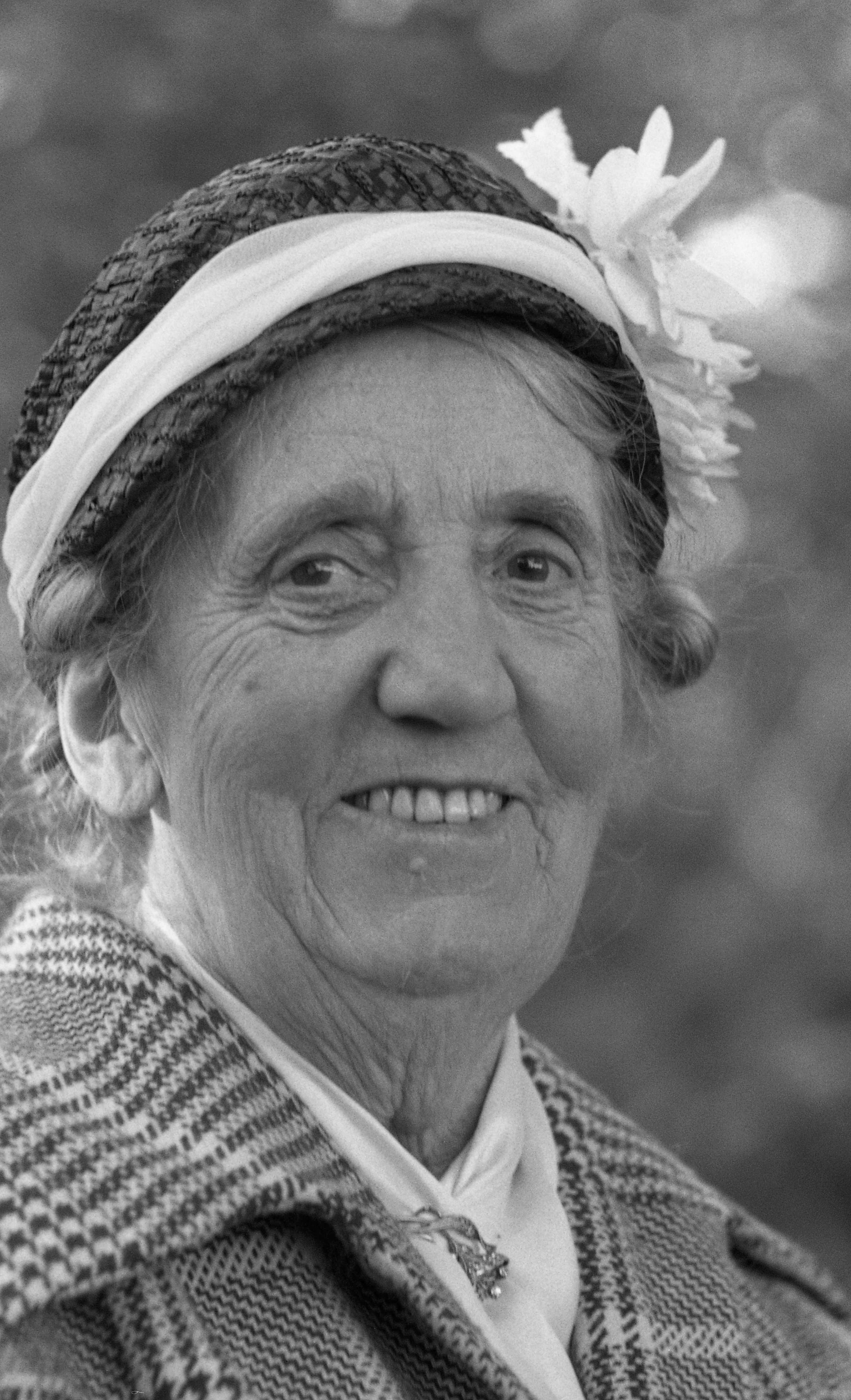