Julia Svedelius organised collections in aid of the children in poor workers’ homes in Tornedalen and Lappland during the first half of the 1900s. She also gave lectures and in due course became an autodidact as a textbook editor.

Julia Svedelius and her mother spent the summer of 1903 at the sanatorium Porla brunn. There she met her husband-to-be Carl Svedelius, a grammar school teacher. He had formerly been a teacher for the sons of King Oscar II at Stockholm Castle: the princes Wilhelm and Gustaf Adolf. Carl Svedelius had also been involved in Anna Hierta-Retzius’ workers’ cottages for big city children and he had taken his doctorate in French linguistics. After their meeting in Porla, Julia Svedelius decided to learn French. She was lent money by her father and travelled to Montpellier to study.

Carl and Julia Svedelius married in 1905 and settled down in Luleå where they lived for six months. After that, they moved to Stockholm where Carl Svedelius had been appointed principal at the Norra real grammar school. They kept their interest in the Norrbotten workers’ cottages however. For the rest of their lives, they were both members of the board for the foundation Stiftelsen Norrbottens Läns Arbetsstugor and participated as long as they had the energy in meetings and journeys of inspection all over the province. The workers’ cottages enterprise, that had been formally initiated by the county governor, was run for fifty years by the small inland municipalities in cooperation with the church, but was financed to a great extent by money that had been collected by Julia Svedelius and other private persons. Under the heading ”Små droppar”, she wrote for example stories in the youth magazine Folkskolans barntidning: illustrerad läsning för de unga and encouraged school children all around the country to put a few farthings each week in the class moneybox in aid of their poor comrades in the north.

For Julia Svedelius, the move to Stockholm in 1905 was a relief, while the proximity to the big city newspapers was also an advantage for her involvement in the aid work she shared with her paternal aunt Lotten Edholm, the chairperson of the Swedish Red Cross for 40 years. Julia Svedelius was a member of the Red Cross women’s association, and for its school commission she organised school courses and had the long-term Red Cross assignment of improving healthcare. Through her many and lengthy lecture tours and her articles in newspapers and magazines, like the weekly magazine Idun, she executed her self-imposed duties. With headings like “A Swedish mission” and “Sowing in newly ploughed earth” she introduced the workers’ cottage enterprise to a southern Swedish group of readers with good general education. The needs in the north, both physical and immaterial, were infinite, according to Julia Svedelius.

Carl Grimberg at Norstedts förlag gave her the delicate assignment of putting together a reader for the Tornedal-Finnish children. I våra bygder: läsebok för barnen i Tornedalens skolor came out in three editions in 1917–1940. Her co-editor was Vitalis Karnell, a clergyman and inspector of the itinerant schools. The reader was criticised for its choice of texts that were said to reflect a narrow Swedish bias. From other directions, the reader was considered to have had “revolutionary significance for many generations of Tornedalers who had lived in deep isolation. The book opened new views and broad perspectives”, wrote the county governor, Ragnar Lassinantti, himself a Tornedaler, in the facsimile edition in 1983. On the other hand, Hugo Tenerz, the principal of the teacher training college in Haparanda, was of the opinion that it was unfit to be a textbook.

Apart from the great number of stories and story games and several narratives for adults about Norrbotten, for example Raunala in 1914, En ödebygdsfärd in 1924, and Vägröjare in 1944, not to mention translations from Norwegian books by JA Friis and the almost classical book about a Sami girl: Lajla: skildringar från Finnmarken, Julia Svedelius wrote several Heimat stories and textbooks from Sörmland and southern Swedish districts. The most prestigious Heimat assignment was about Stockholm: Vår huvudstad: en läsebok om Stockholm utgiven av Julia Svedelius the aim of which was to get Swedish children and young people in the whole country to feel that the country’s capital belonged to them too. Julia Svedelius was also given the assignment of being the editor for Bygd och folk, a reader in three parts for secondary schools. She had got to know many of the writers she employed in the reader through her membership of the associations Sällskapet Nya Idun, Konstnärsringen and Sveriges Författarförbund. Through her work in associations, she acquired several friends, among others Kerstin Hesselgren and Ann Margret Holmgren. Julia and Carl Svedelius socialised privately with the Swedish royal house, and she was a personal friend of Crown Princess Margareta. Julia Svedelius was politically conservative and active in the work of supporting the Swedish defence forces with funds. She was active among other efforts in that of collecting money for a Swedish armoured vessel.

The Svedelius couple had no children of their own, but they were active in working with children and young people. Carl Svedelius arranged for example the first mountain trips for school children and he was for several years the chairman of the young farmers’ association Jordbrukare-Ungdomens Förbund (JUF). In one of her books of memoirs, Julia Svedelius tells the tale of a prominent young person, namely the orphaned opera singer-to-be Jussi Björling, who lived for a time in their home as a lodger.

In connection with the death of Julia Svedelius’ mother, Erlin von Heijne, the Svedelius couple started a private nursing home as a direct extension of their home in Odengatan in Stockholm. It was named the Erlinhemmet. There they took in clergymen, teachers from the workers’ cottages project and others in need of rest from the severe living conditions in the north. Julia Svedelius also arranged summer courses in her private home for the managers of the workers’ cottages and for primary school teachers but these were later transferred to Valhallavägen.

Julia Svedelius died in 1954, three years after her husband. She is buried in the family grave in the Northern Cemetery in Solna. The same year, the workers’ cottages were converted into a municipal home for schoolchildren with special needs. 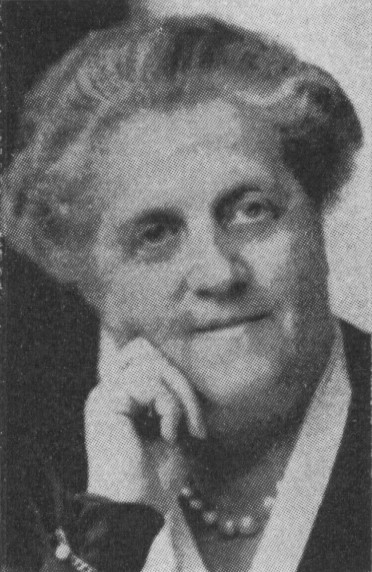