Käbi Laretei was born in Tartu in Estonia in 1922. Her father Heinrich Laretei was minister of the interior in Estonia in the 1920s, and from 1935 to 1940 was the country’s envoy in Scandinavia. The Soviet occupation in 1940 led to the family remaining in Sweden with their home in Stockholm, that had up until then been the main seat on the Estonian legation.

Käbi Laretei started her studies at the Tallinn music conservatory and continued thereafter in Switzerland, Germany and Sweden. Among the eminent musicians who were her teachers were Edwin Fischer and the composer Eduard Tubin. The Italian pianist Andrea Vogler-Corelli had great influence on her later development and was to become very close to Käbi Laretei both as a friend and a mentor. Her debut as a concert pianist took place in 1946 at the Stockholm Concert Hall.

Käbi Laretei has not been considered to be one of the most eminent pianists in her generation. This opinion was expressed for example by the chief conductor at Kungliga Teatern in Stockholm (nowadays Kungliga Operan) Michael Gielen in his memoirs, published in 2005. In the spring of 1961, Gielen and Ingmar Bergman were cooperating to find a suitable opera for Bergman’s debut as an opera director. The choice eventually fell on Stravinsky’s The Rake’s Progress that had its premiere in Stockholm in April 1961. During the period of rehearsals for the opera, Bergman and Gielen attended a concert at which Käbi Laretei, then married to Bergman, performed a Mozart piano concerto, this admittedly not being one of her strengths. Bergman asked Gielen what he thought of her playing and Gielen responded that it was technically competent but that it ”lacked soul”. Bergman found this helpful, since, as he said to Gielen, he would never have been able to cooperate with someone who was less than honest or who wanted to flatter him. Even so, Käbi Laretei made a strong impression on the cultural life of her adopted home country of Sweden. She stood for an extrovert communication of musical culture, as a producer and programme hostess on Swedish television during the 1960s, 1970s and 1980s. A Master Class on Beethoven’s 32 Variations in c minor, that she performed in Sweden and on a tour in the USA, displayed her strengths. In it, she explained the structure of the work and finally played it right through in its entirety.

Käbi Laretei was also an important exponent of contemporary music. She gave the first performances of the piano concertos of the Swedish composers Gösta Nyström, Hilding Rosenberg and Moses Pergament, as well as Lars-Erik Larsson’s Concertino. She also cooperated with Igor Stravinsky, Eduard Tubin and Paul Hindemith. Her contacts with the latter were especially valuable since she not only performed but also, in 1966, recorded his Ludus Tonalis for the Decca record company. Later releases on CD and in more recent digital formats bear witness to a lasting interest in both the composer and to Käbi Laretei’s artistic importance.

One well-known aspect of Käbi Laretei’s renown was her marriage to the film director Ingmar Bergman. This was her second marriage and Bergman’s fourth. From 1950 until 1959, she had been married to the conductor Gunnar Staern, with whom she had her daughter, Linda Stern, in 1955. She was married to Bergman from 1959 until 1969. They had a son, Daniel Bergman, born in 1962.

Music was a central component in Bergman’s creativity and Käbi Laretei participated in five of his films. She stood for the musical framework of The Devil’s Eye in 1960, Cries and Whispers in 1972, and Face to Face in 1976. The egocentric concert pianist and unwilling mother played by Ingrid Bergman in the film Autumn Sonata in 1977, is partly a portrait of Käbi Laretei. She contributed information about how a concert pianist works and lent her hands to the film for the scenes in which Ingrid Bergman is sitting at the grand piano. She appeared finally in a cameo role as Anna von Bohlen in Fanny and Alexander in 1982.

Apart from her concert performances and other stage appearances, Käbi Laretei left behind her a number of publications. None of them is technically a book of memoirs, but the book published in 2004, Såsom i en översättning: teman med variationer is still a comprehensive description of musical as well as personal reminiscences from her life. Vart tog all denna kärlek vägen? from 2009 contains extracts from the correspondence between herself and Ingmar Bergman, with the addition of extracts from her diary from 1962. The book describes the couple’s relationship from its beginning in 1957 until the birth of their son Daniel in 1962. A work that focuses on her stage career is Toner och passioner: Ludus Tonalis from 2010. The book is structured in literary ”movements” with Hindemith’s piano music as its model. It describes Käbi Laretei’s friendship with the American publisher Clay Coss and his wife Eva/W’u Shoo, who were significant as sponsors for Käbi Laretei’s career in the USA. The book also contains recollections of the conductors and other musicians she worked with, and insights into the practical aspects of a pianist’s daily work.

After Estonia’s independence in 1991, Käbi Laretei was finally able to visit the country of her birth, and she was to give concerts in both Tartu and Tallinn. In 1968 she became member number 734 of the Royal Swedish Academy of Music. In 1972 she was made a member of the Vasa Order and was rewarded in 1978 with the medal Litteris et Artibus.

Käbi Laretei died in 2014, at 92 years of age. She lies buried in the Woodland Cemetery in Stockholm. 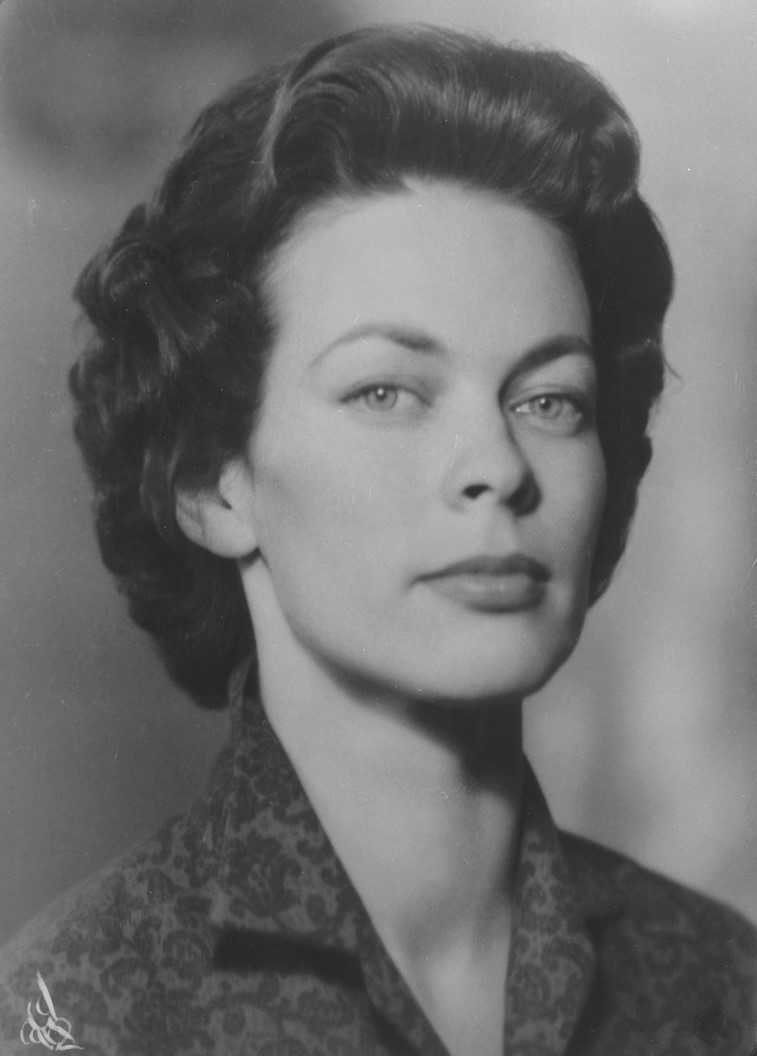