Kajsa Barbro Gunilla Sundström was born in 1928. She grew up in Skövde in a family with great social engagement. Both parents were elementary schoolteachers and politically active. Her mother Judith Sundström, née Johansson, was active in the Social Democratic women’s association in their home town. Her father, Walter Sundström was for many years a member of parliament for the Social Democrats. There was an open atmosphere in their home, and the children’s opinions were given a fair hearing. Like her two older brothers, she was encouraged to continue her education after matriculation, and Kajsa Sundström chose to study medicine. She moved to Stockholm and in 1946 she started her medical studies at the Karolinska Institutet. In 1953, she qualified as a physician and served the following years at different places around Sweden. During her student years, she had already married her classmate Hugo Andersson. Her involuntary childlessness gave her insight early on into the existential conditions connected with childbirth. The marriage was dissolved in 1958.

Back in Stockholm, Kajsa Sundström trained as a specialist in obstetrics and gynaecology and worked in the 1950s and 1960s in various women’s clinics in the vicinity of Stockholm. Gynaecology was considered at the time mainly as a surgical speciality and craftsman-like skills were emphasised. Kajsa Sundström soon realised that women’s healthcare, especially when it was a matter of pregnancy and childbirth, must include women’s entire life situation. She reacted against the cold way women who applied for abortion were treated, or those who needed healthcare after illegal abortions. To be permitted a legal abortion by the Swedish Board of Health and Welfare, special reasons had to be presented with attestations from almoner, gynaecologist and psychiatrist. Apart from the fact that the results of the applications were often arbitrary, it was also a class issue. Women from higher social classes often had greater possibilities of having their applications approved. Other, so-called “loose” women or women with various functional disabilities could be forced to be sterilised in order to be allowed to have an abortion.

In 1962, Kajsa Sundström married Loma Feigenberg, a cancer specialist and psychiatrist. Loma Feigenberg’s field was the care of dying patients, while for Kajsa Sundström it was conditions at the beginning of life that were in focus. For many years, they supported each other and they had many things in common. Particularly important were the ethical values that followed upon the development of new techniques. For Kajsa Sundström, this involved among other things foetal diagnostics and in vitro fertilisation. She was an opponent to surrogate motherhood and foresaw difficulties in drawing up limits for research on fertilised eggs.

In 1963, Kajsa Sundström gave birth to a much longed-for child. The difficulties of combining childcare and work at hospitals with many extra duties contributed to her starting to work more in outpatient care. That coincided with the introduction in Sweden of the new contraceptive methods the pill and the contraceptive coil. As a gynaecology consultant, Kajsa Sundström often received the question whether she “could or would prescribe the pill”, since there were doctors who did not want to do that. During the 1960s, she was also one of those who developed a screening programme for cervical cancer.

In 1973, Kajsa Sundström was recommended as the information-providing gynaecologist at the Swedish Board of Health and Welfare. New abortion legislation had long been discussed and she came to participate in the formulation of the law on free abortion, that was approved in 1974 in Parliament. The abortions were however not completely “free”; Kajsa Sundström reserved her vote on account of the condition that women’s right to decide for themselves was to end after the 18th week of pregnancy. That a later application must be assessed by a physician and the decision taken by the Swedish Board of Health and Welfare she considered to be continued guardianship over women. The positive effects of the new legislation were that abortions were carried out early in the pregnancy, that they were safer and that the illegal abortions disappeared almost completely.

Parallel to the preparation of the new legislation, a broad work front had been initiated concerning issues of sex and living together to prevent the need for abortions. Kajsa Sundström was part of the socially engaged team with different professions who worked on the development of courses and information materials for maternity clinics and youth clinics. Kajsa Sundström’s view was that the main person in the work of giving information should be a midwife and not a gynaecologist, and that the midwife should be given the right to prescribe and try out contraceptives. And that was what was decided, despite hard opposition from sections of the medical profession. Parental education, also formulated by Kajsa Sundström, came to be included in the midwives’ assignment and training. With the book Vänta barn in 1980, she directly addressed all parents-to-be. She addressed abortion opponents with the simple message: “I respect every woman’s decision on her own account. But nobody shall have the right to decide over other women’s lives.”

Kajsa Sundström’s thoughts and experiences soon received international attention. At a WHO meeting in Geneva in 1982 on the development of contraceptives, then seen as the solution to the problem of the global population explosion, she emphasised that results could not be achieved without women’s social rights being reinforced: the right to education, the right to make their own decisions about their lives and childbirths and men’s shared responsibility.

In 1982, Kajsa Sundström resumed her patient and consultant work in healthcare. Within the framework of her daily work, she collected the life stories of different age groups of women, focusing on family life, work and childbirth. She found inspiration in the life history research that had begun to develop in Sweden. In her doctoral thesis När livet var som bäst in 1987, she showed how conditions for cohabitation and childbirth had changed radically since the 1930s. New legislation had successively given women increased birth control, possibilities for work outside the home and their own economy. The formerly shameful concept “unmarried mother” had played out its role and been replaced by “single parent”. Common to all age groups was that the conditions around childbirth had had great significance in women’s lives and for their health.

Kajsa Sundström’s husband Loma Feigenberg suffered from illness during the 1980s. Caring for him contributed to her not being able to participate in the social debate for a period. He died in 1988 and after that, Kajsa Sundström once again turned her eyes to the community.

Her engagement for women and experience of political cooperation were in demand and she was linked to the multidisciplinary research group Department of International Health Care Research (ICHAR) at the Karolinska Institutet. As the coordinator and supervisor for research and teaching, she imparted her views on family planning, abortion and childbirth to various parts of the world. More comprehensive projects were undertaken in Vietnam and Zambia. Countries like Japan, Australia, Bangladesh, Singapore, India, Malaysia and South Africa were impressed by her message of equality and women’s self-determination. In Sweden, she was also responsible during her ICHAR time for the development of goals for women’s health at the Folkhälsoinstitutet (now Folkhälsomyndigheten).

In 1992, Kajsa Sundström was a member of the leadership group for the organisation of a major international conference in Stockholm with participants from the whole world. The organiser was the association Svensk förening för psykosocial obstetrik och gynekologi (SFPOG). The author Sara Lidman held a triumphant inaugural speech entitled “Mama Earth” which set the humanist and existential tone for which the organisers strove.

Kajsa Sundström was also an energetic writer with about seventy publications. On the assignment of the World Bank and SIDA in 1993, she wrote a comprehensive report on the abortion situation in the world. At the major UN population conference in Cairo in 1994, she was a strong voice in the struggle for women’s self-determination and right to safe healthcare.

Even back at home in Sweden, Kajsa Sundström followed developments. When it was a matter of abortions, that used tablets more and more, she considered that midwives should be the ones to deal with the whole process, including the prescription of tablets. That a doctor should be mixed up in the process could only be seen as the medical profession’s attempt to retain power over both women and healthcare. Kajsa Sundström prophesied further that the pill would in the future become obsolete as a contraceptive and be replaced by a single tablet to be taken if menstruation was late. These tablets existed, but were not marketed by the pharmaceutical companies. Her view was that it was more profitable for them to sell contraceptive pills than a single pill when needed.

Kajsa Sundström contributed during her life’s work to the founding of several informal multidisciplinary networks. One of these was created out of a common interest in life histories. In the book Livstider in 2009, the participants are women from various parts of the world, mirrored against the background of the communities they live in. Kajsa Sundström’s humanitarian aims were to characterise the way they interacted in the networks. She found a gold mine for women’s healthcare in Sara Lidman’s literary production. The association Lifsens rot, focusing on psychosocial issues concerned with childbirth, is named after one of that author’s novels. The last article that Kajsa Sundström wrote, published in 2017, is entitled “Moderskap i Sara Lidmans författarskap”.

In 1991, Kajsa Sundström started a relationship with the doctor Bengt Estborn, a classmate from her early student years. That relationship also included a great deal of working comradeship. For many years, Kajsa Sundström shared her time between her home in Stockholm and Bengt Estborn’s home in Köpingsvik on the Baltic island of Öland. In Stockholm, she had her daughter and a beloved grandchild, and on Öland she had her long walks, bathing in Kalmarsund and shared reading aloud. From 2016, Kajsa Sundström was permanently resident at Köpingsvik and, when her strength finally failed her, was lovingly cared for by Bengt Estborn.

Kajsa Sundström died in January 2020 in Köpingsvik, at almost 92 years of age. She is buried in Sankta Birgitta’s Cemetery in Skövde. 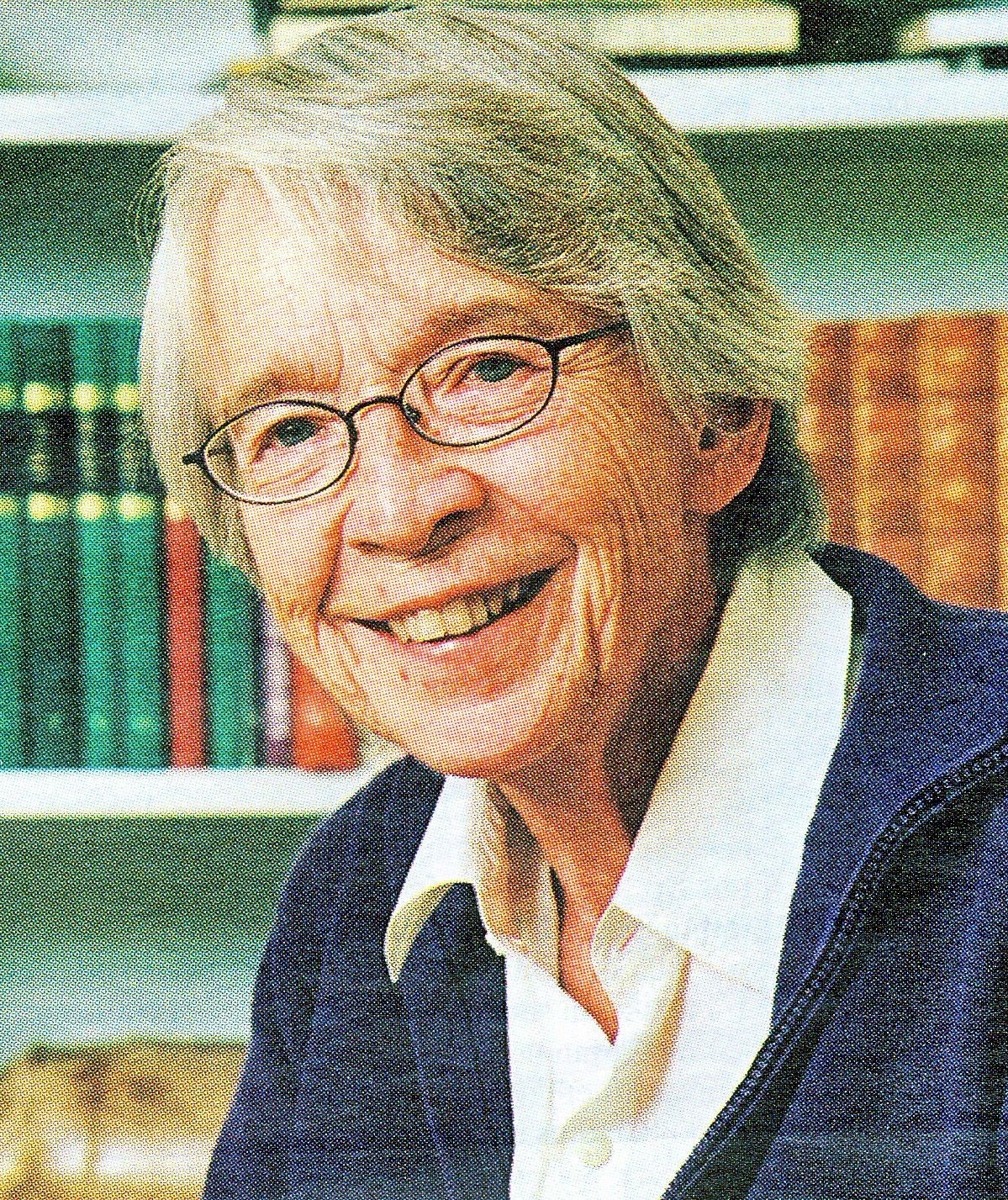