Kajsa Rothman was the first Swedish citizen to serve as a volunteer in the Spanish civil war.

Kajsa Rothman was born in 1903 in Karlstad, the eldest child of Anna Helin and Helmer Rothman. She had one sister, Eva, and one brother, Hjalmar. Her father was the editoral secretary on the local newspaper, Karlstads Tidning (now Karlstads-Tidningen, KT) and among other things, a member of the central board of the Swedish Journalist Association in 1903—1911. Kajsa Rothman dreamed of becoming a journalist like her father, but he preferred to see his daughter become a physiotherapist after her matriculation in Uppsala. However, she left Sweden instead, to seek adventure in Europe.

She first worked as a children’s nanny in Paris for some months. The following three years she spent as a professional marathon dancer in competitions in which couples danced round the clock and those who lasted longest won. Kajsa Rothman danced her way through Europe and won all her competitions. She was 180 centimetres tall, well-trained and had the stamina to out-dance all the other competitors. At one competition, she danced with her partner for 63 days and nights in a row.

After her years of dancing, Kajsa Rothman took jobs as a governess in various families in the south of France and Romania, before travelling to Spain and Barcelona in 1934. There she started her own travel agency. She had the great advantage of being able to communicate in a number of different languages: English, French, German, Spanish, Italian, Romanian, Armenian and Arabic.

In July 1936, the Spanish civil war broke out. Kajsa Rothman applied immediately for service at the front, among other things as a Red Cross nurse, to participate in the defence of the republic against the army rebellion under General Franco. The work involved transporting the wounded from the front. In a letter home to her mother in Karlstad, she gave a picture of the hellishness of war:

“We had blood with us to the hospitals at the front. In one of them, Guadalajara, lay a wounded poor Swedish boy. One arm and the other hand were amputated and his head was also badly messed up. He was so glad to speak to someone Swedish. They had had a hard day that evening he was wounded — his comrade was killed and the officer in charge was also wounded.”

Thanks to Kajsa Rothman’s care, the young Swede, Bruno Franzén, was able to travel home to Sweden as soon as possible. In an article in Karlstads Tidning with the heading “Give Bruno new hands” she appealed for economic help to pay for his care.

Step by step, Kajsa Rothman began to work more and more for the Swedish Help to Spain organisation. She was involved in orphanage ventures in France and Spain that were financed with support from Sweden through the Help to Spain channels, and she also wrote in the Help to Spain magazine Solidaritet. She also reported on the Swedish radio transmissions from Madrid and functioned as a press attaché to the Spanish government in contacts with foreign journalists. Besides all this, she wrote articles home to Karlstads Tidning about the brutality of the war and the victims in Spain.

Kajsa Rothman soon became a household name in Sweden. When she visited Karlstad in 1938, about 5,000 people were waiting at the railway station to meet her. She started an intensive series of lectures round the whole country to strengthen solidarity with the Spanish people. She held 135 meetings altogether with over 50,000 people in the audience and in connection with the meetings, she started “Kajsa’s milk fund” that sent powdered milk to the children in Spain. She also published a book with the title Spanska barn ritar om kriget (Spanish children draw the war) in 1937.

When Kajsa Rothman returned to Spain, the war was nearing its end, and in 1939 General Franco was able to announce that he was the victor after having received extensive military support from Nazi Germany and Mussolini’s Italy. She now fled to France, along with 600,000 Spaniards, and worked in the refugee camps that had been established in southern France.

When a large group of Spaniards continued on to Mexico from France, Kajsa Rothman went with them. She settled down in the village of Tequisquiapan north of Mexico City, where she and a woman friend started a bar. As well as this, she ran a school for the children of the indigenous people. She also got married and received the surname de Rosas. This was however a fake marriage so that she could gain permission to remain in Mexico. She could not tolerate the climate in Tequisquiapan, however, so she was compelled to move to Yucatán where she soon started guiding European tourists among the Maya people’s ruins.

In 1964, Kajsa Rothman became ill with breast cancer. The cancer spread and when the end was close, she moved back to Tequisquiapan. She died in 1969, when she was 66 years of age, and was buried in the village. At the funeral, the whole village was present to pay their last respects, and shops and bars were closed. When her death became known in Sweden, one of her women friends said: “I can’t believe she’s dead. She of all people, it doesn’t suit her being dead.” 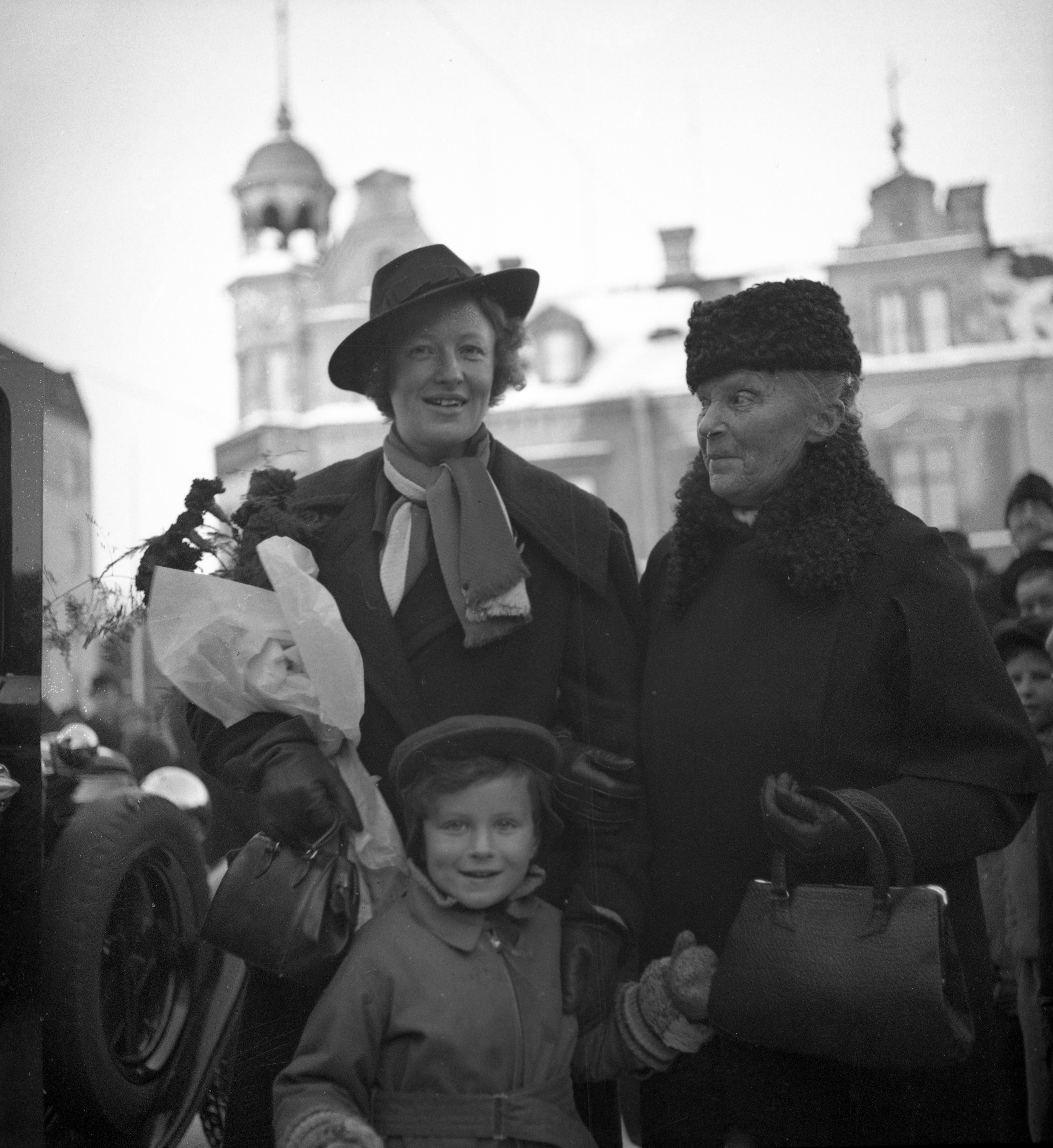