Kajsa Rootzén was a music critic, culture journalist and author, active during the 1900s.

Kajsa Rootzén was born in Halmstad in 1904. She matriculated at Ebba Lundberg’s grammar school for girls in Helsingborg in 1924. Thereafter she worked as a volunteer on the daily newspaper Halland in Halmstad for a while, after which she spent a year working at Helsingborgs-Posten Skåne Halland in 1925. After moving to Stockholm, she worked for several years as a teacher of type-writing at the Bar-Lock Institute before completing her studies at Stockholm College in 1931. She was among the first to have music history as her main subject in her Bachelor of Arts Degree. By then, in 1928, she had already made her debut as a fiction writer with the novel Stockholmsungdom. Two years later came the novel Vårdagjämning. Both novels were received quite kindly as depictions of the path of modern youth into adult life. After her university degree, Kajsa Rootzén concentrated her writings to the field of music.

During the years 1930—1937, Kajsa Rootzén was active as a music journalist and editor on a number of journals, including Scenen, Teatern and Phosphoros. In 1938, she was employed at the major Swedish daily newspaper Svenska Dagbladet where she was the music critic until 1966. She translated literature on composers simultaneously with practising journalism. The list of translated titles includes about 30 books from the mid-1930s until 1975. She also wrote non-fiction in the 1940s: Den svenska baletten: från Stiernhielm till Brita Appelgren in 1945, and also the same year Jenny Lind: den svenska näktergalen, the latter together with Torben Meyer. The book Claude Debussy came out in 1948. She was the sole author.

Kajsa Rootzén’s interest in music also included modern music, which became clear through her articles on and introductions to jazz in Svenska Dagbladet’s Sunday magazine. She was also one of the initiative-takers to the first Swedish performance of Arnold Schönberg’s Pierrot Lunaire with Naima Wifstrand in 1937.

Kajsa Rootzén often gave lectures on music like the one in 1933 at Galerie Moderne in Stockholm which was a brief orientation on “Contemporary Musical Perspectives”. She also collaborated in an opera transmission on Sveriges Radio (Swedish Radio) in 1960 with an introduction to Debussy’s opera Pelléas et Mélisande.

Kajsa Rootzén’s ambitions in popular education are clear in her contribution on women in music in the book Svensk yrkeskvinna in 1950. There she stresses how strong men’s opposition was against women’s ambitions in the field of music. Among other things, she describes Elfrida Andrée’s path to being able to work as an organist and composer, and also describes several pianists and many famous singers.

When Kajsa Rootzén died in 1978 she was a respected critic and culture journalist in the field of music. She lies buried at the Western Cemetery in Halmstad. 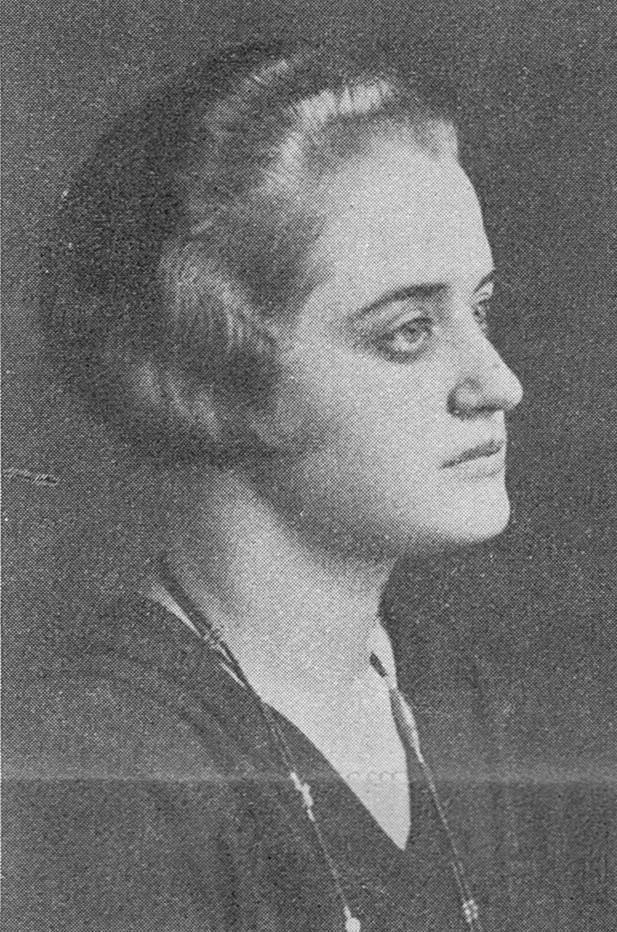