Birgitta Ek was an editor and an author whose writings focused on social issues.

Birgitta Ek was born on 25 March 1913. She grew up in an intellectual home, in what was then a newly terraced housing area called Landala in Gothenburg. Her father, Sverker Ek, was a professor of literature and her mother, Karin Ek née Lindblad, was a poet and an author. Birgitta Ek had three sibling who survived into adult age, as well as a brother who had died in the first year of his life.

Birgitta Ek’s mother died in 1926 following a lengthy battle with cancer, and her father remarried the following year. Birgitta Ek was no longer happy at home and, after having completed her schooling in Gothenburg, she left. She moved to Norrbotten, where she worked as an assistant at children’s workhouses. It was there that she developed the social awareness that would came to influence the rest of her life and her professional work. The experiences she had gained from working with children were further developed at Stockholm kindergartenseminarium and Socialinstitutet (later known as Socialhögskolan, a social work college), from which she graduated in 1936.

While still a student, Birgitta Ek came to know Erland von Hofsten. They were neighbours when she lived at the then newly constructed communal accommodation at John Ericssonsgatan in Stockholm. Many of the intellectual and radical figures of the day lived there. Erland von Hofsten was a statistician who later became famous for his election predictions on Swedish television. The couple got married in the winter of 1936 and their first child was born the next year, followed by another three children in the ensuing period. Birgitta Ek remained active professionally, initially serving as the first prison counsellor in Sweden at Centralfängelset Långholmen in 1937 and subsequently as an assistant at Konsums Hemtjänst from 1938-1939.

During the interwar period there was a marked increase in activities undertaken by women’s associations throughout Sweden, particularly as many of these organisations collaborated in attempts to improve conditions for women in the labour market, within the home and in familial relationships. Some of the groups Birgitta Ek belonged to included Yrkeskvinnors Klubb (YK) and Stockholms Allmänna Kvinnoklubb. Through these clubs she formed connections with influential figures within both political and social spheres, including Alva Myrdal, Carin Boalt, Brita Åkerman, Inga Thorsson, and Ulla Lindström. As a member of the Fredrika Bremer Association she was involved in efforts to map and survey the living and employment of Swedish women. The results were published in the association’s series of writings, followed in 1941 by the publication of the book Deltidsarbete: Yrket och hemmet, which highlighted the need for more flexible employment conditions for women who were working fulltime but who also had full caring responsibilities for their families and their homes.

That same year, Birgitta Ek also co-wrote a polemical work entitled Ett barn – eller fyra with Inga Thorsson. The authors argued in support of Gunnar and Alva Myrdal’s thesis as presented in their book 1934 Kris i befolkningsfrågan, using fresh knowledge gained from the Fredrika Bremer Association studies of improvements required in housing and family policies to encourage an increase in childbearing amongst working-class women. At this time several findings of Befolkningskommissionen, a population commission instated by the government, had led to new laws and many changes in the socio-political sphere. Modern times demanded modern skills and modern approaches. In 1942 Birgitta Ek produced a compilation and “overview of the financial, social, and psychological problems and issues that families were faced with” in a book entitled Familjen vill veta, a solid handbook full of advice and suggestions aimed at facilitating family life within the new welfare state.

During the years of 1942 and 1943 Birgitta Ek’s reinforced her ties to the Fredrika Bremer Association, taking on the role of office assistant and then secretary of a committee for increased female representation. This committee brought together 35 women’s organisations in an effort to generate propaganda and mobilise women, with the goal of increasing the number of female candidates standing in general elections. Swedish women had been enfranchised since 1921 but far too few women were active in municipal organs and in parliament. Most remained tied to their homes and children, but the committee sought to find what they themselves thought about changing things. The Fredrika Bremer Association organised a national questionnaire seeking these women’s views regarding their wishes and the obstacles present, and in 1943 Birgitta Ek published a book entitled Vad 900 kvinnor tycker: en rundfråga av Fredrika-Bremer-Förbundet, which compiled the responses received to the questionnaire.

In 1943 Birgitta Ek was appointed secretary of Statliga ungdomsvårdskommittén, which looked into social issues concerning Swedish youth. During her four-year tenure, she authored a publication of the committee’s final conclusions and wrote many articles submitted to the press. The Swedish consumer cooperative was another organisation close to Birgitta Ek’s heart. During the 1948-1956 period she served as editor of Vi husmödrar, a supplement to the journal Vi which contained articles on consumer information, childrearing, and everyday information primarily intended for working-class women. In 1949 she published her sole literary work, a collection of short stories called Återvändsgatan: noveller which were based on her own experiences of how children’s and women’s vulnerable positions often lead to inescapable situations.

In the meantime, Birgitta Ek’s marriage to Erland von Hofsten had ended and in 1956 she remarried, this time to the Dane Axel Skalts. She and her youngest daughter spent two years living in Copenhagen before returning to Stockholm and to her job as a publishing editor for Rabén & Sjögren textbooks. She then returned to using her maiden name of Ek. In 1962 she transferred to a job with the magazine Allt i hemmet for which she served as editor. This job allowed her live in Copenhagen.

Birgitta Ek was often, given her broad experience in social and consumer policy issues, called upon to give talks and take part in discussions. She appeared on radio programmes and on the new medium television. She also wrote books and pamphlets for young households containing basic facts of food and laundry. These included texts co-authored with Anna-Britt Agnsäter, head of the cooperative test kitchen KF Provkök, and Tvättboken: metoder, medel och redskap för tvätt for Konsumentinstitutet (now Konsumentverket, the the Swedish Consuemr Agency). In 1964 she was awarded the Åhlén & Åkerlund magazine stipend in recognition of the articles she had published on issues relating to consumer information.

Her second husband Axel Skalts died in 1970 leaving her a widow with fully-grown children. Birgitta Ek then felt able to follow her own nose and her interests in solid social work by entering into the sphere of home care services in Stockholm. The insights she gained into the lives of the elderly lay the grounds for a remarkable series of articles published in Vi magazine. As an independent author she also wrote a dramatisation of Maja Ekelöf’s book Rapport från en skurhink for Stockholm City Theatre.

Her next project was travelling to Brazil, using a stipend from the Swedish International Development Cooperation Agency (Sida). What she experienced during her journey inspired her to write Slavarnas barn: bland människor i Brasiliens fattigaste hörn, published in 1973. The book, illustrated with pictures she herself had taken, won Vi magazine’s literary prize. In 1974-1975 Birgitta Ek then went to Equador with two film-makers, Ulf Hultberg and Mona Sjöström. Together, they produced a series of radio programmes and children’s books which recounted the lives of children who lived in different environments. The books were later translated into several languages. Birgitta Ek also wrote a film script about the living conditions of women in Equador but she never lived to see the film completed.

Birgitta Ek was struck down by cancer in the spring of 1975. She kept a diary of her reactions to her diagnosis, her treatments at the cancer treatment institution Radiumhemmet, and the experiences of her own body’s reluctance to persist. These notes were posthumously compiled by her youngest daughter and published as Plötsligt så nära: dagbok inför döden. The foreword was written by Ulla Lindström and the title was borrowed from one of the poems written by Birgitta Ek’s mother.

Birgitta Ek died in 1976. She is buried in the Woodland Cemetery in Stockholm. 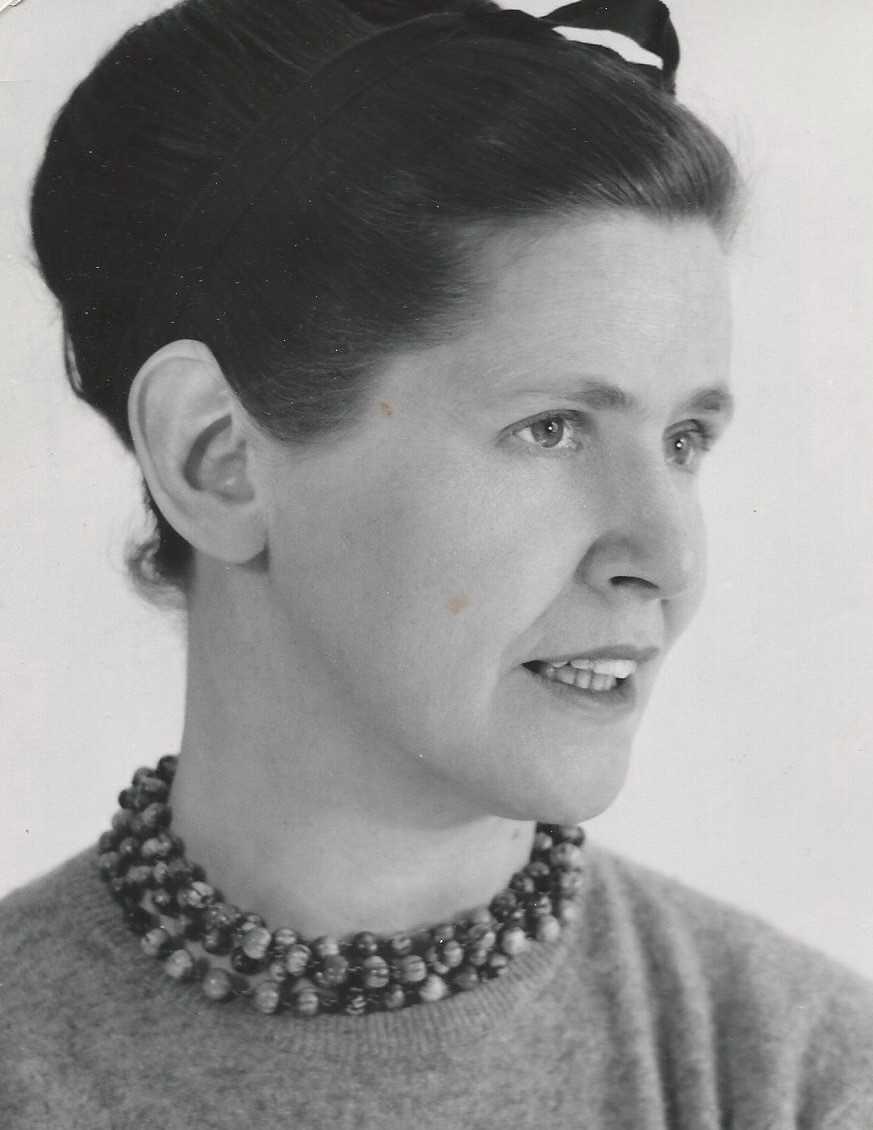