Karin Ek was a teacher and an author. She also made a significant contribution as editor of the well-received anthology Ur svenska dikten (a selection of Swedish poetry).

Karin Ek was born in Stockholm on 17 June 1885. Her father was Anders Lindblad, a doctor and director of the Eira county hospital, where prostitutes were treated sexually transmitted diseases. Her mother was Florence Farish, English-born, who had worked as a governess in Sweden before her marriage. When Karin Ek was two years old her only sibling, brother Yngvar, was born.

Karin Ek trained to be a teacher at Anna Sandström’s advanced teacher training school in Stockholm. Her fellow students included Elsa Brandström, the poet Harriet Löwenhielm, the soon-to-be rector of Fogelstad’s Kvinnliga medborgarskolan Honorine Hermelin, and the artist and author Elsa Börkman-Goldschmidt. The latter would later illustrate several of Karin Ek’s books. The teacher training school’s aim was to turn their students into independent individuals, who were ready to make a contribution to society. During her first week as a teacher Karin Ek wrote in her diary: “It will work out! It is, after all, for Sweden!”

During her teacher training Karin Ek took study leave in order to care for her mother, who was suffering from cancer. Her mother died in 1904. That same year Karin published her first collection of poems, Dikter. It was another ten years before her next work was published. In the intervening years she completed her studies. In 1907 she graduated with the highest grade in teaching skills. She was appointed as teacher of Christianity, church history, Swedish and history at Karlshamn grammar school for girls. After her father’s death in 1908 she moved in with her brother Yngvar for a while, also to be able to care for her grandmother living next doors. That year she wrote in a letter to a friend: “Death is never as terrible as the great crises of the soul, the erotic and the religious.” Here she names two of the most important topic areas in poetry. As an adult she moved away from the latter, religion, but she continued to recognize that religious lyrical poetry had set the foundation for her own poetry.

Her school career ended in the same year Karin Ek ended her relationship with her first love, pilot Axel Sjöblom, whom she had met as a summer visitor in the Stockholm archipelago. She began a relationship with the literary historian Sverker Ek. They married in 1909, after Karin’s grandmother’s death, and settled in Gothenburg. Despite their large family – they had five children, one of which died as a baby – and a wide circle of friends, Karin Ek never felt at home in Gothenburg. She felt a lifelong yearning for her hometown, which is reflected in her writing. The lyrical essay collection Fredmansgestalten from 1915 is as much a paean to Stockholm as to Bellman’s description of the city, but the book can also be read as an alternative self-portrait.

Another central themes in Karin Ek’s writing is nature. Both nature and the man she was in love with were of equal significance, she is said to have noted. Axel Sjöblom and the archipelago were one unit, while Sverker Ek and the mountains of Härjedal formed another. Sea water and oak groves were linked to relations with Pär Lagerkvist and Gösta Sandels, men whom Karin Ek had relationships with during her marriage to Sverker Ek. In her love affair with the Swedish-American sculptor David Edström nature played a subordinate role; his studio and dark dancing halls served as their meeting places. A concrete memory of their meetings is a large portrait of Karin Ek, a bronze bust, which Edström gave Karin Ek before leaving to North America in 1915.

Especially the relationship with Axel Sjöblom seems to have left deep traces in Karin Ek’s life and poetry. Both her second poetry collection, Den kostbara hvilan, 1914, and Idyll och elegier, 1922, contain many poems which can be traced back to their love affair. She had already written many of them in 1908 and only made small changes to them before publishing. Her only novel, the autobiographically tinted Gränsen, 1918, reflects the critical class awareness she developed as a result of the relationship with Sjöblom and his family. The novel portrays young Agnes and her fear of the erotic as well as her dreams of love. It ends with Agnes leaving her beloved Mårten even though she knows she is bound to him forever. The novel also provides a poetic description of the islands around Sandhamn in the Stockholm archipelago. It also hints at how well-read Karin Ek was. The story is full of quotes from folk ballads to Fröding, from the Odyssey to Robert Burns.

When Gränsen was published Karin Ek re-initiated contact with Sjöblom. After a nervous breakdown she decided to stay with Sverker and their four children in Gothenburg. During a week spent with friends in Mockfjärd Karin Ek wrote: “Som ett moln, som en fläkt…”, a poem about the end of a summer of pain. She decided to focus on writing books but soon came to experience new emotional disruption with Pär Lagerkvist.

Further to her literary works Karin Ek also wrote essays and worked as an editor. The aforementioned essay collection Fredmansgestalten became famous for its original style. However, not everyone appreciated it. In a portrayal of Karin Ek in Ord och Bild 1927 Sten Selander argued that she relied on inarticulate screams of delight instead of explanations for why she loved Bellman’s work. He simultaneously admitted that he found it hard to conceive of a female critic. Ellen Kleman, a reviewer at Hertha, took a more positive stance and described the book as an original study “which should rather be described as literary-analysis poetry and which becomes a synthesis due to its being poetry”.

Karin Ek compiled a major Swedish poetry anthology for Albert Bonniers’ publishing house. Her idea was to order the poems thematically and to allow the poets to communicate despite the chronological separation. Ur Svenska Dikten, as the anthology was entitled, was published in three volumes in 1921 and numbered one thousand pages. It received substantial and largely positive reviews. Anders Österling of Svenska Dagbladet commented on how surprisingly well Karin had succeeded at her task, and that it was genuinely interesting to see how perspectives on nature and eroticism had changed over the centuries. He described the anthology as pure poetry, unconventional, and quite daring, and he appreciated her fearless inclusion of the arcane, which was aptly positioned for best access. However, there was also a fair amount of criticism levelled at the anthology. The Bonniers archive at the Centrum för näringslivshistoria contains Karin Ek’s answer to Karl Otto Bonnier in response to the criticism, for example by Bo Bergman of Dagens Nyheter. Bergman had not signed his article and Karin Ek believed that this was due to his shame. He even admitted that his criticism was based on a cursory glance at the list of authors! Karin responded to every point and suggested that she would include a few more Bergman poems in the next edition. The letters in the archive reveal her confidence in her professional roles as editor and author.

From an early age Karin Ek suffered from the same cancer that had killed her mother. The poetry collection entitled Död och Liv, which was published at Christmas 1925 and was her last work, depicts her experience of the illness. The poems are forceful due to their raw gravity. The first part of the sequence “Verser i sjukdom” discusses life: “Kära liv – går du nu? / Vänder dig bort från mig?” (“Dear life, are you leaving now? / Turning away from me?”). The sick is grateful for life’s kiss and then remains alone in the shadows while life hurries away. In the second part death is suddenly closer than ever, smiling and caring. The last section of the sequence is the most cited: “Min ena hand i din, mitt barn, / den andra i dödens hand - ” (“One hand holds yours, my child, / the other holds death’s hand - ”). The river is roaring and the mother says to her child to let go and return home. “Trygg jag går med döden, mitt barn - - / vinka farväl med din hand” (I am safe with death, my child - -/ wave goodbye”). This safety is not stable, however. Karin Ek also writes about nights of worry, and how dawn brings the return of hope. She wonders about the peaceful night which must come sometime, and is delighted by her son’s arrival with flowers – blue eyebrights. One section of the poems comprises warm love poetry and some with astonishingly clear perspectives: “Bitter dryck drack jag utav din mun - / aldrig förut var kärlek bitter mot mig” (“It was a bitter drink I sipped from your mouth - / love has never been bitter to me before”). These late poems contain the same long perspective of emotional commitment as the novel Gränsen. In the poem “Du”, from October 1925, the narrator has also left a man who had shown her his troubled inner side. “Du upplät din själ för mig / så att jag genomträngdes av dess strålbild / - och aldrig, aldrig lämnar dig” (”You revealed your soul to me / so that its rays pierced me / - and I will never ever leave you”). Here Karin Ek is using free verse, but she more frequently used classical metre. The sonnets flow so freely that the reader hardly notices the compelling technique.

Karin Ek frequently wrote about her desire to be at one with the earth, sand and stones. Nature alone gave her real comfort. Helge Lindberg wrote in Polstjärnan (number 17-18, 1926) that Karin’s longing was not only for new sensory impressions, but a desire to rise into a reality completely different to conscious life. This also applied to love. Leaning on another’s heart “hör jag all-livet. / Jag hör gräset växa, haven svalla, / världsvindarna vina kring den ensamma Jorden” (”I hear all of life. / I hear the grass grow, the seas swell, / the winds of the world howl around the lonely earth.”). These lines are from the poem “Då sjunger mannens hjärta…” in Den Kostbara Hvilan. In 1979 Elisabeth Hermodsson chose this poem for her anthology Kvinnors Dikt om Kärlek.

After some difficult years of treatment at Radiumhemmet in Stockholm, and periods at a rest home, Karin Ek died at the age of 41. She shares her grave with her first-born son. 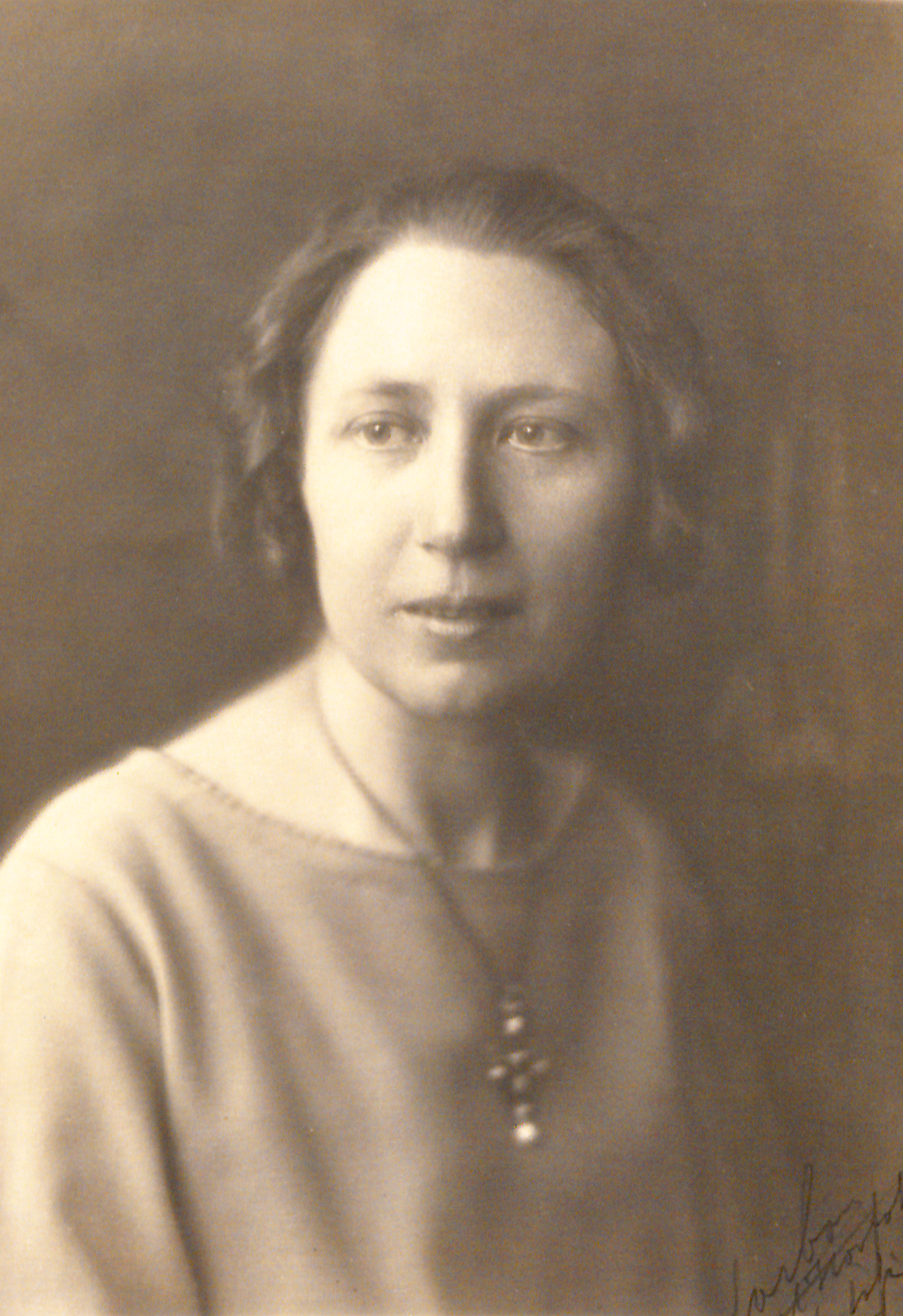