Kajs Tidholm was born in 1920 in Örebro and grew up in an upper-middle-class home with two older brothers. Her mother came from an old merchant family with Scottish ancestors, the Dickson family in Gothenburg, and her father was the director of a branch of the insurance company Trygg-Hansa. Her mother was much appreciated for reading aloud, and her parents’ literary relatives often spent time in their home: Hjalmar Bergman who was one of her father’s cousins and Harriet Löwenhjelm who was one of her mother’s cousins. Apart from that, sports and scouts took up the children’s leisure time. Kajs Tidholm was also very interesting in reading.

In 1939, Kajs Tidholm matriculated. She would really have liked to continue studying, but the year before, her father had died suddenly and the family fortune was then discovered to be as good as gone. Kajs Tidholm had quite simply to start working. During one summer holidays, she had been a volunteer at the liberal daily newspaper Nerikes Allehanda, and now she became the first woman journalist to be employed by the newspaper. In an interview from the 1990s, she recounts how the rationing of transport and fuel during the war years meant that she made many cycle trips over the windy Närke plains. Criminal reportage became her speciality apart from the more woman-orientated material for which she was assumed to be automatically suited. She also gradually developed a very competent and scrutinising eye for consumer matters in the broad sense.

At Nerikes Allehanda’s editorial office, Kajs Tidholm met her husband-to-be, the sports journalist Gunnar Åslund. They were married in 1940. For slightly more than a year, she was the night editor of Bergslagens Tidning in Lindesberg, before the couple had a son in 1943 and a daughter in 1945. After a year or two, the couple separated and Kajs Tidholm was left alone with two small children.

In 1948 she remarried, this time the bank clerk Sven-Erik Molander and soon after the family moved to Stockholm, where another son was born in 1952. Kajs Tidholm was then working at the liberal Stockholms-Tidningen as a general reporter. In 1956, the owner Torsten Kreuger sold the newspaper to the central trades union Landsorganisationen (LO), and Kajs Tidholm moved to Morgonbladet, that had been taken over the same year by the liberal party Folkpartiet (currently Liberalerna) after having been a Christian liberal daily newspaper. After two years at Morgonbladet, she continued on to the evening newspaper Expressen in 1959, but resigned there after one year to continue as a fulltime freelancer as both the editor and reporter for the weekly magazine Husmodern, and the magazines Hem och Samhälle, ICA-Kuriren, Vecko-Journalen, Svensk Handel and Fri köpenskap. In the last-named, she wrote columns under the pseudonym Kritiska frun (Critical missus), with criticism of oddities and shortcomings in the food trade.

A critical and scrutinising perspective was Kajs Tidholm’s hallmark, also when it came to her own professional working conditions. In 1969, she was one of the founders of the freelance club in the Swedish journalist association (Svenska Journalistförbundet), whose chairperson she was for many years, working for employment with proper contracts, pensions and holiday pay. When she had retired, she worked as a jury member and was engaged in the local Huddinge Party, at the same time as she was the organiser of the Red Cross sales of second-hand books. Books and reading to find out new things were part of her approach to life. 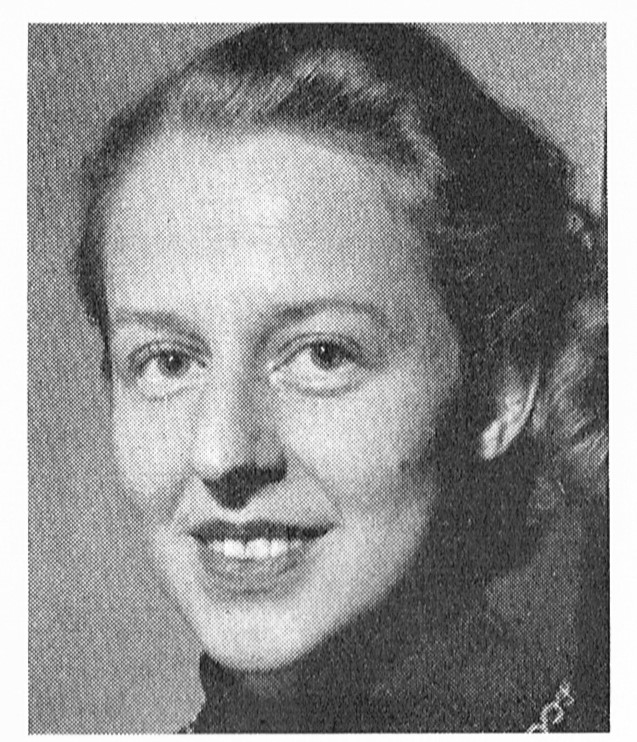