Karin Stolpe was a translator and an author. She translated at least fifty works of fiction and factual texts into Swedish from German, French, English, and Italian as well as other languages.

Karin Stolpe was born as Karin Maria von Euler-Chelpin in 1907. She came from a family of academics and lived in Kungsholmen in Stockholm. Her father, Hans von Euler-Chelpin, originally born in Augsburg and a member of a Bavarian artistocratic family, had made a career in academia. He worked as a chemist in Sweden and in 1929 he and a British colleague were awarded the Nobel prize for chemistry. Karin Stolpe’s mother, Astrid Cleve, was a botanist, geologist, and chemist and at the age of 23 she had become the first woman to gain her doctorate in the natural sciences. Karin Stolpe’s parents collaborated on a range of research projects before divorcing in 1912. Her mother got sole custody of the five children in the family. Karin Stolpe’s father later remarried and had another four children. Both Astrid Cleve and Hans von Euler were committed Nazi-sympathisers, as was Karin Stolpe’s older brother Ulf who, in 1970, was awarded a Nobel prize for medicine. However, there is nothing to indicate that Karin Stolpe shared those family members’ political views.

In 1917 Karin Stolpe, along with three of her siblings and their mother, moved to Hammarö in Värmland. There Karin Stolpe attended Karlstads högre elementarläroverk för flickor, from fifth year to eighth year. She returned to Stockholm where she attended latingymnasiet, or language-based high-school. She spent part of her high-school years in Switzerland. From 1928 she was a student at Stockholm college, where she gained her Bachelor of Arts in pedagogics, Romance languages, and German. In 1931 Karin Stolpe married Sven Stolpe in Sigtuna. The latter was already a cultural celebrity in Sweden and their social circle included authors such as the then young Olof Lagercrantz. Karin Stolpe engaged in an intense love affair with Lagercrantz after her wedding, which precipitated a serious crisis in her life. Her marriage survived and she went on to have four children with Sven Stolpe.

Karin Stolpe’s grandson, Alex Schulman, wrote a novel entitled Bränn alla mina brev, published in 2018, which portrays a deeply negative relationship between Sven and Karin Stolpe, albeit this book errs toward fiction rather than biography. Svante Nordin has also maintained, in his biography of Sven Stolpe, that the latter’s marriage was a stormy one. Initially the Stolpes lived in Karlskoga, moving later to Stjärnesand manor near Boxholm, and finally settling in Filipstad. They also spent long periods of time living in France.

Karin Stolpe and her husband took on several translation projects together, including Herman Hesse’s Steppenwolf, published in 1931. Karin Stolpe was commissioned by Bonniers barnbibliotek to write a children’s book and in 1934 Pigg och Pettan was released. Afterwards her publications solely comprise translations, around fifty, from at least six different languages: Germany, French, English, Italian, Norwegian, and Danish.

In the summer of 1942 Karin Stolpe suffered a serious accident when a kerosene lamp exploded in the kitchen. Following the accident she spent almost a year at Örebro Centrallasarett (now Universitetssjukhuset Örebro). There she met a Russian woman who had converted to the Roman Catholic faith. When Karin Stolpe returned from the hospital she began to attend mass at the Catholic congregation in Örebro and shortly afterwards she too converted. Her husband was also drawn to the Catholic religious traditions and two years later he converted in Paris. Karin Stolpe’s mother also became a Catholic shortly afterwards.

At the beginning of her career as a translator Karin Stolpe alternated working on high prestige novels, which she often translated in conjunction with her husband or other colleagues, and working on books for children and young people. Once she had converted to Catholicism she primarily translated Catholic works, particularly non-fiction. Karin Stolpe translated works by many distinctive and influential thinkers, including Simone Weil, Pierre Teilhard de Chardin, and Carl Gustav Jung. One of the authors who appears to have personally interested her was Danilo Dolci, the famous poet, public educator, and non-violence activist of the 1960s and 1970s. She translated several of his books from Italian into Swedish and also entered into a correspondence with him for many years. His The Lemon Moon, published in 1973, which is a selection of poems in two volumes (the second volume of which was translated by Kurt Högnäs), is the sole poetry collection that figures in Karin Stolpe’s bibliography.

Karin Stolpe did not only collaborate with her husband when translating but also with her daughter Monica Rennerfelt and her friend Ingrid Ydén-Sandgren, for example. Several of the translations she worked on jointly with her husband were released with “Sven Stolpe” or one of his pseudonyms (“S.J.S” or “Erland Rådberg”) given as the translator. According to the couple’s mutual friend, Crister Enander, although Karin Stolpe undertook the majority of the work in translating Pascal’s Tankar, published in 1971, the publisher insisted for financial reasons on using Sven’s name as the translator. There is reason to believe that she in fact translated more works than she has been given the credit for.

Karin Stolpe died in 2003, aged 95, in Filipstad. She is buried beside her husband at Vadstena nya kyrkogård (cemetery). 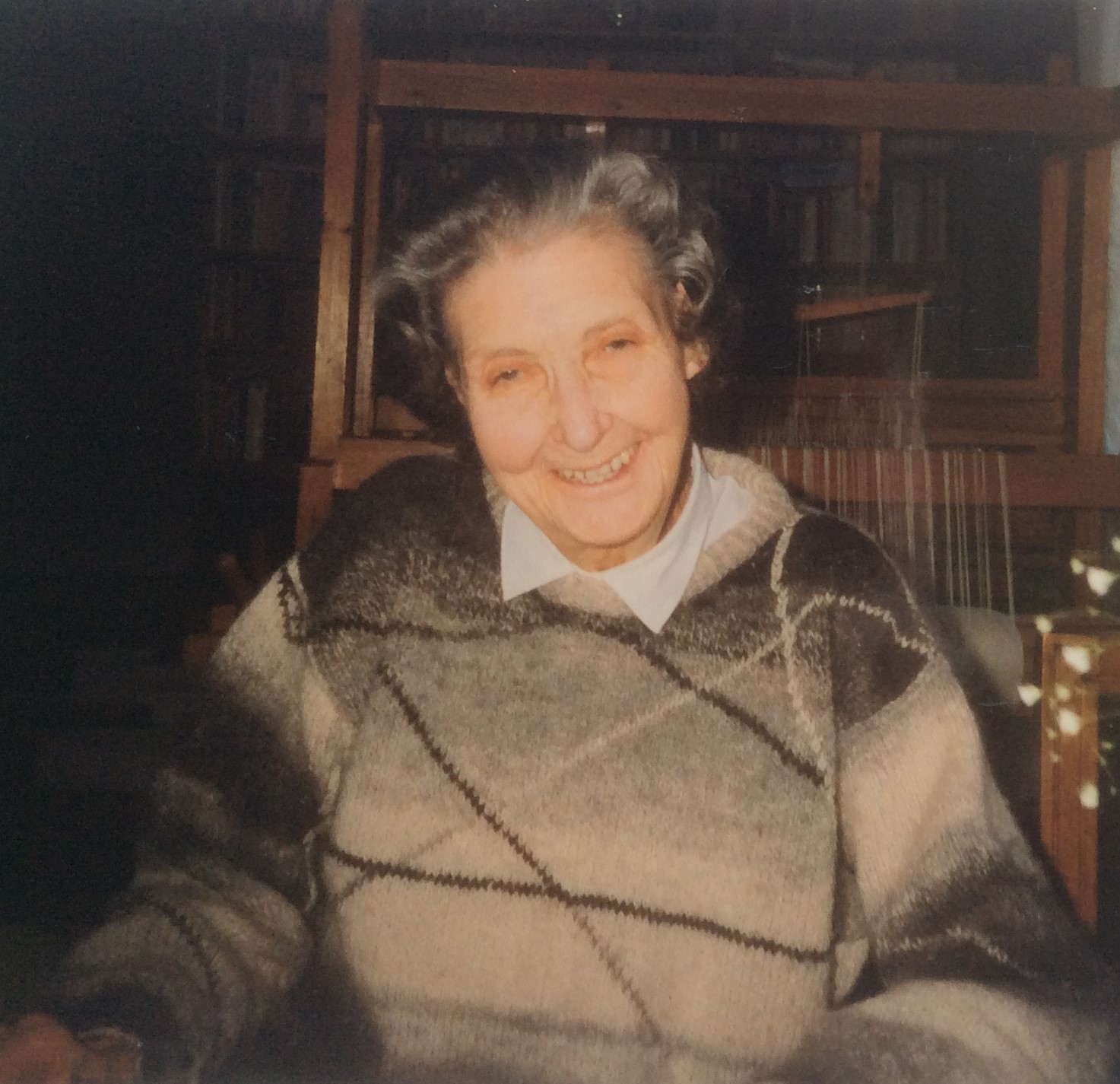