Karin Swanström was a prominent actor, theatre director, film producer and the first female Swedish producer of a feature film.

Karin Swanström arrived in the capital city aged 16. She lived with her paternal grandmother who was over 70 years old and the widow of an equine doctor on Östermalm. The next year she applied to Dramaten’s school of acting which she then attended for the period of 1890–1892. Her talent became apparent during her student years from her performances in student shows such as Blond och brunett and Bröllopet på Ulfåsa in 1891. On completing her training she was employed at Dramaten in 1892. She then performed in several tours during the 1895–1897 period, and was then hired by Hjalmar Selander’s company for the 1897–1898 season. From 1899 she found employment at Svenska Teatern in Helsinki. After five years in Finland she returned to Sweden and set up her own touring company in 1904, which she ran until 1920. Her company eventually became one of the leading Swedish companies, with a broad repertoire including classical plays, comedies, and farces. During the 1920s she also performed on various Stockholm stages, such as Blancheteatern and Oscarsteatern. She was active at the latter during the 1926–1931 period when it was under the directorship of Gösta Ekman as well as Johan and Pauline Brunius.

Some of Karin Swanström’s many theatre roles included Marianne Friis in Kära släkten at the old Dramaten in 1892, Roxane in Cyrano de Bergerac with the Selanderska company in 1898, Mrs Alving in Gengångare at Blancheteatern in 1921, as well as Miss Shoe in En sensation hos Mrs Beam also at Blancheteatern, in 1925. At Oscarsteatern she appeared as Countess de la Brière in Vad varje kvinna vet and as the housekeeper Lina in Moloch, both in 1926, as Mrs Edla Hedman in Rötmånad and Mrs Candour in Skandalskolan and as Lil Rice in Broadway, all three in 1928, as Fanny Cavendish in Den kungliga familjen in 1929, and as the Mother-in-Law in Gustaf Vasa in 1930.

Karin Swanström made her silver screen debut at the age of 48, in 1921, by appearing in Mauritz Stiller’s Russian Revolution drama called The Exiles. She went on to appear in almost 50 films during the 20 years she was active as a film actor. Some of these films include The Saga of Gösta Berling in 1924, A Sister of Six and Girl in Tails both in 1926, Husband by Proxy in 1927, Servants’ Entrance in 1932, Giftasvuxna döttrar in 1933, Fasters millioner in 1934, The Marriage Game and Swedenhielms both in 1935, Äventyret and The Family Secret and On the Sunny Side all in 1936, Sjöcharmörer in 1939 and Steel in 1940.

As she had done within the theatre world Karin Swanström quickly began to take on various responsible and creative tasks within the film-making industry. From 1923–1924 she was the production manager of the newly set up and short-lived Bonnierfilm company, for which she also directed three films and acted in them. Karin Swanström was one of the few, almost unique, pioneers of female film-makers within what was a heavily male-dominated branch, particularly when it came to positions of power, during the first decades of the Swedish film industry. Her only predecessors were Anna Hofmann-Uddgren and Pauline Brunius, albeit they had only directed shorts. Thus Karin Swanström can be said to be the first Swedish female director of a feature film. The film roles she chose were often those of strong female characters, in stories which presented issues from a woman’s perspective, such as the 1923 film adaptation of Elin Wägner’s The Nortull Gang. Some of the films Karin Swanström directed include the 1925 Kalle Utter and Girl in Tails from 1926, the latter of which was a feminist comedy.

During the 1933–1941 period Karin Swanström worked as production manager at Svensk Filmindustri (SF). She also worked as artistic advisor and director and in practise ran the entire film production department within the company’s large recording studio, the Råsunda film studio. This was a very demanding position to hold within a male-led industry, in the film company representing the leading style and dominant force within Swedish films. Many of Sweden’s prominent film directors, cinematic photographers, film stars and other creative forces gathered here in what resembled Sweden’s own Hollywood or Babelsberg. Karin Swanström chose her own path within her chosen career and came to exert major influence on SF productions for a number of productive years. She served as artistic advisor on several films, including Simon i Backabo and Anderssonskans Kalle both from 1934, Swedenhielms and The Count of the Old Town both from 1935, Johan Ulfstjerna from 1936, Klart till drabbning from 1937, Landstormens lilla Lotta and Filmen om Emelie Högqvist both from 1939 and Kiss Her! and His Lordship’s Last Will, both from 1940.

During her many years of touring throughout Sweden Karin Swanström had learned which repertoires were most popular and so she was well able to deliver what the public wanted to see. This was a highly useful tool and made her an asset to the film industry during the depression years. The production duo of Swanström-Claësson delivered the necessary public successes. They kept the business afloat and steadily navigated the economically troubled times. Karin Swanström was not just a successful film maker but also provided a seedbed for promising young actors whom she pushed in front of the cameras, including the likes of Birgit Tengroth, Sickan Carlsson, Ingrid Bergman and Alf Kjellin.

Karin Swanström thus was one of the most prominent, powerful and important women within the history of Swedish film-making. Despite this fact, her contributions long remained overlooked within industry historiographies. She had to retire shortly before her death and many of the cinematic advances which she had facilitated were already treated with contempt during her lifetime. The popular and light-hearted genres which Karin Swanström tended to engage with were often held in low regard by the cultural establishment who deemed them lacking in proper artistic ambition. The historiography of film has primarily been recorded by men and within it Karin Swanström has remained blatantly overlooked. This may be for several reasons: she may have been viewed as ill-suited to the desired image that some wanted to project of Swedish film historiography. This resulted in the vanishing of a valued figure and her role in what was then an emerging craft. Apparently, that a woman could attain the position which Karin Swanström held has not been considered noteworthy. As happened to many prominent women, those around her awarded a different value to her contributions and qualities from the accolades given to men in similar positions and with similar productivity. Karin Swanström was shunted into a shadowy corner of history, but that history is now increasingly being revised and she is now being revealed as the strong force and role model that she was.

Karin Swanström had great depth as an actor, but nevertheless often chose to appear in entertaining works in which she played ladies who were jovial, wanton, dramatic, severe and emotional. She portrayed many characters such as countesses, upper-class women, incredibly wealthy old women, and widows, as well as simpler women who were cooks and housekeepers. Karin Swanström’s first role, a Russian princess, set the tone for her future film appearances. People believed that these roles lay close to her actual persona, temperamental, expressive, charming, imperious as well as extravagant. Karin Swanström has also been described as a kind of Catherine the Great of the theatre: despotic, capricious and a right primadonna, who was also an accomplished theatre person and director. A person with great drive, a survivor and fighter who took control of her existence and vision and who never apologised for her vision. She was ahead of her time, however, which was simply not ready for her.

Karin Swanström was married to the film producer Stellan Claësson from 1915 until her death. The two of them often worked together, from the time she trod the boards in the 1910s right through her career in the film industry, both at Bonnierfilm and at SF. Karin Swanström was also a drama teacher in Stockholm during the 1921–1925 years.

Karin Swanström died in Stockholm in 1942. She is buried at Gustav Vasa Columbarium in Stockholm. 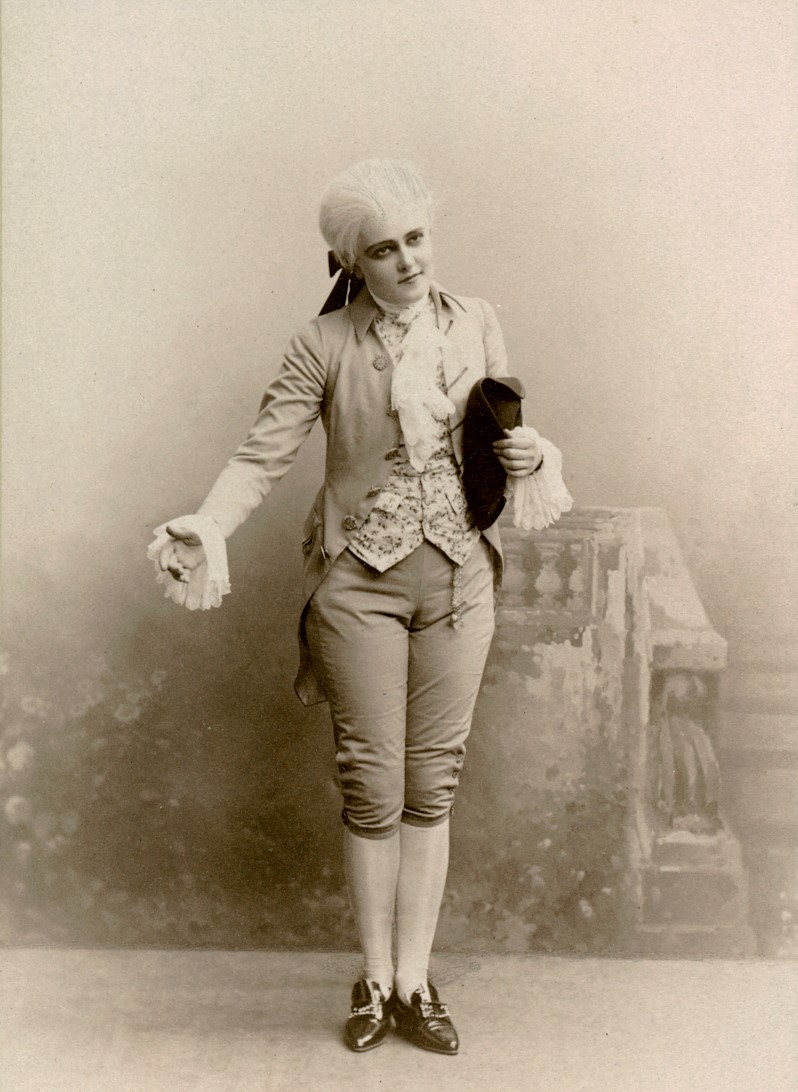