Karin Molander was an actor who worked at several theatres, including Nya Intima Teatern and Dramaten in Stockholm. She is just as closely associated with the peak of Swedish films during the silent-movie era when she played lead roles in films such as The Girl of Solbakken in 1919 and Erotikon in 1920.

Karin Molander was born in Vårdinge in 1889. She was the daughter of Nils Edvard Edwertz, a merchant, and Alma Josefina Almqvist. Having taken private acting lessons with Julia Håkansson, an actor at Dramaten, Karin Molander was just 18 years old when she gained her first acting parts at Vasateatern and Östermalmsteatern. She rapidly became a popular comedic actor using an acting style which reflected contemporary preconceptions of the modern emancipated woman. From the autumn of 1909 she spent a couple of years performing at the theatre in Helsinki. She married the director Gustaf Molander in the Finnish capital. When the couple returned to Sweden she spent from 1911–1920 working at Gustaf Collijn’s newly-opened Intima teatern (later known as Komediteatern). This theatre, in Ulla-Britta Lagerroth’s words, “was of great significance in terms of the development of Swedish art of acting as it moved towards a more intimate acting style and finely-tuned ensemble acting”. Karin Molander also worked at Lorensbergsteatern from 1920–1922 and worked at Dramaten for two distinct periods, from 1922–1925, and again from 1931–1937.

Karin Molander appeared in twenty feature film roles during the 1914–1920 period. She made her film debut in Victor Sjöström’s Half Breed from 1914 and then went on to play the lead in several of Mauritz Stiller’s films, including the Thomas Graal films Thomas Graals bästa film, from 1917, and Thomas Graals bästa barn, from 1918, as well as the 1920 Fiskebyn, with an original script by Bertil Malmberg, which was the first full-length film to be specifically scripted by a recognised author for the silver screen. Karin Molander also appeared in Erotikon in 1920. She also played the lead role in, for example, Victor Sjöström’s The Lass from the Stormy Croft in 1917, Rune Carlsten’s Bomben in 1920, and John Wilhelm Brunius’ The Girl of Solbakken in 1919, which in Leif Furhammar’s words “was based on Bjørnstjerne Bjørnson’s solid culturally-established novel”.

Karin Molander’s first husband, Gustaf Molander, was responsible for the scripts for several of these films. Karin Molander performed opposite many of the biggest stars of the era, including Anders de Wahl, Tora Teje, Richard Lund, and Gösta Ekman, as well as Lars Hansson whom she later went on to marry in 1922. They also both performed the leads in King Lear, where she played Cordelia to his Lear, whilst both working at Lorensbergteatern. When Lars Hansson went to Hollywood in the late 1920s Karin Molander accompanied him but never herself did any acting there. On her return to Sweden she became employed at Dramaten.

During her second stint at the national theatre her roles included Kristina in Olof Molander’s staging of Mäster Olof in 1933 and opposite Signe Hasso in his staging of Friedrich von Schiller’s Maria Stuart in 1935. Towards the late 1930s she gave up her professional career. In 1954 she made a brief return to perform her final film role which was a small part in Hasse Ekman’s film Gabrielle.

Karin Molander lived out her days in Täby, at Höstsol, a foundation for retired actors which had been set up by Teaterförbundet (Swedish union for performing arts and film). She died there in 1978 and was buried in the family grave at Norra begravningsplatsen (the Northern cemetery) in Solna. 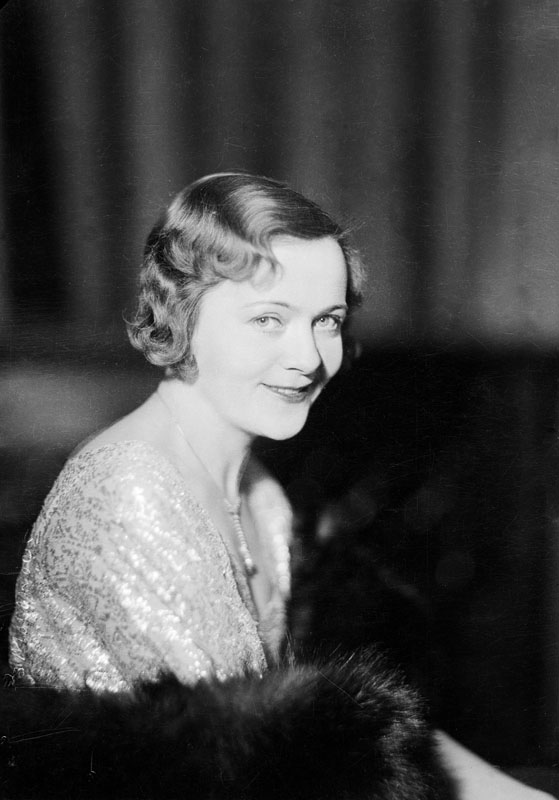