Kerstin Bernhard was a photographer whose specialities were portraits, fashion and food. She also created her own illustrated texts about bread and bread traditions in different countries. She was a pioneer in the Swedish photographers’ association (Svenska Fotografers Förbund).

Kerstin Bernhard was born in 1914 on Lidingö where she grew up in a middle-class, artistic and open-minded environment. Her mother Ester Bernhard was a modern professional woman who ran a gymnastics institute for ten years. Her father was the architect Edward Bernhard who designed the Stockholm department stores Åhlén & Holms at Skanstull, Tempo and PUB at Hötorget and the cinema Röda Kvarn. Kerstin Bernhard started taking photographs when she was twelve and was given her own camera. After matriculating at the Lyceum for girls in Stockholm in 1933, she became an apprentice to the photographer Ferdinand Flodin. She also attended senior lecturer John Hertzberg’s lessons on photography at Kungliga Tekniska Högskolan.

In 1934–1936, Kerstin Bernhard was a pupil at Contempora Lehrateliers, private school of architecture, design and photography in Berlin. Like the Staatliches Bauhaus, this private school united all forms of art. One of the subjects was architectural photography. At the school, she came in contact with photography by August Sander, Edward Weston, Ansel Adams, Margaret Bourke-White, Man Ray and Martin Munkácsi. The political mood in Berlin frightened her and she retained all her life a fear of large gatherings of people.

After completing her education, she returned to Sweden, took a job at Ateljé Uggla and started working as a freelancer. In 1939, she established her own atelier in central Stockholm. There she photographed children and bridal couples, confirmation candidates and students, and also actors and actresses like Ingrid Bergman, Inga Tidblad, Lars Hanson and Viveca Lindfors. Her portraits of theatre stars appeared on the covers of weekly magazines like Idun, Vecko-Journalen and Filmjournalen, but also the professional Svensk fotografisk tidskrift. Kerstin Bernhard did not much enjoy being a portrait photographer, so she travelled to Paris instead in 1947 where she started photographing fashion. With her photographs, mostly taken out of doors in unexpected surroundings, she became one of Sweden’s foremost fashion photographers in a male-dominated genre.

In 1948 she returned to Stockholm, sold her atelier and continued with fashion photography. Architecture had a given place here too, as in a patterned OP dress at the Liljevalch’s art gallery, evening gowns in the Haga pavilion and autumn fashion at the Malmen hotel in Stockholm. The shoe branch became an important client in the mid-1950s and Kerstin Bernhard became a style pioneer with her photographs of shoes. The fur branch was another important client.

For six months in 1948–1949 in the USA, she studied colour photography and food reportage. She left the atelier that she had established in 1950, and furnished a new atelier, darkroom and her own test kitchen in her home on Lidingö in 1955. Kerstin Bernhard continued to photograph fashion but food and not least food and its surroundings soon became her greatest interest and main occupation. From 1955 and twenty years onwards she was the leading food photographer in Sweden. Her cooperation in Bonniers kokbok, the first modern cookery book in Sweden, that came out in 1960, was groundbreaking with its large colour photographs. The work took all of three years and the book was published in 270,000 copies.

In the 1960s, she decided to make a systematic documentation of the age-old bread cultures in France, Greece, Egypt and the Nordic countries. In her stories about how bread was handled, how bread was part of street culture and about bread in the home, she created unique photographic narratives. The book Bröd with her photographs and texts by Harriet Hjorth and Jannis Ambatsis, was published in 1969. In 1987, her book Brödminnen was published, in which she was responsible for both illustrations and texts, as she was in the book Till Frankrike med kamera och kärlek from 1991.

The photographers’ association Svenska Fotografers Förbund was a professional home to Kerstin Bernhard from early on. She became a member in 1939 and was active as both a board member and a lecturer. In 1955 she was the only woman among twelve men on the board. The same year, she, Anna Riwkin-Brick and Inga Ohlsén, were awarded the association’s Florman medal. It was the first time it had been awarded to women. The association Fotografiska Föreningen, to which she was elected in 1934, also awarded her a number of distinctions.

Kerstin Bernhard’s photographs were shown in more than thirty exhibitions between 1939 and 2014. The first ones were Det nya ögat – Fotografien 100 år at the Liljevalch’s art gallery in 1939 and Modern Svensk Fotokonst at the National Museum in 1944. Her first separate exhibition took place at Galleri Gummeson in Stockholm in 1953 and she was the first photographer to exhibit at the Thielska galleriet, in 1975. In 1981, she participated in Se dig om i glädje at the Fotografiska museet. She also exhibited her photographs in Copenhagen, Århus, Oslo, Paris, Santa Barbara, Los Angeles and Krakow. The Nordiska Museum put on a big retrospective exhibition in 1997 after acquiring her archive.

In 1983, she ended her career as a professional photographer. However, she continued her creation of pictures with the picture suite I sitt eget skal produced in her villa on Lidingö, where she photographed things she herself found beautiful like garlic, eggs, nuts, and pea pods. With a sure feeling for style, she turned the most everyday objects into great art.

Kerstin Bernhard had an extensive circle of friends which included many of the well-known photographers of that time, like Sten Didrik Bellander, Sven Gillsäter, KW Gullers, Hans Hammarskiöld and Sven Johansson. She was a board member of the association Fotografiska Museets Vänner in the mid-1960s. It was a nonprofit association that aimed to bring about the foundation of a photo museum in Sweden.

Kerstin Bernhard died in 2004. She is buried in Lidingö Cemetery. 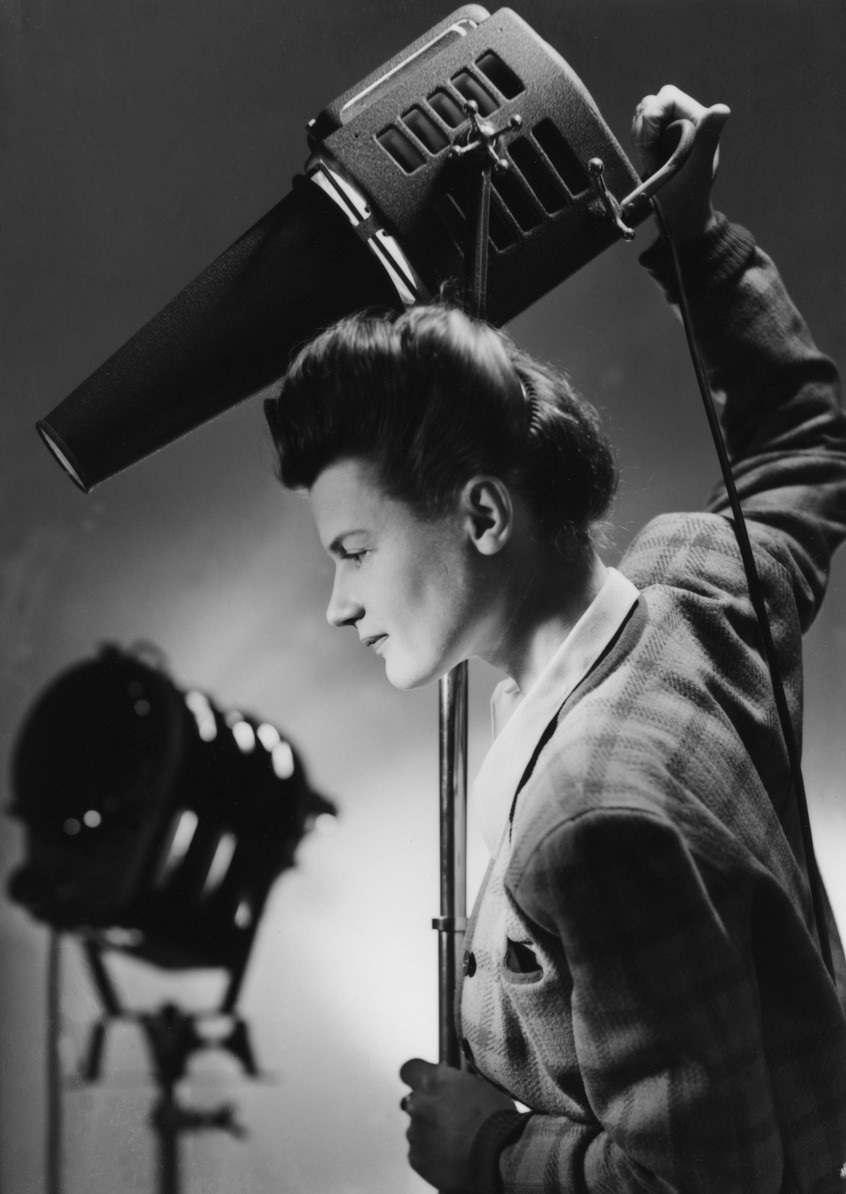