Kerstin Thorborg was a court singer. She celebrated her greatest triumphs in Wagner’s contralto roles at the Metropolitan Opera in New York and prior to that in Buenos Aires, at the German Opera in Prague and in pre-Nazi Germany and Austria.

Kerstin Thorborg was born in 1896 in the village of Siknäs in Venjan, in a musical home. Her brother Olof often sang during his training as a physician as did their father Viktor Thorborg, who had sung first bass in the male choir Orphei Drängar in Uppsala before becoming a newspaperman and editorial secretary at Södra Dalarnas Tidning. Their mother Hildur, née Boman, and brother Klas were even more important to Kerstin Thorborg since they encouraged and supported her economically.

After passing her school certificate, Kerstin Thorborg took lessons for the voice pedagogue Ina Wickström in 1914–1916 in Växjö. After that followed studies with the voice pedagogue and voice physician Gillis Bratt, who was her teacher in 1917–1919, after which one of his assistants, Karin von Rosen, took charge of Kerstin Thorborg’s voice training until 1923. After a successful audition at the Kungliga Teatern Opera School (now Operahögskolan in Stockholm) she started her professional training.

After small roles in Wagner’s Die Walküre and Verdi’s Rigoletto, she made the first of her three obligatory debuts in 1923: as Lola in Mascagni’s Cavalleria Rusticana, a role that disappeared out of her repertoire after three performances. On the other hand, she enjoyed some of her greatest successes in the future in Berlin, Vienna and New York with her other two debut roles: Ortrud in Wagner’s Lohengrin in 1924 and Amneris in Verdi’s Aida in 1925.

In the autumn of 1925, Kerstin Thorborg got to know Gustaf Bergman who became very important to her. He had been the director at the Stora teatern in Gothenburg, from which he was fetched by the Stockholm Opera director John Forsell after having produced Die Fledermaus by Johann Strauss the younger. He was to be responsible for the Stockholm production of the same work. After that, he was appointed as stage manager at the Kungliga Teatern. It was at the Stockholm Opera that Kerstin Thorborg — probably with the help of Gustaf Bergman — learned practically her entire future repertoire with five exceptions: Eudossia in Ottorino Respighi’s La Fiamma, the dryad in Ariadne auf Naxos, Clytemnestra in Electra, Octavian in Der Rosenkavalier and Herodias in Salome, the four last-named operas by Richard Strauss.

In 1925, Kerstin Thorborg signed her first contract with the Kungliga Teatern, the first of several that were often renegotiated so that her annual income rose from 3,000 kronor to 16,000 kronor. When her final Stockholm contract expired in 1931, she had appeared in 341 performances of altogether 38 productions, among which were lesser roles in Swedish operas.

Kerstin Thorborg signed her first foreign contract with the Nürnberg Opera in 1930. After that she appeared mainly in the German-speaking opera houses: Deutsches Landestheater in Prague, Stadt-Theater in Nürnberg, Städtische Oper in Berlin, Wiener Staatsoper and the Salzburg Festival as well as the German seasons at Teatro Colón in Buenos Aires and the Metropolitan Opera in New York. At Covent Garden in London she sang only Wagner and Richard Strauss every spring in 1936–1939.

In 1928, Kerstin Thorborg and Gustaf Bergman were married in the church in her home town Hedemora in the central Swedish province of Dalarna. With that she was to share her sixteen-year-older husband’s economic problems with paying maintenance after two divorces. However, from 1931 onwards, she earned so well that she was able to end her contract with the Städtische Oper in Berlin in 1934 on account of her dissatisfaction with the Nazis and as a protest against Hitler. She did the same thing with the Vienna Opera a few days before the Anschluss.

In 1935, the Canadian tenor Edward Johnson took over as the director of the Metropolitan Opera. With his Norwegian roots, he favoured Scandinavian singers like Kirsten Flagstad and Lauritz Melchior and soon also Kerstin Thorborg, who made her debut in New York in 1936. During her first season in 1936/1937, she sang five Wagner roles at 15 performances. At her 24 performances in the season of 1937/1938, both her new Richard Strauss roles, Clytemnestra in Elektra and Octavian in Der Rosenkavalier attracted general admiration but disappeared immediately out of the repertoire. The season of 1938/1939 included 52 performances and only one new role – that of Orpheus in Gluck’s opera Orpheus and Eurydice.

During her visit to Europe in 1939, she appeared in four concerts with Arturo Toscanini: in Beethoven’s Missa Solemnis on two May evenings in London and in Verdi’s Requiem with Jussi Björling at her side on two August evenings in Lucerne. Despite the war, her duty demanded that she sang Mahler’s Das Lied von der Erde with Martin Öhman on four October evenings in Holland.

In October 1939, Kerstin Thorborg and Gustaf Bergman travelled by ship from Oslo to the USA and did not return to Dalarna until the end of May 1946. In between lay 67 months in America and 254 performances with mainly Wagner on the programmes.

During the couple’s home journey after the war in 1946, Kerstin Thorborg’s fiftieth birthday was celebrated onboard in company with two other returning Swedish Metropolitan stars: the tenors Jussi Björling and Torsten Ralf with their respective wives. In October the same year, Kerstin Thorborg and her husband returned to New York. Four performances at the Opera in Chicago were her first appearances, but nothing was fixed with the Metropolitan, despite the fact that Kerstin Thorborg had for several years been accustomed to participating in more than 30 performances per year there.

When M/S Gripsholm arrived in Gothenburg early in January 1947 with the couple who were already returning home, the journalists wondered why they were back so soon. The couple blamed Kerstin Thorborg’s Dutch tour and the fact that Gustaf Bergman’s memoirs must be completed. They did not yet know that the director of the Metropolitan, Edward Johnson, had for a long time dreamt of engaging Hjördis Schymberg who was already on her way there. For the couple, 1947 was an involuntary sabbatical year. Not until January 1948 did Kerstin Thorborg sing again at the Metropolitan, but only in five Wagner roles during a period of ten weeks. The following year, her contribution was reduced to fourteen appearances in four Wagner roles but as encouragement also six Richard Strauss evenings. Edward Johnson left the Metropolitan in 1950 and Kerstin Thorborg had to be satisfied with six appearances at the beginning of that year. With four evenings singing Verdi and Saint-Saëns in Stockholm in the autumn of the same year, Kerstin Thorborg ended her career.

After her husband’s death in 1952, Kerstin Thorborg isolated herself and socialised mainly with her nine cats. In 1963, Falu-Kuriren’s music journalist Seth Karlsson was given the assignment of interviewing her, which led to an exhibition at the Dalarna Museum, that also received two of her stage costumes. Seth Karlsson was appointed as sole trustee after Kerstin Thorborg’s death in 1970, to take charge of her musical estate. In it were many private film recordings, all her scores and recordings on HMV in 1928, Odeon in 1928–1931, Columbia in 1936 and RCA Victor in 1940, as well as 25 live recordings of her performances at the Metropolitan Opera in 1937–1949. 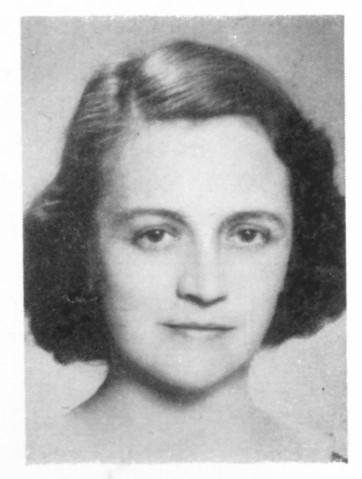