Kid Severin was the journalist who turned entertainment and celebrity reportage into a stylish art.

Kid Severin was born in 1909 in a rather bohemian home and she grew up at various addresses in Stockholm. She matriculated at the Södermalm grammar school for girls in 1929. Her mother Sophie Wichers was born in Poland and came as a twelve-year-old to relatives in Sweden, with her two sisters and their widowed mother. Her husband had been a wine merchant in Breslau. Kid Severin’s father Sam Kellin was a columnist and police reporter for one of the two main Swedish daily newspapers, Dagens Nyheter.

Kid Severin made her debut early on, as a seven-year-old, with a prophetic poem in Dagens Nyheter’s children’s section: ”The wood-louse who wanted to be famous”. She started working as a volunteer at Stockholms-Tidningen straight after her matriculation, engaged by the newspaper’s editor Oscar Hemberg. Along with her colleague and soon-to-be first husband Lars Djurberg, a reporter and film critic, Kid Severin explored Stockholm’s night life and wrote about it in Stockholms-Tidningen.

After three years, Kid Severin continued on to one of the major evening newspapers, Aftonbladet, attracted there by the legendary newspaperman P G Peterson, who at that time had just taken over the reins. He wanted her to contribute to the modernisation of the paper. It was to become an evening paper with undemanding material at a level suitable for reading on the new tram route between the Stockholm inner-city and the welfare state suburb Alvik. Kid Severin had by then already become fairly well-known for her ”witty and pertinent views”. She was now to be responsible for a new daily whole page with subjects like fashion, food and home decoration. Under the tag “Us women” (”Vi kvinnor”), it was to be addressed to a female readership: the modern, young, working woman. Kid Severin also wrote daily columns under the tag “Casual glance” (”Flyktigt sett”). She often illustrated her columns and other texts herself.

While at Aftonbladet, Kid Severin met her second husband, Gösta Bruncrona. She married him in 1935. He was in the military and after the end of the second world war, he was drafted to the Hälsinge Regiment in Gävle. Kid Severin did not see herself as having any journalistic future there, and the marriage gradually cooled down.

In 1936, just one year after her second marriage, Kid Severin had been bought by Nya Dagligt Allehanda, one of Stockholm’s oldest daily newspapers but at that time on the ropes. She received a considerable raise in salary for the purpose of attracting a younger female readership with reportage on, among other things, fashion, interior decoration, openings of exhibitions, and cookery recipes. Kid Severin’s daily column was given a tag that later came to be linked with the signature Kid as well as the growing entertainment journalism about people on the go, namely ”Mitt i strömmen” (“Midstream”).

This tag became so famous and much spoken of as time passed that it had to accompany Kid Severin when she was induced to join a completely new paper, the evening daily Expressen, when it started in 1944. There she expanded her field to include interviews with the greatest celebrities of the time: filmstars, millionaires and royalty, as well as writing jet-set reportage in both Sweden and abroad. One of the more spectacular reports was based on a journey she made as a speedily-trained air stewardess with SAS over the Atlantic to New York. Her assignment was to find out why the profession of air stewardess attracted so many young women. During the 1940s, Kid Severin also worked extra as an advisor in the weekly magazine Allers with the signature Myrna’s column, for which the theme was: ”How should we behave?”. It gave advice on social know-how and etiquette. Kid Severin also participated frequently in programmes on radio and television.

In 1954, Kid Severin was engaged by the illustrated magazine Vecko-Journalen, where she succeeded Marianne Höök as the editor of the section ”Post och Inrikes” (“Mail and Domestic”), an allusion to Sweden’s first ever newspaper with the duty to provide information on what was taking place in every corner of the kingdom.

Vecko-Journalen was closed down in 1980, but Kid Severin, now married to Gustaf Severin, a doctor, continued to write for its successor Månadsjournalen and for Expressen that she had never really left. Her last party column there was published three months before she died in 2000 at 91 years of age.

Kid Severin’s ashes now rest in the Publicist Club’s columbarium at the Northern Cemetery in Solna. 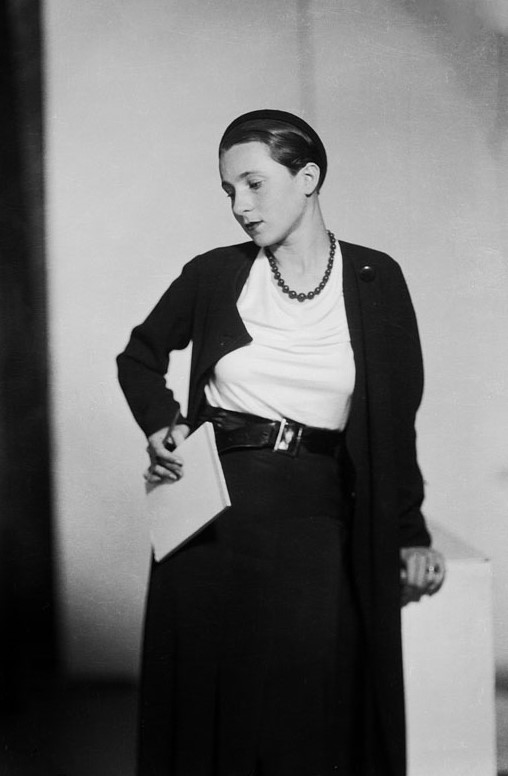