Lillemor Kim was a commissioned investigator, a researcher, and a polemist within the world of universities and colleges. She pursued university policy-related issues from various positions. During the 1989–1995 period she was one of the first women in Sweden to serve as a college principal.

Lillemor Kim was born in Mariestad in 1940. Her parents were Folke Stålfelt and Siri Stålfelt, née Thorn-Jonsson. The family, which eventually moved to Lidingö, also included Lillemor Kim’s three siblings. Lillemor Kim gained her school-leaving certificate from Lidingö högre allmänna läroverk (now Hersby high school) in 1959. She then moved to Uppsala to study statistics, sociology, pedagogy and mathematics, gaining her Bachelor’s degree in 1963. Lillemor Kim then continued her academic studies at Stockholm university, whilst also working professionally. She deepened her knowledge of sociology, political science, and business administration.

In 1962 Lillemor Kim married Cheong Han Kim with whom she had two daughters. During the 1971–1972 period Cheong Han Kim worked for OECD in Paris so the family lived in France. For that period Lillemor Kim primarily dedicated herself to caring for her children. Nevertheless, she also published a report for OECD, entitled Admission policy in Swedish postsecondary education: a report for OECD, in 1973. Her marriage to Kim ended in 1991 and from 1992 onwards Lillemor Kim lived with Lars Brandell. He was a university lecturer and academic administrator as well as, just like her, an investigator and polemist with regard to educational policy matters. The couple also co-authored several reports and polemical contributions.

During the 1962–1964 period Lillemor Kim was employed as a research assistant within Statistiska Centralbyråns investigative department and then as the administrative officer at the newly established Universitetskanslersämbetes (UKÄ, university chancellor’s office). In 1976 UKÄ was restructured, as part of national college reforms, as Universitets- och högskoleämbetet (UHÄ, Swedish Council for Higher Education). This new authority not only became responsible for Sweden’s six long-established universities, its three technical colleges, and Karolinska Institutet, but also for teacher-, social worker-, and care worker-training. As part of this Lillemor Kim became responsible for the “Tillträde till högskolan” (access to higher education) project, and the issues she tackled remained of concern to her for the rest of her working life, in particular the issues regarding admissions. She pursued the belief that excess and somewhat erroneously directed attention had been awarded to the national system allocating student admissions to various programmes, whilst the students’ own wishes and choices of training programmes had been overlooked. From an early point Lillemor Kim developed the idea that an investigation into this oversight could serve as an academic thesis and she then began to undertake research in pedagogy at Uppsala university. In 1983, however, she had to put these academic plans to the side when she was appointed head of UHÄ’s investigative office.

In 1989 Lillemor Kim was appointed principal of Eskilstuna/Västerås College, later known as Mälardalen college. Her time at the school coincided with the period when the Swedish university and college system underwent major changes. What had been a centralised planning system was replaced by increased local responsibility in which individual students’ choices were intended to play a significant role in the range of programmes offered and in terms of state funding. Lillemor Kim was in the main supportive of the principles behind the changes. Under her leadership Mälardalen college grew from barely 2,000 students to almost 6,000. She endeavoured to improve connections between the two campus areas in Eskilstuna and Västerås, to raise the profile of the college, to respect the students’ situations, and to emphasise the importance of the quality of the education offered.

Lillemor Kim’s six-year stint as principal entailed a break from her investigative activities. In turn her contributions on polemical issues increased and she gave more interviews. She often dealt with the issue of each seat of learning’s independence and its individual responsibilities: she believed that the central body often sent mixed messages to universities and colleges whilst disputed topics tended to be avoided, leading to wasted time being spent on the wrong issues. She put forth these same points in a proviso noted in the 1989 enquiry into university education (SOU 1992:1 Frihet, ansvar, kompetens: grundutbildningens villkor i högskolan, betänkande). When engaging in discussion she often returned to the importance of broadening the range of people who gained access to higher education. Following her period as principal she took on a number of roles seeking to review and evaluate the quality of university and college education available in Sweden and in the other Nordic countries.

The issues of choice and selection continued to interest Lillemor Kim. On leaving Mälardalen college she, as planned, wanted to apply her many years of investigative work in a pedagogical-theoretical manner. She returned to Uppsala university and, in November 1998, presented her doctoral thesis entitled Val och urval till högre utbildning: en studie baserad på erfarenheterna av 1977 års tillträdesreform.

Lillemor Kim and Lars Brandell co-authored a report in 2000 entitled Privilegium eller rättighet: en ESO-rapport om antagningen till högskolan: rapport till Expertgruppen för studier i offentlig ekonomi, which was based on her doctoral thesis. The couple formulated a number of theses on Swedish college policies, particularly its admissions system. Amongst other things they pointed out how inefficient the uniform nature of the system was, for applicants, for the universities/colleges involved, and for wider society. Further, they pointed out that the time, interests, and motivation of young students was not taken into account. In an earlier report, from 1999, Retorik och realiteter: om resurser och utbildningskapacitet i högskolan under nittiotalet, Lillemor Kim had called for a more differentiated university and college system, an overview of the admissions system, and increased resources to retain quality in the expanding sphere of higher education.

During 1999 Lillemor Kim worked for the Royal Swedish Academy of Science where she undertook an enquiry of which a summary was published in 2000, entitled Svensk forskarutbildning i internationell belysning. That same year the Swedish Institute for Studies in Education and Research (SISTER) was established, an independent organisation aiming to “study education, research, and the process of innovation in a comparative international perspective and to promote discussion within the area”. Lillemor Kim was employed within the institute from its inception and served as head of research for projects on higher education. She retired in 2005 but remained as an associate researcher. During her time with SISTER she published around fifteen reports, books, and chapters on subjects including admission to and a broader engagement with higher education, learning within higher education, and issues of quality within the same sphere. A number of her investigative and evaluative roles were also reported on through SISTER.

Throughout her many years of activity Lillemor Kim published a great number of works, many of which under her own name, but also many under the name of UKÄ and UHÄ. Lillemor Kim’s investigative results and her views often influenced not just public discussions on but also policies related to higher education, albeit her most radical ideas never saw fruition, at least not during her lifetime. Her final publication, Universitetskanslerna och högskolepolitiken 1964-2010 was published posthumously in 2014. It was dedicated to her mentor from the 1960s, Professor Urban Dahllöf.

Lillemor Kim had, along with her partner Lars Brandell, created a website called Lillemor Kims och Lars Brandells hemsida om högre utbildning och universitetspolitik. It hosts a large number of her reports and polemical contributions from 1998. It also hosts a very different kind of record-book, Utanför – Ett år med cancer, in which Lillemor Kim recorded her experiences, thoughts, and feelings during the year she underwent medical treatment for breast cancer. Although she was initially declared healthy the cancer later returned.

Lillemor Kim died on 25 June 2011. She is buried at Lidingö cemetery. 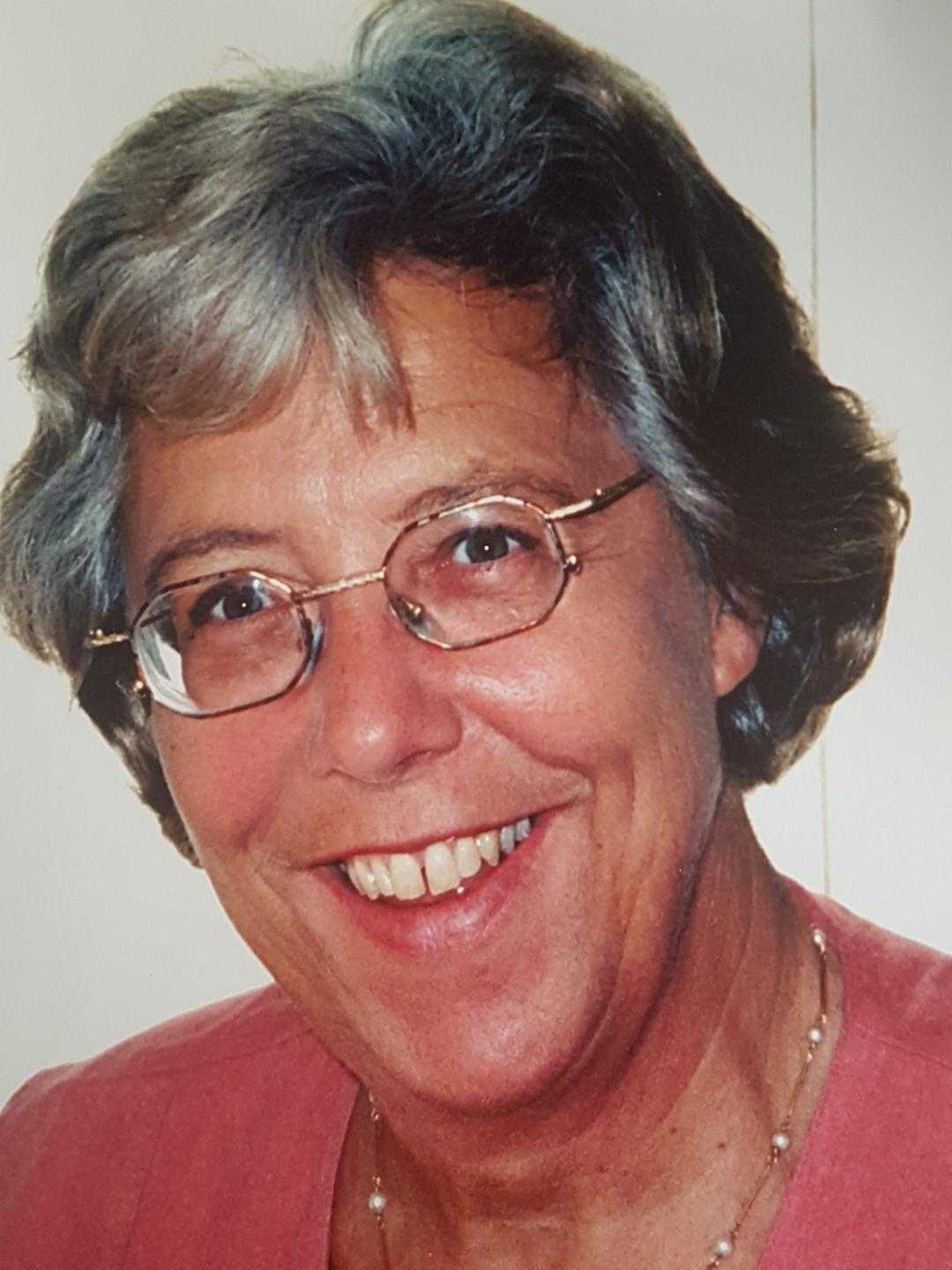