Lilly Hafgren was a soprano, one of the great opera stars of the 1910s and 1920s in Bayreuth with the Berlin Opera as her base and as a guest artiste on the most important stages in Europe.

Lilly Hafgren was born in 1884 in Stockholm, the second child of the singer Maria Malmgren and the theatre man Erik Johan Hafgren. Her father had worked in an apothecary’s and as a works manager before starting a theatre career in 1860, in permanent theatres and with various theatre companies. He also made two of three obligatory opera debuts at the Kungliga Teatern (now Kungliga Operan) but left the Opera in 1869. During the following two decades, he led his own theatre companies and ended up as theatre director at Södra teatern in Stockholm. Lilly Hafgren’s older brother, Lill Erik Gustaf, became a composer, conductor, pianist and head of studies at the music conservatory in Neustadt am Haardt in Rheinland-Pfalz. Her younger brother, Hans Georg, became an eminent violinist. Lilly Hafgren’s parents took the dramatic decision in 1892 to emigrate, to give their three children a better musical education than was available in Sweden, namely that at Hoch’s Conservatorium in Frankfurt am Main.

Lilly Hafgren started her music education at the age of eight at the conservatory in Germany, with the desire to become a pianist. Her piano teacher was Max Schwarz. In 1898, she changed to voice studies for Maximilian Fleisch at the same conservatory until 1902, after which she continued to polish her singing technique in Stuttgart and Milan.

Lilly Hafgren told the Svenska Dagbladet Berlin correspondent in 1912 that she had already given several concerts in Germany by the age of sixteen, with eminent pianists. With her first husband, Dr Hans Waag, an architect, chief director and general leader at the court theatre in Braunschweig, she had recently moved to Berlin. The couple had lived earlier in Florence and it was then she was discovered by Siegfried Wagner and invited to make her debut as an opera singer in Bayreuth. That it was as Freia in Das Rheingold in 1908 was because Siegfried Wagner took over the leadership of the Bayreuth Festival that summer, after his mother Cosima, and himself conducted many of the performances.

Lilly Hafgren’s success was so great that she was engaged in the autumn of 1908 by the court theatre in Mannheim, in the duchy of Baden-Württemberg. During this period, she was appointed chamber singer at the court. Her engagement in Mannheim allowed her so much freedom however that she was able to undertake several tours to among other countries Holland, Italy, Austria, and Hungary, during which she sang Elsa in Lohengrin and Sieglinde in Die Walküre. During the season in 1911/1912, she had held about seventy concerts and guest performances, and a contract. For Svenska Dagbladet she revealed that she was aiming to sing Octavian in Der Rosenkavalier and Eva in Die Meistersinger von Nürnberg at the festival in London in the spring of 1913 and later continue on to the festival in Paris.

In Bayreuth, her Elsa in Lohengrin was a great success in 1909. At the court opera in Berlin she sang not only Wagner but also the countess in Mozart’s Le nozze di Figaro, Leonora in Beethoven’s Fidelio, Agata in Weber’s Der Freischütz, Bizet’s Carmen, Puccini’s Tosca and the empress in Richard Strauss’ Die Frau ohne Schatten, just to name a few of her roles. According to herself, she and several colleagues were cast out from the court opera after various intrigues in 1921. After the first world war, it had been resurrected as Staatsoper Berlin. Two years earlier, in 1919, she had got divorced and then married the art dealer Georg Dinkela from Berlin.

During the 1920s, Lilly Hafgren performed in fifteen countries. In Vienna, she made regular guest appearances, among others as Kundry in Parsifal and as Chrysothemis in Elektra. She also sang in Milan at La Scala, often under Arturo Toscanini, and in Rome at the Teatro Costanzi, in Paris at the Grand Opéra and in Madrid, Bucharest, Warsaw and Prague. In Milan, she was employed for the season 1924/1925.

The Berlin correspondent for Svenska Dagbladet had asked Lilly Hafgren in 1912 when she was going to sing in Sweden and the answer was: ”…so far nothing has been decided, perhaps mainly on account of my fees.” The result was that she sadly made less of an impression in her home country than did her brother Lill Erik Hafgren who around 1920 often accompanied soloists at concerts. In the spring of 1921 he was appointed as leader of the Stora Teatern Orchestra in Gothenburg, where Lilly Hafgren sang Senta i Wagner’s Der Fliegende Holländer on 21 April under his baton, and Elisabeth in Tannhäuser in the spring of 1923. Her brother continued to make himself known with his own songs, choral works and chamber music.

In spring 1926, Lilly Hafgren was finally given the opportunity to sing at the Stockholm Opera on the invitation of the director John Forsell. He made it his business to offer Swedes and later also foreign cruise tourists at least one Das Ring des Nibelungen cycle per year. When Lilly Hafgren arrived at the Opera, the Svenska Dagbladet journalist recounted that she spoke ”… clear and pure Swedish and that is of course rather impressive, when one knows that she left Stockholm, where she was born, at the age of eight, and has since then been here very seldom.” Before her she had a two-week guest appearance in five performances of Die Walküre, Siegfried and Göttedämmerung followed by Tristan und Isolde and with Beethoven’s Fidelio as the finishing touch, all with the Wagner tenor Oscar Ralf and Armas Järnefelt conducting the orchestra.

Lilly Hafgren’s final employer was the Dresden Staatsoper in 1933–1935. Her fate after that has not been possible to follow. Lilly Haftgren’s recorded works constitute seventeen record sides recorded by Odeon in Berlin in 1911, of which twelve duets from the Mannheim Opera, two duets from Munich, and a further duet, a trio and two arias. There is also a double-sided Gramophon recording from Berlin in 1921 with an aria from a Richard Strauss opera as well as twenty-eight sides for Polydor from 1922–1924 of which nineteen are with solo arias from various operas and duets on four sides. Included are also a trio and quintets from Lohengrin and * Die Meistersinger von Nürnberg*.

Lilly Hafgren died in Berlin in 1965. 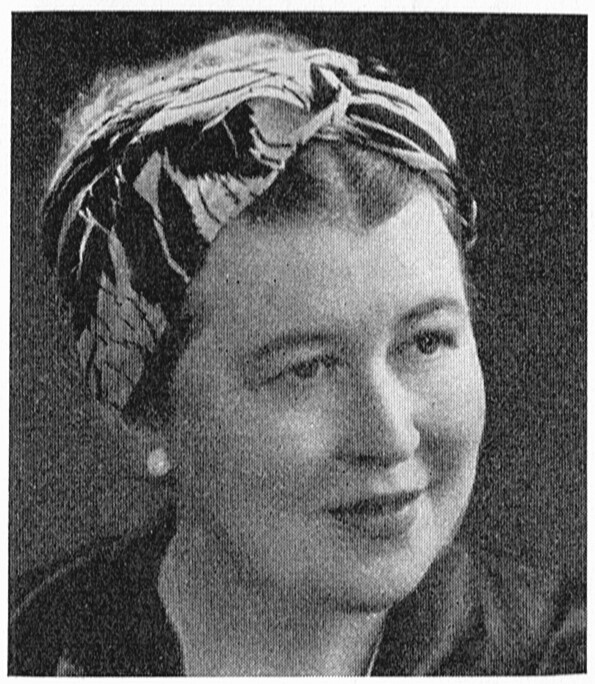