Linnéa Hillberg was a theatre and film actor who largely worked during the first half of the twentieth century.

Linnéa Hillberg was born Linnéa Paulina Nilsson in Uddevalla in 1890. Her father Anders Gustaf Nilsson, a railway clerk, and her mother, Sofia Paulina Carlsson, got married a year after she had been born.

Linnéa Hillberg was one of our most active actors and her career spanned half a century. She was also perhaps one of the most secretive actors: it is said that her face reflected a mysteriousness which could set an audience’s imagination going. She, like the majority of the actors of her generation, lacked any formal training. Her route towards an established career involved working in many of the travelling theatre companies instead, serving in some of the most well-reputed of these companies: she made her debut as a member of John Borgh’s company during the 1913—1914 season, she then served in Karin Swanström’s company from 1914—1918, and finally joined Hjalmar Selander’s company for the 1918—1920 period. After these stints in various travelling companies she then spent the 1920s working at different permanent theatres, such as that of Ernst Eklund in Stockholm, followed by a shorter period at Lorensbergsteatern in Gothenburg before she returned to Stockholm in 1934, where she mainly performed at Vasateatern.

When Norrköpings-Linköpings Stadsteater (now known as Östgötateatern) opened in 1947 Linnéa Hillberg and her husband Torsten Hillberg were part of its permanent ensemble. They became almost pillars of that theatre for many years. Linnéa Hillberg revealed in a 1956 interview published in the Teatern journal that her time in Norrköping had been fascinating given that she had been involved in helping to establish a theatre from its inception. When the theatre director Johan Falck moved to Helsingborg in 1953 she and her husband followed him. In 1964 Linnéa Hillberg began her stint at Gothenburg stadsteater. Her final theatre, where she worked from 1960 until her death, was Stockholms stadsteater. The last role she performed there was a much-lauded one in the 1976 feminist play Jösses flickor. Befrielsen är nära. Further, she often worked at Riksteatern and she is reputed to have claimed that she had worked at almost every theatre in Sweden. Linnéa Hillberg also enjoyed a career on TV as well as her theatre work. Her final TV role was in the 1974 women’s rights classic called True Women, a play written by Anne Charlotte Leffler in 1883.

Linnéa Hillberg was an extremely versatile character actor. Although all her efforts on the stage have long since vanished her film appearances remain recorded forever. She appeared in about sixty films, in many of which she played minor roles such as housekeepers and the like. When she did perform in more prominent parts these were often maternal figures, such as the mother of Marta, an agricultural labourer in Kungsgatan and Katrina’s mother in Katrina, both 1943, or the meek opposite of Sigurd Wallén’s lead as agitator in the 1938 film Med folket för fosterlandet. Another similar role was that of the mother of the spitfire Olof in the third film adaptation of The Flame of Life from 1956. A role which broke this pattern was her portrayal of the swanky countess Klingehjelm in the classic scandal film Pensionat Paradiset, from 1937, in which she acted opposite Lili Ziedner amongst others. She showed that she was capable of handling more satirical roles.

Linnéa Hillberg’s long filmography, which spans more than half a century in time, tends to reflect a certain low-key aspect which lies far from the spectacular and theatrical which often dominated in older films. This has perhaps contributed to Linnéa Hillberg being overshadowed by more colourful film stars. She was hardly over-fond of the celebrity culture as expressed in the tabloid press in any case.

Linnéa Hillberg died in Stockholm in 1977, aged 86. She is buried at Örgryte gamla kyrkogård (old cemetery). 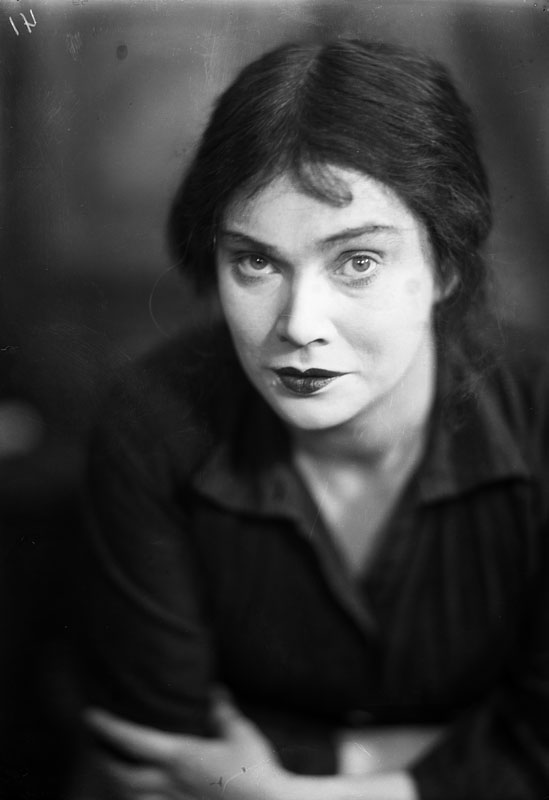