Lotten Ekman was one of the young women who sought to enter the modern profession of journalism in the late nineteenth century. Although her life ended prematurely she made a remarkable contribution as a talented reporter and writer of causerie-style articles.

Lotten Ekman was born in 1880 in Borgholm, where her father worked as a school principal. Lotten Ekman’s father died when she was seven years old and so her mother moved the family to Kalmar. Lotten Ekman had three sisters and one brother. Her youngest sister died of diphtheria and her older sisters left home shortly afterwards. Her brother, Ernst Leonard Ekman, was already working as a journalist.

Lotten Ekman and her mother then moved to Stockholm where Lotten completed her schooling by attending the Åhlin school for a few years. While she was at school Lotten Ekman had distinguished herself by working on the children’s magazine Kamraten, which was produced by Idun. After a brief stint working as a governess during the autumn of 1897 Lotten Ekman found her career path the following summer. Lotten Ekman was only 18 years old when she began to work with foreign affairs at Svenska Dagbladet, which implied that she translated texts from foreign newspapers. She started with a temporary job in the summer of 1898 but came to remain at the paper for several years. She gained her training as a journalist through the translation work and the editing it required.

By the early 1900s Lotten Ekman was working as a reporter and a writer of causerie-style articles at Svenska Dagbladet. She became well-known for her work under the pseudonym of Nitouche – although she was using around 40 various pseudonyms at the time. Lotten Ekman would write about anything that happened in Stockholm. She interviewed people, and attended various bazaars and exhibitions. She would write causerie-style articles on anything from women’s daily lives to the condition of the Christmas signs on Drottninggatan. She also wrote about social issues, went on a walk with a “slumsyster” (a female member of the Salvation Army who worked in the slum areas), and reported on local poverty, whilst also covering the many women’s suffrage meetings that were held. In 1903 she translated a novel in her spare time, like many other female journalists did. She joined Svenska Journalistföreningen in 1906. In the spring of 1907 she became engaged to Carl Anders Ehrenfried Nyman, a pharmacist in Östersund. Along with the likes of Elin Wägner, Lotten Ekman became a member of the board of the newly-established – albeit short-lived – Kvinnliga konstnärslaget (“the league of female artists”) in 1909.

When Gustaf Tengwall, the editor-in-chief of Svenska Dagbladet, left the newspaper in the autumn of 1907 in order to take up the same post at Stockholms Dagblad, Lotten Ekman followed suit shortly thereafter. In the spring of 1908 she too started to work at Stockholms Dagblad, at which point her health was already deteriorating. She was diagnosed with cancer of the leg, for which she was operated on. She died in October 1910 in the home she shared with her mother, where she also had decided to receive palliative care.

At the time of Lotten Ekman’s death in 1910 she had already spent twelve years working as a journalist in the daily press. However, readers had only known her work, appearing under various pseudonyms, for five years. From memorial tributes written by Elin Wägner in Idun, Vera von Kræmer in Vi och vårt, and C.G. Tengwall in Stockholms Dagblad, it is apparent that in her relatively brief time on earth she had made a significant impact as a journalist. 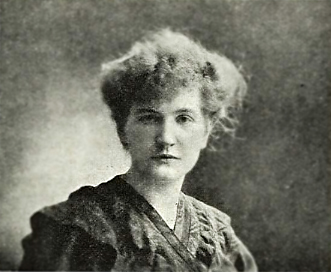