Lydia Wahlström was vice-principal at Åhlin girl’s school and a multifaceted author. She was the fourth woman in Sweden to defend a doctoral thesis and one of the most colourful figureheads of the Swedish women’s movement.

Lydia Wahlström was born in 1869. She was the fourth child of Johan Gustaf Wahlström, a pastor, and his wife Ida. She grew up in Barkarö vicarage in Västerås county. Lydia Wahlström was the lastborn in the family and there was such a significant age gap between her and her sisters that Clara, the second youngest, was eleven years her senior and served as her nanny and teacher. Lydia Wahlström’s memoir, Trotsig och försagd, 1949, reveals that she loved playing outdoors, riding and driving horses, swimming, climbing, and spending time in the garden with her father. She was not in the least interested in traditional women’s pastimes. Lydia Wahlström’s memoirs also reveal that she was raised as a boy because there were no sons in the family.

Her father hailed from farming stock in Dalarna and it was for him that Lydia Wahlström felt “both the deepest respect and the warmest love”. She wanted to become a priest like her father and she was shocked to learn that that option was not available to women. Lydia Wahlström spent all her life fighting for women’s right to join the clergy.

Her mother was better educated than her father and introduced German as the language of the home. She was lively and well-read but lacked the ability to show tenderness. She was also the disciplinarian in the family. In her memoirs Lydia Wahlström describes how her father became senile at an early age, while her mother was afflicted by a nervous disorder in 1883, aged 57, when she was only 15 years old. Her mother spent several years in Lund hospital, returned home and suffered a further decline in her health until Lydia Wahlström finally took her to a private home in the countryside, where she was cared for until her death.

Lydia Wahlström gained her school-leaving certificate at the Wallin school in Stockholm. Her favourite free-time activities included physical education, swimming, and rowing. She also loved to go on frequent and lengthy walking and bicycle tours through Sweden and other countries. She described one of these trips in På cykel från Rörås till Mattmar, 1914.

In her memoirs she recalls that she liked wearing boyish clothes on these trips and that her short hair and riding cap attracted attention. Comfortable clothes and shoes, sports, and the outdoors were an important aspect of the emancipation project for Lydia Wahlström, as for many women of the first wave of the women’s movement.

Lydia Wahlström would probably have wanted to continue working in academia if this option had not also been closed to women. Her memoirs clearly show that she nurtured the hope that the paragraph which prevented women from being considered for academic posts would be abolished, but the “behörighetslag” (act of access) was not enacted until 1 July 1925 and by then most of Lydia Wahlström’s productive years were already past. Possibly a small consolation was that she was awarded the title of professor in 1939, the year she turned 60.

As Lydia Wahlström did not have the opportunity to have an academic career she, like many other academically qualified women, opted to become a teacher. She spent the year after she had gained her doctorate in England, where she tried to run a private girls’ school with Elisabeth af Jochnick. It proved to be difficult to make ends meet, however, and after just a few years they sold the school.

Politically, Lydia Wahlström was oriented to the right, which was not always unproblematic. The right did not support women’s suffrage and the women’s movement was generally more politically aligned with the liberals and social democrats. Lydia Wahlström’s memoirs reveal that she sometimes felt like a kind of alibi, in that people sought her presence precisely because she was politically right-wing and thereby gave the women’s movement more political breadth. But Lydia Wahlström was hardly the type of person who would allow herself to be used for anything. She was fearless and feisty and fought numerous battles, both in meetings and in the newspaper columns, on issues which mattered to her.

An important source of additional income for Lydia Wahlström came from holding public lectures throughout Sweden on various subjects. As she was a member of the board of Folkbildningsförbundets föreläsningsbyrå (adult education association lecturing department) she could influence where and when she gave her lectures. She often organised it in such a way that she could speak about suffrage wherever she was. In this way she could finance part of her comprehensive work on behalf of suffrage.

In addition to this Lydia Wahlström was continually active as a writer in various genres and subjects, including history, women’s issues, and matters of faith. She wrote articles for journals and newspapers, in polemical, public education and scientific veins. Hilma Borelius, a literary historian, who was her friend and shared her outlooks, felt that Lydia Wahlström should reduce her polemical output in order to focus more on scientific work. Although Lydia Wahlström never took this advice she still succeeded in undertaking a fair amount of research. For example, in 1914 she published Gustavianska studier, followed in 1917 by Sverige och England under revolutionskrigens början. She also published several historical manuscripts. Further, she often published popular science works and wrote historical surveys, as well as books which contained prominent historical figures, such as Erik Gustaf Geijer, Birgitta Birgersdotter (Saint Birgitta), Carl von Linné, and Fredrika Bremer. In 1939 she also published a book on the major political movement that she herself had played such an important part in, namely Den svenska kvinnorörelsen : historisk översikt. For a few years she also wrote fiction. In a fairly short period of time she published three novels which were largely well-received by reviewers. These novels were Daniel Malmbrink, 1918, Sin fars dotter, 1920, and Biskopen, 1924. After writing these she returned to her polemical and popular science writing.

In Trotsig och försagd Lydia Wahlström recounts how her literary writing was autobiographical in that it formed a type of erotic confession. Through the medium of fiction she could reveal her emotional life and her many and passionate relationships with women. She naturally hid the then forbidden same-sex love by disguising it as heterosexual love in her novels. However, she also made textual insinuations that the stories could include other emotional spheres as well. Her memoir provides the key to this forbidden world. She describes how the male hero, Daniel Malmbrink, was actually a self-portrait, and she also recounts which of the women in her life had served as models for the women in the fictional hero’s life. In this way Lydia Wahlström can be seen as a pioneer of portrayals of same-sex love.

Lydia Wahlström never married and appears never to have had a romantic relationship with a man. She had several crushes and romantic relationships with women. Three of the women who were particularly important to her were the critic and expert on Bremer Klara Johanson, Anna Gustafsson, whose married name was Danell, and the theology student Anita Nathorst.

Lydia Wahlström died in Stockholm in 1954. 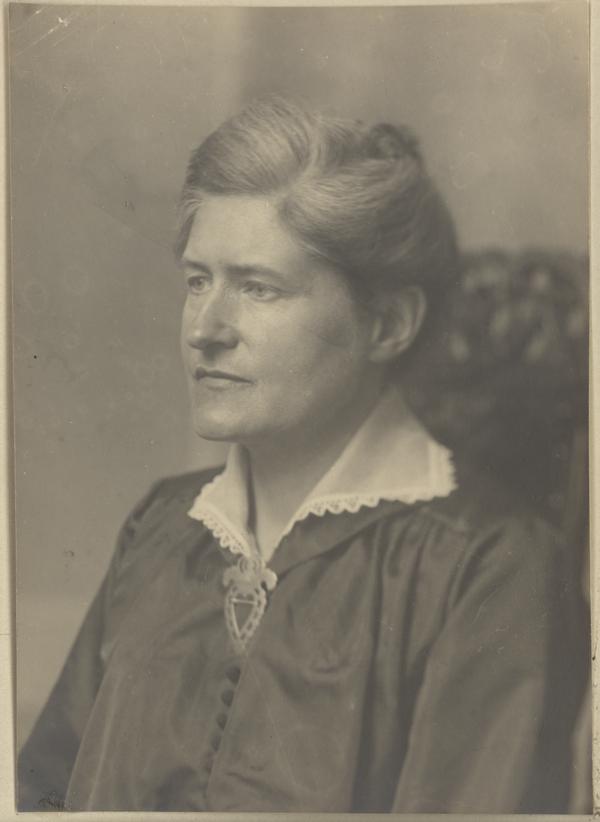