Madeleine Leijonhufvud was born in Norrköping in 1942. She was the daughter of Maj Frick, a physical education teacher and her husband Carl Axel Frick, a director. After taking her Bachelor of Law Degree at Lund University in 1964, followed by an appointment in 1964–1965 and a couple of years at the county public prosecutor’s office in Jönköping, Madeleine Leijonhufvud started her postgraduate studies in Lund. She was awarded her doctorate in 1971 with a thesis on forgery. Thereafter, Madeleine Leijonhufvud was appointed extra ordinary senior lecturer at the universities of both Lund and Stockholm. During the period 1979–1984, she held a research post at the Swedish Research Council for the Arts and Social Sciences (Humanistisk-samhällsvetenskapliga forskningsrådet, HSFR). In 1984, she was made a professor of criminal law at the University of Stockholm.

Madeleine Leijonhufvud’s research and legal sciences writings dealt mostly with economic criminality like crimes of credit, forgery, insider activities and corruption, but also sexual crimes and crimes of violence. She wrote a large number of books during her professional life. Her authorship also dealt with ethical matters within the legal system. Apart from all that, she also wrote textbooks, participated in the work of legislation and was an energetic debater on issues of criminal politics. Madeleine Leijonhufvud was the vice chancellor of the University of Stockholm in 1988–1995 and she also held several other posts outside the academic world. She herself believed in exchanging offices. Among other posts, she was the assistant director general of the Swedish Research Council for some years at the beginning of the 2000s, and also for a period the chairperson of the legal union Jusek.

During the latter part of her professional life and after her retirement, Madeleine Leijonhufvud spent most of her time focusing on sexual crimes and mostly on the issue of the legislation on consent; that lack of consent should be the criterion that defined rape as a criminal act. She wrote two books on the subject: Samtyckesutredningen. Lagskydd för den sexuella integriteten in 2008, and Svensk sexualbrottslag. En framåtsyftande tillbakablick in 2015. She also wrote many articles and participated in many debates. She was also engaged in the association Fatta, founded in 2013, that worked to stop sexual violence. This association and Madeleine Leijonhufvud instituted a prize in 2016 in her name. The prize is intended to be awarded to a person who has made important contributions towards getting politicians, the legal system and others to realise what sexual violence means to those exposed to it. In 2014, she was voted the lawyer of the year and in 2000 she was awarded a royal medal: H M Konungens medalj i 8:e storleken, Serafimerordens band.

Madeleine Leijonhufvud spent most of her life resident in Stockholm. With her first husband, the lawyer Peter Löfmarck, she had three children. She was married to the journalist and author Sigfrid Leijonhufvud from 1992 until her death.

Madeleine Leijonhufvud died on 3 June 2018. She is buried in Solna Cemetery. 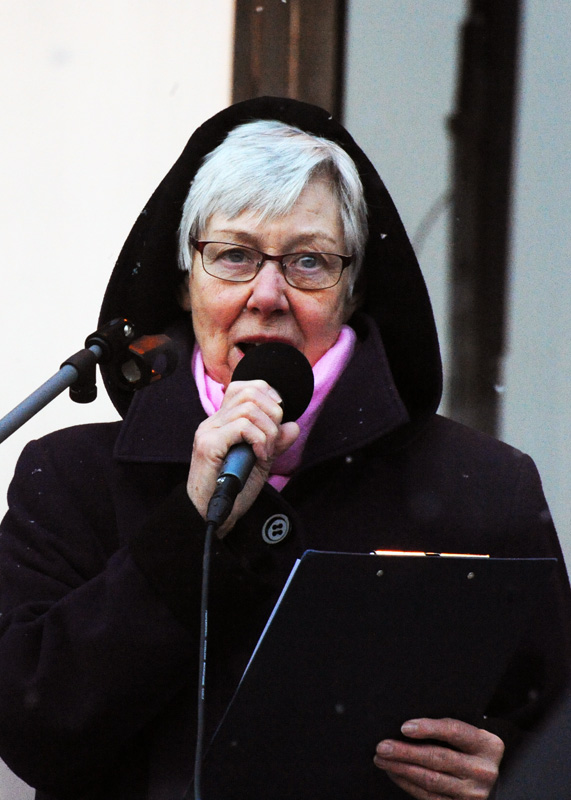