Pia Hård af Segerstad was a journalist and designer, active during the 1900s.

Pia Hård af Segerstad was born in Stockholm in 1909, in an intellectual, artistic and liberal environment. Her mother, Karin Fjällbäck-Holmgren, was a well-known liberal politician and active in among other things the women’s suffrage organisations Landsföreningen för kvinnans politiska rösträtt (LKPR), Frisinnade kvinnors förening and Fredrika-Bremer-Förbundet. Her father, Nils Holmgren, was a professor of zoology at Stockholm college. An engagement for women’s rights existed in different parts of the family. Her father’s cousin Ann Margret Holmgren was the first chairperson in the Föreningen för kvinnans politiska rösträtt, (FKPR, a local section of the LKPR) and an enthusiastic women’s suffrage activist who undertook recruitment trips all over the country. Pia Hård af Segerstad was to carry her engagement even further in her profession as a journalist.

Pia Hård af Segerstad attended the modern Whitlockska coeducational school, where she was a school friend of among others Barbro Alving. In 1928, she matriculated and continued on in the autumn to study painting at Otte Sköld’s school of art (nowadays Pernbys målarskola).

Pia Hård af Segerstad wanted however to be not an artist but a fashion designer, and the year after she gained a position at the fashion department store Meeths’ advertising atelier, where her field of work rapidly expanded to taking care of Meeths’ personnel magazine. Personnel magazines were then and until well into the 1960s a springboard to working as a journalist, and Pia Hård af Segerstad enjoyed writing. In 1931, she continued on to the weekly magazine Våra Nöjen that had been started in 1925 for the young, modern person’s need for light entertainment, with news about the entertainments of the day and new media forms like films and radio, but also theatre, sport, music, dance, literature, art and fashion. Pia Hård af Segerstad mostly wrote on fashion both in Våra Nöjen and in Charme to which she continued in 1932.

In 1934, Pia Hård af Segerstad started work at the major Swedish daily newspaper Dagens Nyheter, first with the so-called B-edition that was transported out to the rest of the country the evening before, while the A-edition with the latest news for the readers in the capital was still on the printing presses. The B-edition’s editor had created a daily whole page for and about women, in contrast to the A-edition’s single women’s column. Women readers were still an undiscovered target group but when it turned out that the B-edition’s whole page was the most read in the newspaper, it was allowed to wander into the A-edition some years later.

Unlike Barbro Alving, who started at Dagens Nyheter as a stand-in for the editor of the women’s column Elin Brandell the same year, and who soon asked to be moved to general reportage, Pia Hård af Segerstad remained loyal to the women’s page all the time she was at the newspaper, until 1948. She did not only write about fashion and household issues, but “followed her own ideas, often out in the country” as she herself described it in a series of unpublished journalist reminiscences. Her ideas led to articles about for example the recently constituted childcare committees and the work of domestic science advisors, and a whole series, “Mother, child and industry” in 1945—1946, about women’s conflict between home and work.

Pia Hård af Segerstad married Bertil Hård af Segerstad, a dentist, in 1939 and they had two children during the war years. Strong women existed also in her husband’s family, such as his mother Anna Hård af Segerstad who was one of the first women dentists in Sweden, and one of those who along with among others Ann Margret Holmgren, Selma Lagerlöf, and about one hundred other women wrote to the King in 1905 to demand women’s political right to vote.

Pia Hård af Segerstad was witty and rational, with great integrity, and she was not afraid to fight for her material. When Dagens Nyheter’s editorial director considered that her article on the new electric Singer sewing machine was actually advertising, she argued against him by asking what the pages with car and motor journalism should be called in that case? Her text on the sewing machine was published. In the field of textiles, with fashion and clothes, she was an expert and often cooperated with Göta Trägårdh, a textile artist.

After a number of years freelancing on the weekly magazines Idun and ICA-kuriren, to be able to handle long working days and small children at home better, Pia Hård af Segerstad was attracted back to the daily press and started at the other major Swedish daily newspaper Svenska Dagbladet in 1950, on its equivalent of the House and Home page that had developed into the respected Today (Idag) page. Here she wrote many sharp columns on the conflict between professional life and domestic life, and reportage on women’s entry into professional fields that were new for them. During the 1960s, she was the head of the Idag page, and thereafter responsible for the newly created section Name today, until she officially retired in 1971.

Pia Hård av Segerstad continued to write however, firstly in the Stockholm pensioners’ magazine Välkommen, and later, after her husband’s death and when she had moved to a block of service flats on Kungsholmen in Stockholm, as the editor of the block’s own publication, Trossens månadsblad. Her comprehensive archive of cuttings was handed over to the Pressarkivet/Riksarkivet shortly before her death in 2001. 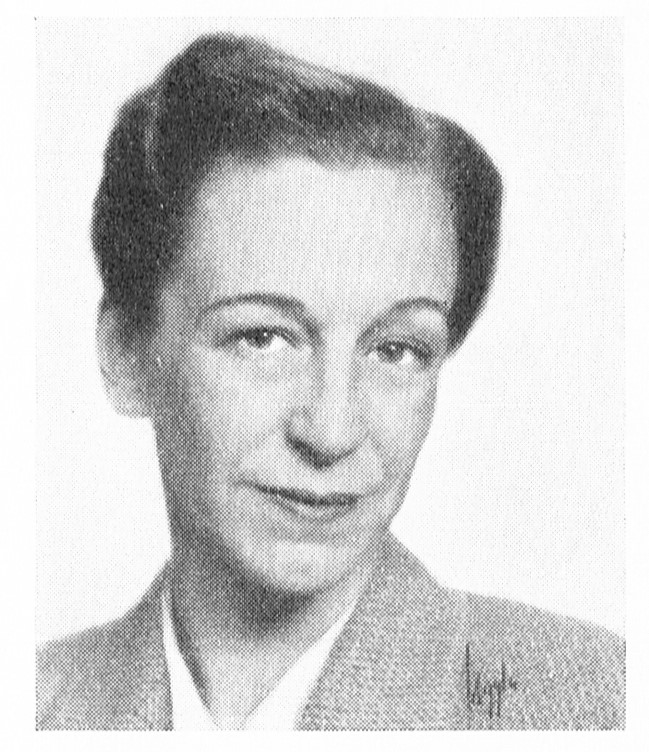