Maj Hirdman was a working-class author.

Maj Hirdman was born in Söderbärke, Dalarna in 1888. Both of her parents came from Värmland. Her father, Lars Magnus Eriksson, came from a wealthy family which had gone bankrupt in the 1870s and become destitute. Maj Hirdman’s father was then sent to learn woodworking skills. Once he became a carpenter and carver he and his young wife Mathilda, and their expanding troop of children, moved to Norberg. This coincided with the period when unrest was brewing in Norberg – the miners were dissatisfied with their pay and working conditions – and in 1891 the Norberg strike started. At that point Maj Hirdman was three years old. Her father died a couple of years after the strike, aged only 37. Despite the terrible situation they were in he had tried to do everything he could to provide for his family and his death was a disaster for the family. His widow Mathilda was left alone and unable to provide for her four children. Maj Hirdman was put into foster care in Stockholm, but she was not happy there and so she stole money for a train ticket and used it to return to her home in Norberg.

Maj Hirdman’s artistic talent became apparent when she was very young. She was able to read long before she started school. As Maj Hirdman herself wrote in the 1932 anthology Ansikten, “There was no question of studying. If a poor girl had an exceptional voice then perhaps a lady of the manor would deign to discover her and make the girl and herself famous at the same time. But how can a remarkable ability for studying be discovered? Perhaps at a school of some kind, but if the talent was not apparent in marks obtained – as is often the case – then little Anna could harbour no such hope. There was no-one on earth who knew of her abilities”. Maj Hirdman was the sole female contributor to the volume, which contained entries by 17 male working-class writers.

Maj Hirdman joined the youth club in Högfors while she was living in Norberg. This was a radical club focused on culture and politics. There she met Hinke Bergegren, an agitator and socialist, who became a very encouraging friend to her. She campaigned and actively promoted solidarity and sold the magazine Brand. She became known as ‘Red Maja’ in Norberg.

When she was 13 years old she got her first job as a maid in Hedemora. She worked there for a few years but then moved to Avesta where she became the house-keeper for the postmaster. Followers of ‘red’ socialist concepts could also be found in Avesta. Maj Hirdman met Ragnar Casparsson, one of the main figures of the workers’ movement, who later became governor of Västmanland. He worked at Avesta Järnverk and used to refer to Maj Hirdman as “the postmaster’s beautiful maid”. She also met Gunnar Gustavsson, another young radical man who was a visionary when it came to the working classes, who wrote for Brand. Hinke Bergegren took him under his wings. Gunnar Gustavsson later adopte Hirdman’s surname and went on to become director of studies for and a prominent figure in the Arbetarnas bildningsförbund (AB) (workers’ educational association), which was established in 1912.

Maj Hirdman and Gunnar got married and moved in together. Their first shared home was in Norberg. They had three children together and Maj Hirdman became responsible for the home, household and children. Their union was not a happy one and Maj Hirdman’s nerves suffered from the pressures of carrying all the responsibility. It was difficult to successfully pull of being both a wife and a mother and also finding the time to write. Maj Hirdman struggled to find her own space. One of her short stories is called ‘Barnamörderskan’ (the female child-killer), which tells the story of a mother who kills her child. This story generated serious discussion and Maj Hirdman was harshly judged by her social circle. She writhed and struggled against her constraints but could not break free. As the wife of the talented and hard-working Gunnar Hirdman she ended up living in his shadow.

Maj Hirdman published 17 books but never really had the success of a public breakthrough. However, in 1945 she was awarded the Vi magazine literary prize for her novel Uppror i Järnbärarland, an account of the Norberg strike.

Maj Hirdman died in 1970. She is buried at Bromma cemetery in Stockholm. 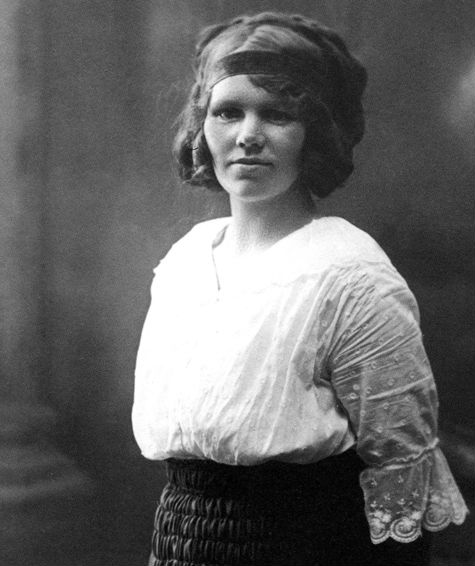