Maja Fjӕstad was one of the people around 1900 who crossed art and handicrafts with each other. She contributed to renewing the Swedish woodcut during the 1900s.

Maja Fjӕstad was born in 1873 in Hörby in the southern Swedish province of Skåne (Scania). Her father was a clergyman, Lars Hallén, who saw to it that his daughter received tuition in art during her school years in Landskrona. She continued to study at Tekniska Elementarskolan (now Pauliskolan) in Malmö and painted privately for various artists. Maja Fjӕstad focused on textile art and pattern-drawing early on and via assignments from the Kulturhistoriska Museum in Lund (now Kulturen) she learned the local Scanian handicrafts tradition.

At the beginning of the 1890s, Maja Fjæstad applied to the Royal Swedish Academy of Fine Arts in Stockholm, but was refused and took lessons instead for the artist Kerstin Cardon who led her own school of painting in Stockholm. After a couple of refusals of her applications she chose instead to attend the Konstnärsförbundet school in 1893–1895, with teachers like Richard Bergh, Carl Larsson and Anders Zorn. She became a member of the Konstnärsförbundet in 1895. A few early assignments were a cushion for the mining entrepreneur Hjalmar Lundbohm’s home in Kiruna, a table runner for the exhibition in Chicago in 1893 and a furniture group at the Stockholm Exhibition in 1897.

In Konstnärsförbundet circles she met the artist Gustaf Fjӕstad. They both wanted to introduce artistic principles into the design of handicrafts. They were married in 1898 and the same year were able to borrow studio lodgings outside Arvika. That was the beginning of the artists’ colony round Lake Racken in the province of Värmland. The Fjӕstads bought a plot of their own beside Lake Racken called Kampudden. A spacious house with two studios was built according to Gustaf Fjӕstad’s design. They encouraged artist friends from Stockholm to join them. Several other artists and craftspeople found their way there complemented by local artists. Their activities were most intense up until 1920 and their fellowship was filled with music, theatre and an intensive social life, with cultural personalities as regular visitors.

The artists and craftspeople in Rackstad never expressed any communal artistic aim, but they worked side by side, sometimes together, and they held exhibitions together on a couple of occasions. Uniting art and crafts was characteristic for Rackstad artists’ work – even everyday objects were to have an artistic form. Their decorations were often inspired by local vegetation in a stylised manner. Their ideas had their basis in their social thinking about creating a more beautiful daily life for everybody. Their forerunners were the Arts & Crafts movement in England, and also Ellen Key’s texts.

Maja Fjæstad herself used textiles, but she also designed inlay work in wooden objects, made tapestries with motifs from older adages and continued to receive orders for patterns from the Kulturhistoriska Museum in Lund. Her own patterns for cushions and tapestries often featured geometrical vegetation and scenes with figures in silhouette form, some using a special old weaving technique called “upphämta”. A few of her tapestries were exhibited in Stockholm at the Konstnärsförbundet exhibitions. To start with, local skilled women were employed to weave the tapestries, but in 1901, the Fjӕstad weaving mill was founded.

Apart from her responsibility for household, children and running the weaving mill, Maja Fjӕstad continued to develop her own textile art, though to a lesser extent. The pilot study for her tapestry Vårbacke in 1914 is a close-up of how the changing of the seasons affects nature. Her carpet En träda in 1920 resembles a ploughed field lying fallow with symmetrical tracks in the earth, with clay, stones, ditch water and grassy tussocks around it. This work was commissioned by Elisabeth Tamm for her women’s college Kvinnliga Medborgarskolan at Fogelstad, where it lay in the library. Maja Fjӕstad’s patterns became more and more abstract with time, and in the tapestry Vatten och fisk in 1931, a playful shoal of fish have become an entire geometrical pattern. Nature was still the main source of inspiration for Maja Fjӕstad during the 1930s, but form and colour were simplified and refined.

After a visit from the politician Karin Fjällbäck-Holmgren in 1905, Maja Fjӕstad helped to found an association in Arvika for women’s suffrage. The couple’s correspondence shows that Maja Fjӕstad wanted more time for her artistic work and not to have to spend so much time on housework. The marriage is described as being full of crises and clashes concerning household chores. The couple seem on the other hand to have supported each other when it came to the artistic aspect.

Apart from her work with textile art, Maja Fjӕstad continued to paint landscapes and portraits. The models were mainly taken from the closest family and social circles in Arvika. The painting Lekstugan from 1908 shows the three oldest children absorbed by their own play in natural surroundings, near a lake. Her paintings are often done in such a way as to resemble textiles or prints, but the motifs differ from her other work with textiles and woodcuts which are exclusively taken from nature.

Maja Fjӕstad sometimes had to abstain from her work, but was always artistically active in one way or another. She scraped together funds to buy her own plot of ground in 1913, called Rösheim. There she had a smaller house of her own built with a spacious atelier. It was not finished until the 1920s, and it served in the future also as a summer cottage for the family. Her husband eventually had his own atelier in the grounds. A theosophical society was founded in Arvika in 1911, and Gustaf and Maja Fjӕstad both became members as did a number of others. Their meetings were called spiritual exercises and in connection with this they both became vegetarians for a few years.

Maja Fjӕstad was very interested in domestic industry and handicrafts in Värmland. Along with the principal of the folk high school, Valdemar Dahlgren, she travelled around and made an inventory of what there was locally, and at a handicrafts and domestic industry exhibition in Arvika in 1911 she organised a section for artistic handicrafts. She also participated in the organisation of the Värmlands Hemslöjd’s showcase at the Baltic Exhibition in Malmö in 1914. Maja Fjӕstad was one of twelve local artistic crafters who founded Arvika Konsthantverk in 1922. She was the association’s chairperson until 1948. The association ran a premises, active even today, in which local crafters could exhibit and sell their works.

After an economic crisis in connection with the first world war, their home at Kampudden was sold and the Fjӕstads moved in 1917 to Lidingö in Stockholm. The children settled happily in the capital but their parents returned to Arvika in 1920.

Maja Fjæstad started using woodcut techniques in 1910 –1920. Her works from that period belong to those most acclaimed, like Palmer och orkidéer in 1915, and Kaprifolium and Liljor in 1917. The series were printed in limited editions and are usually numbered. She often printed the motifs herself and signed them. Her woodcuts were preferably printed on “Japan paper”: washi, a thin but strong paper handmade in Japan. The renewal of the European woodcut around 1900 came from Japanese colour woodcuts to a great extent. Maja Fjӕstad’s woodcuts with flowering cherry tree branches, a snow-covered ditch or a bouquet with spring flowers combines the Nordic and the Asian in a completely original way.

With her woodcuts, Maja Fjӕstad wanted to create a priceworthy quality art that many could afford to buy and her production was a source of income for the family. During the 1920s and 1930s, she exhibited her works at exhibitions all over the country and even in England and the USA. The British Museum and Victoria & Albert Museum in London have a number of woodcuts by Maja Fjӕstad in their collections. She continued working with woodcuts on into the 1950s. Altogether, there are over 170 motifs by her, from the 1920s and 1930s, for example Anemoner, Snödroppar, Kejsarkronor, Chrysantemum, Prästgården i Väsby, Vårlandskap, Gamla kastanjer – Krapperup, Blåsippor och vitsippor and Lada i sol. Maja Fjӕstad’s motifs made Swedish homes bloom during the interwar years and took in the harsh nature of winter turning into spring as well as sunlit landscapes with luxuriant greenery.

Maja Fjӕstad died in 1961. She is buried in Arvika Cemetery. 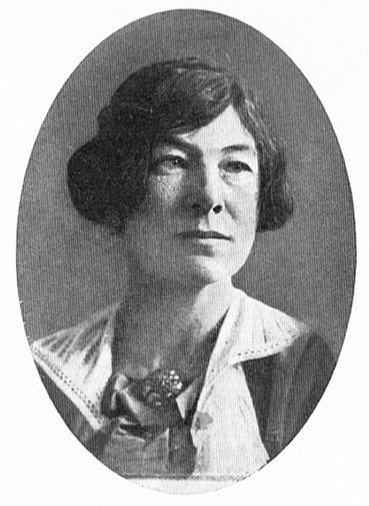