Malvina Bråkenhielm wrote a great number of literary works as well as hundreds of short stories for newspapers and journals, in the period from the 1880s to the 1920s.

Malvina Bråkenhielm was born in 1853. She grew up in a musical clerical family with philanthropic interests in Sollefteå. One of her sisters was the author Laura Fitinghoff. Her father, Bernhard Runsten, who had a doctorate in theology, served as the rural dean of Sollefteå from 1841 until his death in 1871. Her mother, Ottilia Löfvander, had been a friend and a singing student of Jenny Lind. The clerical home was marked by intense musicality in which eight different instruments were played, including the harp, the glass harmonica, and the cello. The five sisters all inherited their mother’s fine singing voice and they attended the solo class at the Academy of Music. The girls learned the three major languages of culture, in particular Latin, which their father believed was the backbone of all languages. French was spoken in the home. During the crisis years of the 1860s the family actively helped those in need.

Malvina Bråkenhielm was known as “Vina” by her family. She and her sisters gained a thorough domestic education. Malvina Bråkenhielm was beautiful, coquettish, and appealing. As she lost both of her husbands when she was still quite young she was forced to struggle for her income. She applied for positions, taught music, and gave concerts, and also took in lodgers. Her life consisted of constant financial worries alternating with passionate love affairs, which often ended acrimoniously and in great disappointment.

In 1879, when she was just 26 years old, and the mother of two daughters, she was left a widow after three years of marriage to the civil engineer Johan Nikolaus Reenstierna. Malvina Bråkenhielm then began to give concerts in rural Sweden. She also wrote popular articles and short stories for newspapers and journals. In 1884 she released her first publication entitled Skisser och berättelser, under the pseudonym of Rachel. Her older sister Laura Fitinghoff had her first publication released the following year, which was a children’s book called En liten verld bland fjällen.

Malvina Bråkenhielm felt a new hope bloom when she met the engineer Carl Bråkenhielm and became engaged to him in May 1889. They exchanged rings in separate places as her husband-to-be had already travelled to the USA for work, albeit not as an engineer but rather as a “simple worker”, according to Malvina Bråkenhielm. The two married in the summer of 1889 in New York. However, her husband suffered from heart problems and became impoverished. He then became an alcoholic and betrayed her, which she mentioned in her letters but did not want her sisters at home in Sweden to know about. Following six months of a stormy and destructive marriage Carl Bråkenhielm died in December 1889. Malvina Bråkenhielm returned to Sweden and in the spring of 1890 her son Carl Bernhard was born.

Upon her return to Sweden Malvina Bråkenhielm struggled to provide for herself. One of her jobs was working as a singing instructor in Uppsala and Karlskrona. She lived in Uppsala in 1895, where she offered singing lessons at Kungsgatan 32. A few years later, in 1897, she once again left Sweden for America in search of a livelihood. This journey also ended in failure and she was weighted down by poverty, unemployment and illness.

After less than a year in the USA Malvina Bråkenhielm returned to Sweden yet again and was forced to move in with her sister Laura. Tensions between the two siblings mounted. Malvina Bråkenhielm felt that she was socially stigmatised. The glowing childhood of her past had been transformed into a terrible adulthood. She increasingly fell out with her sisters. Laura Fitinghoff’s beautiful daughter Rosa proved to be a frustrating reminder of Malvina’s former days as the centre of attention in her youth. In addition, her sister Laura also gained greater official success after publishing Barnen från Frostmofjället in 1907.

Between the years of 1884 to 1920 Malvina Bråkenhielm wrote a number of novels and short story collections. These works were rarely reviewed as they tended to be considered cheap literature. She herself is supposed to have said that she could not afford to be a literary person. She appears to have written almost fifty books, but this number included multiple editions. Most of her work was published by the Nordiska and Åhlen & Åkerlund publishing houses as 25 öre books, 1 kroner books, and the like. She also frequently wrote for various magazines, for which she supplied about 250 “stories” in short story format.

Malvina Bråkenhielm was one of the founders of the Genom Eget Arbete (“through your own work”) association in 1905. She also contributed to the growth of De gamlas dag (“the day of the elderly”). In 1912 she published a short pamphlet entitled Tioöresföreningen för “Själfhjälp”, in which she described the practical reasons behind her engagement in philanthropic efforts. She had inherited this proclivity from her generous clerical childhood home and from her mother in particular, whom she saw as a role model.

Malvina Bråkenhielm seemed to flutter around the world like a foreign bird. Despite her itinerant life she was able to maintain her own and her relatives’ written relics. The manuscripts are now stored at Kungliga biblioteket (the National Library of Sweden).

Malvina Bråkenhielm outlived all of her sisters. She died in Lund in 1928 and is buried in Blacksta parish, in Södertälje. 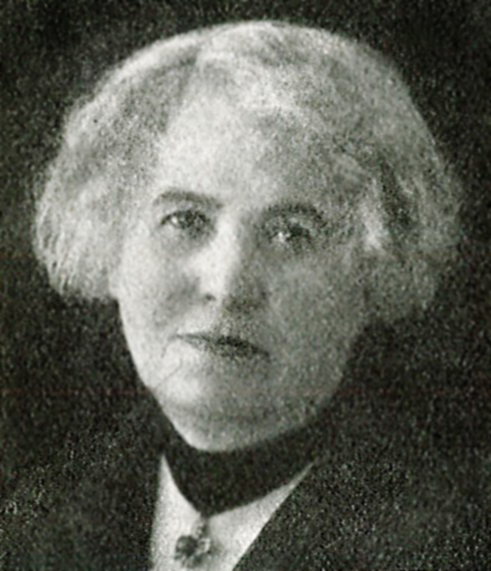