Margaretha von Schwerin is famous for setting up Skarhults hushållsskola (school of domestic sciences) at Skarhult castle in 1944. She ran the school from 1944–1954.

Margaretha von Schwerin was born Margaretha Uddenberg in Luleå in 1908. She was the second child in a family of four children. Her older brother, Carl Gustaf, died in 1947 at the age of 41, three weeks before the death of their mother Hulda Uddenberg. The youngest child in the family, Ann-Marie Uddenberg who was known as “Pullan”, became well-known: she trained at Dramaten school of acting and worked for Europafilm.

When Margaretha von Schwerin’s father, Carl-Eduard Uddenberg, got a job with Statens Järnvägar (Swedish state railways) the family moved to Kiruna in 1910. There Margaretha von Schwerin learned to read at a school set up at the locomotive engine depot. In 1913 the family moved again, this time to Helsingborg. Four years later another move took the family to Stockholm, where Margaretha von Schwerin attended Kungsholmens elementarskola. Four years after that she transferred to Åhlinska skolan. She fell ill the following year. It was then decided that it would be better for her to finish her education at a girls’ school. Her confirmation was a private ceremony within the St Anna congregation near Söderköping, where she met the man she later married. His name was Hans von Schwerin and he proposed to her in 1925. They were secretly engaged to each other for five years and finally married at Tyska kyrkan (German church) in Stockholm in 1931. The newlyweds settled in Lund and their daughter Louise was born there in 1932, followed by their son Werner in 1934. Margaretha von Schwerin was a housewife until 1940, at which point her husband Hans inherited Skarhult castle on the death of his unmarried paternal uncle. Margaretha von Schwerin became lady of Skarhult castle, her new home, and took on all the relevant duties.

In the summer of 1940 Hans von Schwerin was appointed military attaché to the Swedish mission in Berlin, taking up his post in the autumn. The couple’s third child, Otto, was born in July 1940 and thus Margaretha von Schwerin was not able to accompany her husband to Germany. She remained at Skarhult and her two older children began to attend the local school. Hans, however, wanted his wife to join him in Berlin to help with formal representative duties. In the following spring the two older children were sent to boarding school whilst Otto, accompanied by a nanny, went to live with his maternal grandparents, Hulda and Carl-Eduard Uddenberg in Bjärred.

Hans von Schwerin’s post as military attaché was extended from the initial eight-month to a three-year period. Upon her return to Skarhult Margaretha von Schwerin immediately knew what she wanted to focus on. The idea had come from a relative in Stockholm, Countess Marg von Schwerin, who was one of the driving forces behind Märthaskolan at which young girls were taught to sew and produce good-quality clothes. Marg von Schwerin also ran a domestic sciences school for a few girls in her summer-house of Granbytorp, near Sigtuna. This school was run by her eldest daughter Ebba von Eckermann, who was keen to be released from this task. Marg von Schwerin, who knew Skarhult well, suggested that Margaretha von Schwerin should take over the running of the school. The castle would easily house around 20 students.

The ground floor of the east wing of the castle was furnished with bunkbeds, while the tower room was furnished as a comfortable lounge. Four girls were housed on the third floor of the west wing in an area called “Papegojan”, named after a mirror cabinet which had a parrot painted on it, whilst another three girls were accommodated in a space called “Medeltiden” as one of the walls in the room formed part of what had been the medieval outer wall. Two rooms, intended for future teachers, were set up within the hallway which led out to what became the weaving room. A school cookery teacher and a weaving teacher were hired. Märthaskolan later sent a sewing teacher when the need arose during the school term. The weaving room was sizable and held ten looms.

They syllabus was set up following advice and recommendations from Kungliga överstyrelsen för yrkesutbildning (royal board for professional training) and Fackskolan för huslig ekonomi (trade school for domestic sciences) in Uppsala. Margaretha von Schwerin emphasised, in a subsequently disseminated brochure, the increasing number of women working outside the home and how important it was that they be trained, whilst also reiterating the need for domestic skills: “We all want our young daughters to have a profession before they become wives and mothers, but we also want them to know how to run and care for a household. Every type of woman needs to learn domestic sciences and housekeeping – for their own sakes as well as that of their families and of society. Hushållsskolan at Skarshult offers the opportunity for this learning”.

Those who applied could choose between taking a housewives’ course divided between an autumn and a spring term or a summer-course which ran for six weeks. The long course included housekeeping, weaving, handicrafts, fabric printing, clothes-making, theoretical childcare, home health care, laundry, socialising opportunities and excursions as well as lectures on literature, art, music and other current topics. An option for a special course on laundry was also available as Margaretha von Schwerin had already set up Brååns andelstvättinrättning in 1940 for the local area, where students could properly learn about laundry and both warm- and cold-mangling.

The students were divided into two groups, one of which worked in the kitchen whilst the other worked on the looms. Every fortnight the groups would swap workstations. They met daily for theoretical instruction in the various subjects. Each spring ended with a Spring Supper followed by dances to which fiancés were invited as well as young men from nearby schools.

Margaretha von Schwerin’s Hushållsskola opened in the autumn of 1944 and rapidly became a popular institution, particularly thanks to the healthy press coverage in both the daily and weekly press. One of these articles recounted how “the girls all intend to depart from the school at the castle as marriageable and sun-tanned beauties”. Margaretha von Schwerin’s sure sense of style, beauty and tradition meant that she ran the school with a firm and talented hand.

Margaretha von Schwerin had already formed her own small private school before setting up Skarhults hushållsskola. She wanted her daughter, Louise, to enjoy time at home after having endured constant school moves. Margaretha von Schwerin placed an ad for a governess to which responses rapidly came in. The home instruction was to follow the curriculum of Lund municipality’s girls’ school. Three similarly-aged girls were invited to attend this private school which began in September 1943 and ran for two school years from 1943–1945. Regular lessons were held in a specially set up school-room supplied with school-desks and a large blackboard.

In 1948 Margaretha von Schwerin set up a Zonta association in Malmö. Zonta International remains an active, global women’s organisation today which mirrors the male Rotary organisation with a membership stemming from various professions. Margaretha von Schwerin became the first president of the Malmö club, serving from 1948–1951, and is listed in the membership files as “föreståndare för hushållsskolan på Skarhult, Friherrina” (director of Skarhult Hushållsskola, Baroness). Margaretha von Schwerin was heavily involved in the association’s activities even after leaving Skarhult and Scania and moving to Stockholm. In 1954 she remarried, to Hjalmar Carborn, the managing director of AB Saltsjöqvarn. They lived in the quarters that were provided for the position. She transferred her membership from the Malmö club to the Zonta club in Stockholm.

When the Malmö Zonta club 1 celebrated its 50th anniversary in May 1998 Margareta von Schwerin was invited to attend. She was 90 years old at the time and held a memorable speech without using any prompts.

Margaretha von Schwerin was heavily engaged in social matters and enjoyed a large social circle in both Sweden and Switzerland where, after becoming widowed in the early 1970s, she lived for nearly twenty years.

Margaretha von Schwerin died in 1998. She is buried at Skarhult cemetery. 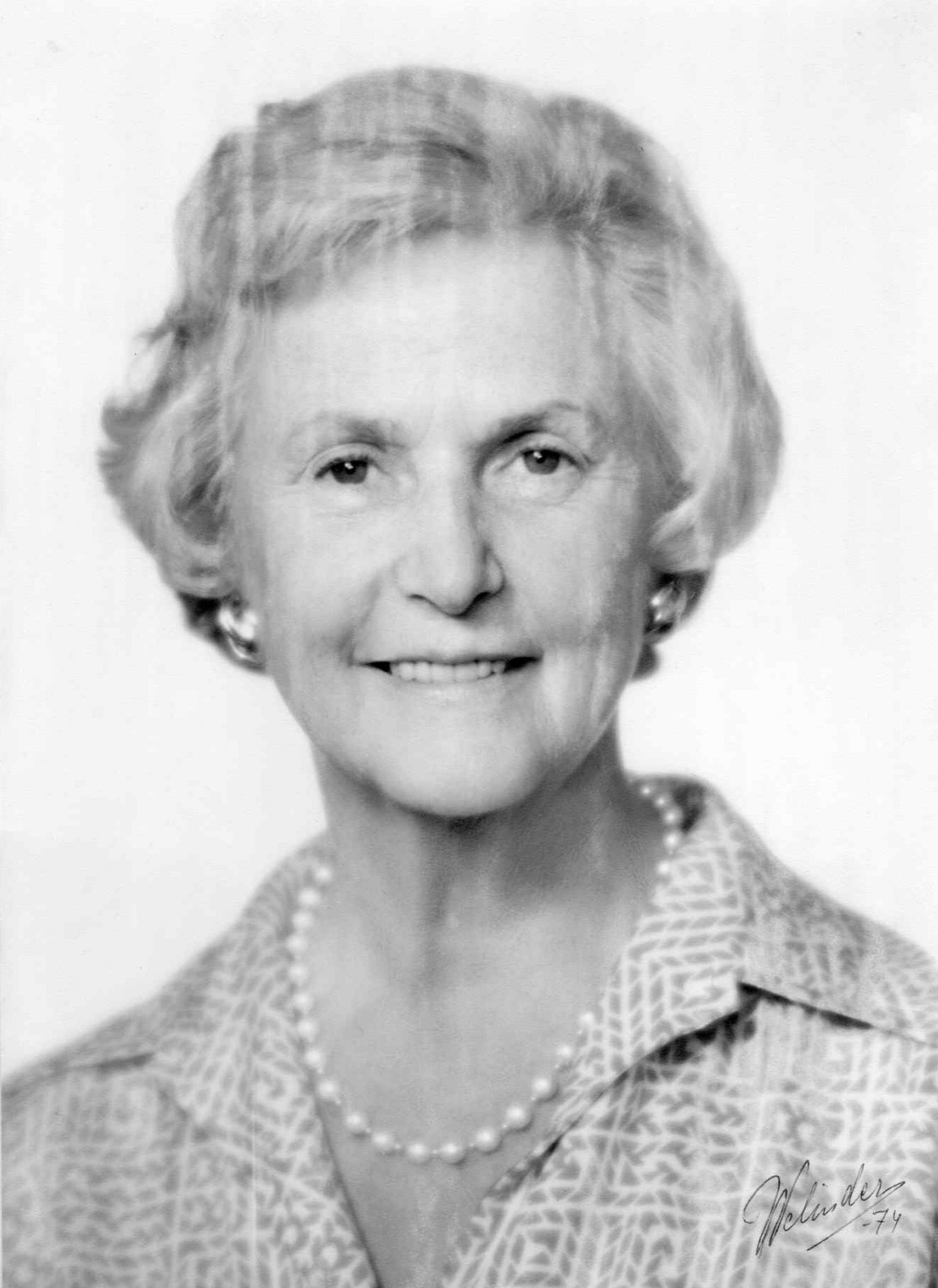