Margit Hall was an architect and furniture designer. She was also the first woman architecture student at the Chalmers Technical Institute (now Chalmers University of Technology) in Gothenburg.

Margit Hall was born in 1901 in Saint Petersburg. Her parents were Harald Hall (né Fridlizius) and Maria Hall (née Rodd). In 1919, Margit Hall matriculated at the Gothenburg grammar school for girls and started the three-year course in architecture the same year at the department for building science at the Chalmers Technical Institute. The first year, Margit Hall was accepted as a special student and from 1921, when higher education was opened to women, she became an ordinary student. Margit Hall took her degree in 1922 and became thus the first woman to qualify as an architect as an ordinary student in Sweden. After taking her degree in 1922, Margit Hall worked for her former teacher, the architect Professor Hans Hedlund at his office in Gothenburg. Between 1924 and 1927, she was employed at the office of the Gothenburg city engineer. According to her own information, she designed a number of private villas as well as an exhibition pavilion in Riga during her time in Gothenburg. These architectural assignments were probably carried out alongside her appointments, since her appointment testimonials do not mention any independent assignments of this nature.

In 1928, Margit Hall married Hilding Eklund, a furniture designer, whose family ran a carpentry factory in Bispgården in the province of Jämtland, where they manufactured furniture and buildings. There Margit Hall also began working on designing furniture and interior fittings, for among other places the Hällnäs sanatorium in the northern province of Västerbotten. 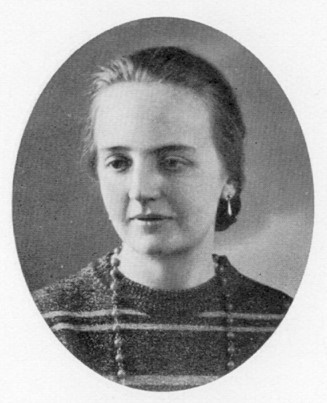