Lizinka Dyrssen was a fighter for the women’s cause and one of the leaders of the early Swedish women’s movement. She was also the chairwoman of Fredrika-Bremer-Förbundet during the first decades of the 1900s.

Lizinka Dyrssen was born in 1866 at Lennartsnäs Castle outside Stockholm. She grew up in a wealthy family with political interests. Her father Carl Gustaf af Ugglas was the Governor of Stockholm who later became a government minister and member of the first chamber of parliament. He was interested in educational issues and was among other things the chairman of Stockholm College (later University). Her mother was Ulrika Vilhelmina Thérèse Elisabet, née Björnsterna, and on her side there were several prominent persons who had important roles as county governors, ministers and diplomats, which certainly must have influenced Lizinka Dyrssen. She was educated at home with a governess and by her highly educated mother who had profoundly Christian values. Lizinka Dyrssen was to dedicate her life to working for democracy, especially women’s citizenship and rights, and also for charity.

In 1888, she married Wilhelm Dyrssen, a naval officer. The couple bought and renovated Öråker Manor outside Stockholm. They had two sons who both became officers. Since her husband was perpetually out on long assignments, it was natural for Lizinka Dyrssen to look after their home and economy by herself. Wilhelm Dyrssen made a rapid career, became a Rear Admiral and later Minister of the Navy.

Lizinka Dyrssen was a pioneer in several fields. Her organisational capacity and pathos led to her becoming the initiative-taker to several significant institutions at the beginning of the 1900s. She was active in Fredrika-Bremer-Förbundet and a member of its board from 1901. She was also one of the initiative-takers to starting the women’s association Landsföreningen för kvinnans politiska rösträtt (LKPR) in 1902. She was elected chairman of the Stockholm branch and was thus one of the first to fight for women’s political suffrage. Fighting for women’s right to vote was certainly seen as unsuitable, since she was married and her husband was a minister. The government and the couple’s party Allmänna valmansförbundet (AVF) rejected namely the idea of women’s right to vote. Nothing implies however that Wilhelm Dyrssen had any objections to her work.

Ten years later, when LKPR had decided only to cooperate with the parties that supported women’s right to vote, conservative women were excluded from LKPR. In order to be able to continue her work for women’s suffrage, Lizinka Dyrssen with among others Bertha Wellin and Ebba von Eckermann then started Stockholms Moderata Kvinnor (SMK), later Sweden’s Moderata Kvinnoförbund (SMKF), which was Sweden’s first political women’s association. Thus Lizinka Dyrssen and her conservative party comrades worked for the women’s suffrage issue in opposition to the party’s opinion, for almost ten years. In the end, the party changed its mind and a woman, Bertha Wellin, was elected in 1919 as a representative for AVF.

The arduous work then began of getting more women elected to parliament and other political groups. The Fredrika-Bremer-Förbundet took on a leading and coordinating role in this, with Lizinka Dyrssen as chairperson. She had continued her work for democracy and equality in the association after leaving the LKPR and parallel to her work in the SMKF. She was elected chairwoman for Fredrika-Bremer-Förbundet in 1920 and remained in that post until 1937. During those years, the association was active and successful with many members all over the country.

Women’s right to education was another of Lizinka Dyrssen’s main issues and there the Fredrika-Bremer-Förbundet was deeply involved in various questions regarding competence and women’s right to use their education in the community. As early as 1907, thanks to a donation from her uncle, the consul Oscar Ekman, Lizinka Dyrssen had succeeded in making it possible for the association to start the country’s first teacher training college for domestic science teachers at Rimforsa, an education that survived until the 1970s. Compared with conditions in Norway and Denmark, the Fredrika-Bremer-Förbundet pointed out that Sweden lacked adequate education in home and household sciences, particularly in rural areas. The courses were seen as a way to get young women to stay in Sweden and not emigrate.

Lizinka Dyrssen also burned for human rights and the equal worth of all people. Therefore she had already become involved in the Red Cross and its work in the 1890s. Lizinka Dyrssen was elected first as the chairwoman of the women’s association, and later as the first woman on the central board as well as eventually its chairperson. 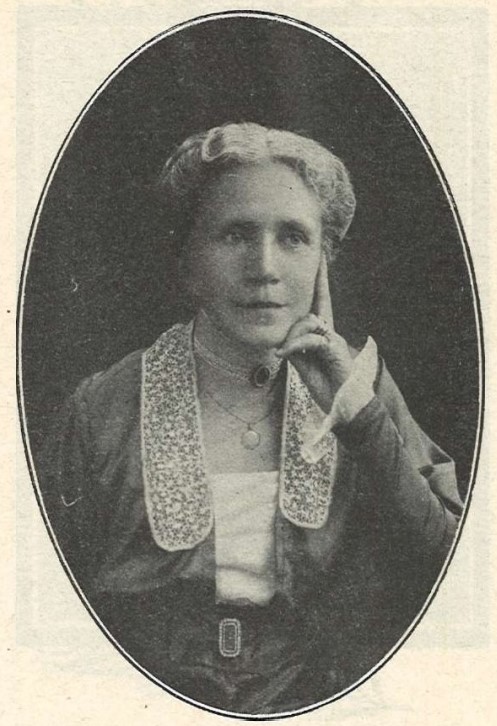