Dorothea Dunckel was an author and translator working in Gothenburg and Stockholm during the 1800s.

Dorothea Dunckel’s father Mårten Altén started as a secretary to a general in Pomerania, where he also worked as a teacher and met his future wife Christina Dorothea Landwertz, the daughter of a clergyman. The couple returned to Sweden and their daughter Dorothea was born in 1799 in Stockholm. Her father occupied himself with literary translation, mainly for the theatre, and also taught the deaf and blind.

Her mother died in 1810 and eleven-year-old Dorothea Dunckel started to help her father with his translations. She had already written her first drama in 1808 and several more were to follow, written in a kind of stylistic imitation of the German dramatist August von Kotzebue. The young girl’s translation of the two-act comedy Receptet was performed at Djursgårdsteatern from 1813 until 1834. She also had poems published in 1818 as tributes to King Karl XIV Johan’s accession to the throne and coronation. Simultaneously, she was compelled to earn her living as a teacher in Stockholm and out in the country. She had no opportunity to cultivate any literary contacts.

In September 1821, Dorothea Dunckel married David Wilhelm Dunckel in the German Church in Stockholm. He had come from Berlin to Stockholm in 1818 to be the pastor at the Dutch-German Reformed Chapel at Södermalm. A few years later, her husband was appointed vicar to the German congregation in Gothenburg and the couple moved there in 1823. The year after, Dorothea Dunckel made her own proper published poetic debut with Förstlingar. More successful were the two stories Marie, en liten gåfva i brev till mina unga landsmänninnor in 1830 and Wilhelms brefvexling med sina vänner in 1835. The former presents a woman’s case in letter form several years before Carl Love Almqvist’s seminal Det går an.

As can be seen, Dorothea Dunckel adapted herself all the time to the literary scene, style-wise and bearing in mind the readers’ perspective. She grew up with the old school and was captured by the new romanticism, despite not really joining in with the latter movement and never winning the favour of the romantics as did for example Julia Nyberg in Skultuna. However, poetry came to be her refuge while she processed her literary setbacks and personal problems. The latter were in connection to her difficult divorce and move from Gothenburg in about 1840. In Stockholm, Dorothea Dunckel lived with her daughter Emilie, who supported them both by giving music lessons.

During the years with her German clergyman husband, Dorothea Dunckel translated many texts from German, however they were mainly ones linked to religion. It was only at the beginning of the 1840s that she was given more extensive translating assignments by Hiertas förlag as part of the new growing wave of literary publishing. On that occasion she translated the historical novel Vittoria Accorombona by Ludwig Tieck and the long dramatic poem ”Nathan den vise” by Gotthold Ephraim Lessing for Hierta’s series of booklets called Nytt Läsebibliothek. The latter poem, from 1779, was a fiery call for religious tolerance and Esaias Tegnér was busy at the same time translating it. However, it was Dorothea Dunckel’s translation that was published first. She also translated children’s books for Hierta’s förlag to earn her living.

Genre-wise, Dorothea Dunckel moved as a translator between drama, poetry and finally prose with novels published by commercially successful publishers. Pensions-vännerna for Thomsons Kabinetsbibliothek in 1842 and Två systrar i Östergötland in 1844 for Lundström in Jönköping are two examples of the increased interest in Swedish motifs that may be discerned in Swedish fictional prose during this period. The latter title refers to Almqvist’s long novel Tre fruar i Småland that had recently been published. Dorothea Dunckel’s Två systrar i Östergötland is a cautious interjection in the question of women’s rights with its themes fetched from the author’s own experience.

She ended her days in 1878. Dorothea Dunckel is buried in Norra begravningsplatsen (the Northern Cemetery) in Solna. 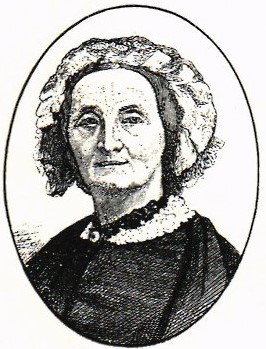