Maria Larsen was a pioneer of public libraries who was also active within the Gothenburg women’s movement.

Maria Larsen was born in 1872. She came from a middle-class Stockholm family in which there were four children. Her father was of Danish heritage and an entrepreneur within the tobacco industry. He died when Maria Larsen was just ten years old. The loss of her father left her mother, Bertha, who was of bourgeois Swedish origins, in dire financial straits. Maria Larsen was allowed to complete her education at a girls’ school but – despite wanting to continue her studies – she began to help her mother financially by taking on simple jobs, including that of office assistant. In 1898 Maria Larsen opened a commercial lending-library and newspaper office at Flemmingsgatan 7. However, she went bankrupt the following year already. After that failure she returned to working at an office. In 1902 she moved to Gothenburg where she began a new professional life.

During her teenage years Maria Larsen had gained a broad education through attending public lectures and participating in courses run by Arbetarföreningen (workers’ association) and Stockholms Arbetareinstitut (workers’ institute). This gave her an education with a basic scientific outlook whilst also opening up the world of literature to her through Ellen Key’s lectures. She made personal contact with Ellen Key, whom she admired greatly and whose approach to life she adopted. Maria Larsen in a sense became Key’s “spiritual daughter”. She dreamt of becoming an author and wrote several texts which Key critiqued.

It was probably through Key’s connection to Lars Wåhlin, the chief librarian at Gothenburg city library, that Maria Larsen became employed in 1902 as the director of a new library in Redbergslid. It was opened at the same time as another library in Majorna thus becoming the first branches of public libraries in Sweden. Wåhlin opted to employ women who were trained in-house by the organisation. This resulted in the women who worked to disseminate books and education to the working classes in the early 1900s receiving low salaries and finding themselves in subordinate positions.

Maria Larsen was appointed director of the Dickson public library in 1905. Her job entailed a lot of responsibilities, and she was particularly involved in the selection of books and spent a lot of her time reading and personally critiquing the literature to be acquired. She wrote several articles on librarianship in Folkbiblioteksbladet in which the Gothenburg library was held up as a role model. Once Wåhlin had retired Maria Larsen faced opposition and became pushed aside as new power-brokers and trained librarians took control of the libraries.

In addition to her professional life Maria Larsen published author profiles and reviews in the press, including in Ny Tid, Göteborgs Handels- och Sjöfarts-Tidning, Brand, Fram, and Morgonbris. She was a proponent of the idea that a mother was the main backbone of the family in the 1933 pamphlet Matriarkatet: en ny äktenskapsform.

For a while Maria Larsen was active in the Social Democratic women’s club in Gothenburg. She was one of the four women behind Göteborgs Kvinnliga Diskussionsklubb (Gothenburg women’s discussion club) which was established in 1911. It was a place where women from various backgrounds would meet to converse and discuss. Maria Larsen was a radical and wanted to take a clear stand – which was impossible within the non-political educational association. In 1908 she and Hilda Carling set up Göteborgs folkbildningshem (Gothenburg public education centre). She had been partly inspired by a study trip to Toynbee Hall in London’s East End to set up this meeting place to hold lectures and discussion, where music and entertainment was also provided. Carling’s children’s activities went down particularly well.

Maria Larsen’s mother lived with her in Maria’s Gothenburg home until her death in 1925. Maria Larsen had several important relationships with other women, and when her relationship with Hilda Carling ended she adopted a foster-daughter, named Margit, in 1915. Following the death of Ellen Key in 1926 there was an emptiness in her life, but she found a new confidante in the modernist author Anna Lenah Elgström, who was part of Stockholm’s leftist-intellectual elite.

Maria Larsen purchased a summer cottage in Kållered during the 1920s, and it became a source of happiness for her following her retirement in 1934. She was long engaged in her project to write a biography of Ellen Key, but the book was never published. A three-part manuscript survives at Kungliga biblioteket (the Royal Library) in Stockholm.

Maria Larsen died in Gothenburg in 1953. She is buried in that city’s Östra cemetery. 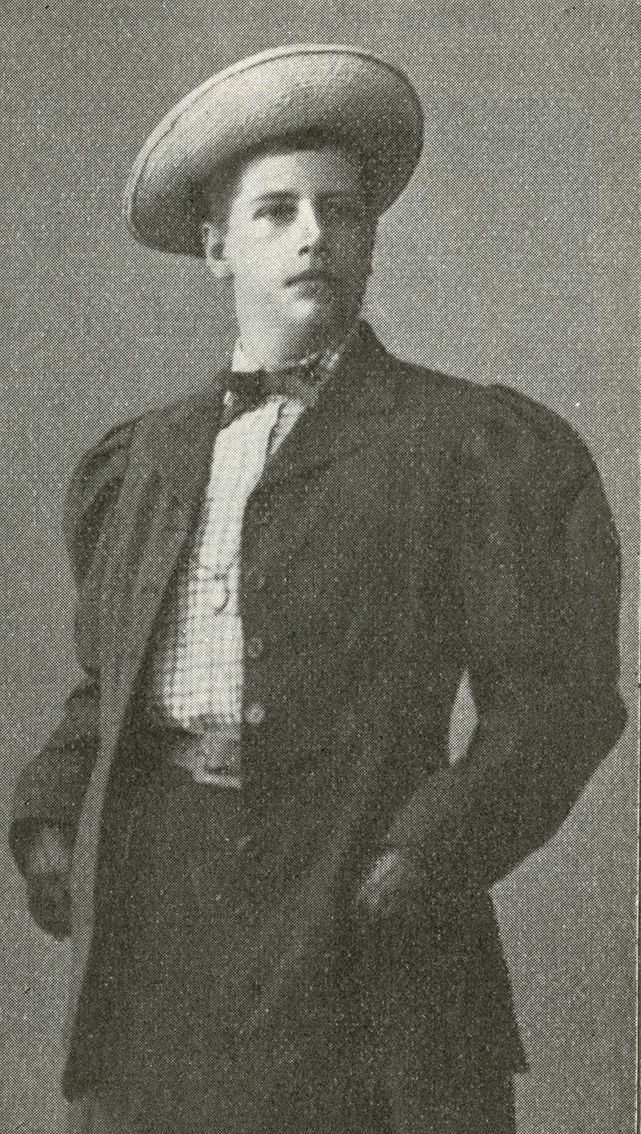