Maria Ruckman was one of the pioneers of Dramaten theatre and during the first decades of that theatre’s existence she was one of its brightest stars to tread its boards.

Maria Christina Ruckman was born in Uppsala in 1771. She was the daughter of Johan Franck, a castle mason, and his wife Birgitta Lundström. Maria Ruckman was just two years old when her father died. A couple of years later her mother remarried. Her second husband was Anders Dahlman, a mason’s apprentice, and the family then moved to Stockholm. Anders Dahlman died in 1782. Two years after that Maria Ruckman was taken on as a student at Kungliga Teatern (now Kungliga Operan) and four years later, in 1788, she was appointed lead actress. Her instructors included Marie Louise Marcadet and Jacques Marie Boutet de Monvel, both of whom were members of the acting troupe which King Gustav III had established in 1781.

During the early part of her career Maria Ruckman went by her maiden name, namely Franck. In 1808 she married Johan Gustaf Ruckman, an engraver, and from then on she used her married name. The couple had a daughter named Maria.

Maria Ruckman garnered a lot of attention during her career and in 1790 she was already being talked about for her portrayal of Thilda in C. G. Leopold’s play Oden eller Asarnes utvandring. This production was such a success that it remained on the repertoire right up until 1825. Another successful role of Maria Ruckman’s was the passionate character of Celestine in August von Kotzebue’s Korsfararne. Historiskt skådespel i fem akter, which ran for 141 performances in Stockholm. Maria Ruckman also delivered celebrated performances as Johanna af Montfaucon in the eponymous play by August von Kotzebue. Further well-received roles include her portrayal of the title role in C. G. Leopold’s tragedy Virginia and as Ratibor in A. F. Skjöldebrand’s play Herman von Unna. The latter, despite having enjoyed great success in Copenhagen, was first produced in Stockholm as late as 1816. It comprised a range of dramatic effects, not least the depiction of masonic rituals.

Despite her success Maria Ruckman also faced an amount of criticism, primarily for her dramatic stage movements and for her ostentatiousness. Clas Livijn, the author and civil servant, wrote to a friend describing his impressions of Maria Ruckman (at the time using the name Franck). He described her as “an ugly character, a person ruined and scrawny through debauchery” whose “boyish antics” made him believe he had “moved to Danviken”.

Maria Ruckman was one of the best-paid female actors of her time, even though she never attained the same salary level of her male counterparts at any point during her career. When her time at the theatre came to an end she took a job as head of the Kungliga teatern drama school. Before that she had, whilst working as an actor, also taught stage declamation. It was not unusual for actors to have simultaneous alternative careers, either in order to add to their meagre salaries or in order to further develop their skills.

On Maria Ruckman’s death in 1847 the Aftonbladet newspaper described her as “one of the most remarkable jewels of the Swedish stage in recent decades. Anyone who has seen this actress in Mohrerne i Spanien, Johanna af Montfaucon and the other plays in which she appeared, has seen perhaps the most excellent expression of the tragic genre which Stockholm had to offer”.

Deciding to become an actor in those times was anything but an honorable and stable career. Women suffered particularly hard in this line of work, although some of their male counterparts in the theatre world also faced criticism. The public largely viewed theatre actors as promiscuous, lazy, and as leading irregular lifestyles in that period. Maria Ruckman, unlike many of her colleagues, actually led a regular life, living with her husband and children when she was not on the stage. By the time of her death, in 1847, she and her husband had accrued a considerable amount of wealth, which in itself was unusual given that actors’ salaries were low, making it hard for actors to sustain themselves.

Her daughter, also named Maria, stayed home with her parents. She was a painter and drawer and her work the National museum collections contain four of her topographical pieces. She was a philanthropist and donated several items from her own home and that of her parents to Nordiska museet, as well as other places. 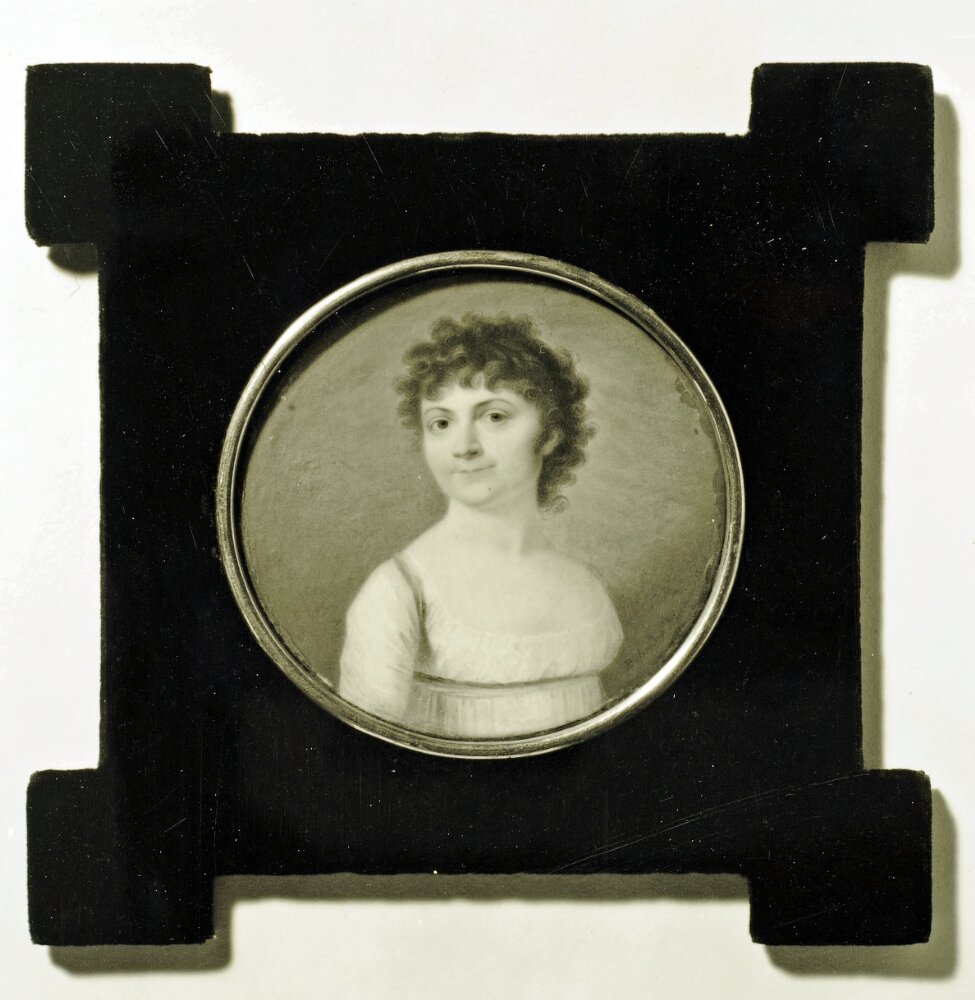