Maria Sandström ran her own business within the restaurant industry and was a prominent temperance- and women’s rights activist. She was active in Stockholm during the first half of the 1900s.

Maria Sandström spent two years serving as the first secretary of Vita Bandet and in 1902 she was elected its deputy chair. From 1921–1947 she served as the organisation’s chair, which also entailed representing Vita Bandet at an international level. From 1927–1934 she was the third deputy chair of the international temperance organisation known as the World Woman’s Christian Temperance Union. From 1934–1937 Maria Sandström was a member of the latter’s Advisory Committee.

Maria Sandström also served as the Vita Bandet representative in several other organisations, such as Svenska Kvinnornas Nationalförbund (the national association of Swedish women), Kvinnliga Radiokommittén (women’s radio committee), Centralförbundet för socialt arbete (central association for social work), Centralrådet för kvinnornas förbudsarbete (central council of women’s prohibition efforts), as well as in Nykterhetsfolkens Landsförbund och Representationsförsamling (national association and representative assembly of temperance members). From 1912–1922 she was the Vita Bandet spokesperson during the political debate on regulating prostitution, during which she ran a particular regulation commission. She organised public meetings and produced written pieces and petitions of a political calibre. Further, she was active within the Federation organisation, which belonged to an international network fighting the regulation of prostitution. In 1902 she was one of twelve women from the Federation who set up Abolitionskommittén (the abolition committee) in which she, as chair, sought to organise protest meetings and to formulate written approaches to the likes of Överståthållarämbetet (the governor’s office) in Stockholm in order to protest against this regulation.

Maria Sandström was a member of Nykterhetsfolkens legislative committee from 1928–1931. She was considered to be an adept political agitator and lobbyist. When presenting her arguments at an audience with Prime Minister Hjalmar Hammarskjöld she, according to the other delegates in the room, “was top dog in her use of expert language”. She was not just a talented public speaker but she was also a skilled organiser and entrepreneur. In 1900 she opened an alcohol-free restaurant called Sturebuffén at Sturegatan 10 in Stockholm. This was not an entirely uncontroversial event as special permits were required to serve non-alcoholic drinks. In fact she was not given such a permit and only had the right to serve food. Despite this setback she did not give up and still opened her restaurant. Her customers were surprised that they could only order food but no drink and an intense media debate ensued. The press focus on permits for serving non-alcoholic drinks continued until 1905 when the requirement was removed. Vita Bandet championed this as a result of Maria Sandström’s struggle to run Sturebuffén.

Maria Sandström was an ambitious businesswoman who was completely in charge of her own affairs. In addition to Sturebuffén she ran a gardening business which supplied the restaurant with vegetables and fruit. Vita Bandet profited from her business knowledge. In 1906 she became the chair of the organisation’s Restaurangförening (restaurant society) in Stockholm and opened a ‘temperance café’ which also served food on Torsgatan. The café later moved to more spacious premises on Karlbergsvägen. In 1908 the Restaurangförening opened an alcohol-free restaurant in Värtans hamn where breakfast and lunch was served daily to more than 300 customers. Towards the end of the year Maria Sandström once again became the subject of media attention as one of her customers had secretly smuggled alcohol into the restaurant. Maria Sandström and all her staff faced criminal charges but were ultimately cleared. In 1909 the Restaurangförening built a new site, under Maria Sandström’s supervision, in order to expand their food service, and in 1915 she opened yet another alcohol-free restaurant called Solidar-Buffé on Norrmalm.

Maria Sandström was described by her colleagues in Vita Bandet as a dedicated, creative, and clear-thinking person whom they believed to be a very valuable organiser. She was driven by a passion for social ethics and campaigned on behalf of alcohol-free culture and high social standards. She was a good speaker and travelled throughout the country giving talks. She also spoke at international conferences. She published frequently, including political petitions, pamphlets, and propaganda material as well as articles for the Vita Bandet journal. She primarily focused on women’s suffrage and the regulation of prostitution. She was also musical and wrote lyrics for the likes of the Vita Bandet national conferences, in conjunction with Alice Tegnér who produced the music.

Maria Sandström received the government Illis quorum medal in official recognition of her devoted and lifelong efforts. She was described by her contemporaries as a true pioneer of alcohol-free restaurants. Maria Sandström lived with Emilie Rathou and she died on 17 October 1948, five days after losing her life companion. They were buried as they had lived, side by side. Their graves lie in Bromma cemetery. 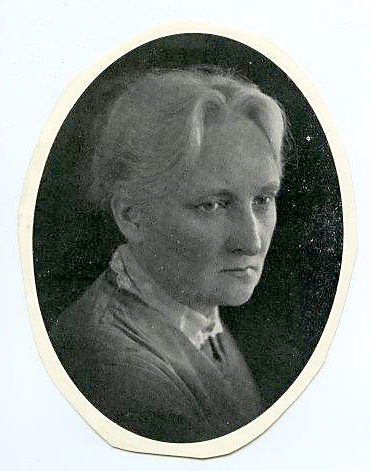