Maria Schildknecht was one of the leading Swedish actors of her day. In Stockholm she worked at both Dramatiska teatern and at Intima Teatern (at that time under Strindberg’s leadership), as well as at Gothenburg city theatre, where she founded a drama school.

Maria Schildknecht was born into the German Sankta Gertrud congregation in Stockholm in 1881. The family home was a musical one. Maria’s maternal grandfather, Axel Salmson, was an illustrator and lithographer of Jewish origins whose original name had been Sem Jacob Salmson. He had gone bankrupt and been forced to flee to America in 1862. His lithography business was then taken over by a 30-year-old lithographer named Herman Seedorff, who had been called across from Neuhaus in Germany. Soon afterwards he married Axel’s eldest daughter, Karolina Jocadaiko. She later became Maria Schildknecht’s mother, but only following a terrible event.

On the night between 19 and 20 December 1875 a fire broke out in the lithography section of Centraltryckeriet (central printers). This fire was a dreadful tragedy for the family: although Herman was able to save the lives of several of his colleagues he and three of his young sons all perished. Karolina Jocadaiko was thus left alone with four surviving children: two sons, both aged 10 and named Henrik Willhelm and Wilhelm Henrik, and two daughters, namely three-year-old Bertha Nanna Emelie and one-year-old Dorothea Johanna. They later became Maria Schildknecht’s half-siblings and grew up with her and her older sister Anna.

Anna and Maria Schildknecht often made up melodramatic operas using a simple doll’s house. When Maria Schildknecht was ten years old she and her twelve-year-old sister attended Wermlenningarne at the old Gustavian opera house, and it left a lasting impact on her. During her teenage years she learnt to perform and recite poems before her family’s extensive social circle in the large apartment on Döbelnsgatan 9. Across the road from their home lay Johannes church. Emil Sjögren was the organist there from 1891 onwards. During long sermons he used to come into the family apartment and play pieces on their piano, according to Maria Schildknecht’s memoires published in Minnesbilder in 1959. She also recounted how Tor Aulin, royal director of music and the founder of the Royal Philharmonic Orchestra, often accepted her parents’ invitations to visit the family home.

Maria Schildknecht’s father encouraged her to train as an actor. In the spring of 1898, when she was 17 years old, she had a lesson with the actor Anna-Lisa Hwasser-Engelbrecht. Her next step was to look up the celebrated actor August Lindberg and he recommended that she apply to Dramatiska teatern drama school. Nils Personne was one of the teachers at the school during the 1898–1899 season. One of the things he said about Maria Schildknecht was that “one should have encouraged the young thing which we clearly did not do”, as she herself revealed in an interview for the radio in 1974. Following a year’s lessons Maria Schildknecht failed her test but Littmarckska theatre company took pity on her and allowed her to prepare a Henrik Ibsen part. This was Eline, the daughter of the lead character in Lady Inger of Östråt. However this experience came to an abrupt end as the company director became the victim of a train accident in December 1899 and died. Maria Schildknecht eventually did make her acting debut as Eline in 1900 at Château Barowiak in Uppsala. However, Ottilia Littmarck did not have the same financial skills as her husband and the theatre company quickly folded.

Following a season as part of Oscar Textorius’s theatre company, 1900–1901, Maria Schildknecht took private lessons in 1903 with the Danish actor Betty Henning, who helped her learn the part of Nora in Ibsen’s A Doll’s House. Henning taught her the art of “forgetting yourself and losing yourself in the character” – a professional maxim which she relied on as a teacher. Maria Schildknecht also studied with the speech instructor Karl Nygren-Kloster from 1903 to 1905 before she finally made her debut at the old Dramaten theatre on Kungsträdsgårdsgatan. On 7 March 1905, five years after her Uppsala debut, she once again played the part of Eline in Ibsen’s play.

This period was followed by silence, a concerted silence. She was not approached by any theatres, neither during 1905 nor during 1906 and in 1907 she was still awaiting contact. Maria Schildknecht came up with an idea “arising from the confused musings of unemployment”, as she put it in her book. This was to read an unassuming small pamphlet entitled Arnljot, handlingen i tre akter av Wilhelm Peterson-Berger. In July 1905 the author had rambled through Jämtland and, with his own eyes, he had seen military mustering taking place, on both sides, in the lead up to the military response to the crisis then befalling the Nordic union. With Victor Hugo Wickström’s historical novel Arnliot Gällina (published under the pseudonym of Christer Swahn in 1896) in mind Peterson-Berger came up with a new role for the tall highwayman of Holy Olav’s saga by making him king in his newly-created kingdom of Jämtland which was thereby free of all future power struggles to control it. This pamphlet was Peterson-Berger’s contribution to the major political issue of his day.

Maria Schildknecht began to learn Peterson-Berger’s story as a monologue to show that she could perform a theatrical production solely using different tones of voice, emphases in her diction and her ability to remember the text. She presented her idea to the author and he then suggested that he could accompany her musically on the piano. Their first public performance of the musical play Arnljot took place on 15 April 1907 and it was such a success that there was no need for musical loss-leaders, neither at the repeat performance in Stockholm, in Östersund, nor in Sundsvall that spring. Peterson-Berger came up with another idea whilst listening to her recitals, namely that it would be a simple thing to put the whole work to music. He did this a couple of years later.

Maria Schildknecht gained rave reviews for her performances. To her dismay in April the following year, when she performed a solo reading of Tor Hedberg’s play Judas, she got no reviews at all. The Intima Teatern small stage began its first run of productions after the summer, comprising solely Strindberg plays. The theatre director August Falck recognised her and told her she was welcome to join the crew. After a few months of performing, Strindberg gave Maria Schildknecht rare advice: “Stop taking lessons. The instructors are old and you already know the techniques inside out”. She took comfort from his words. From that time onwards she was never out of work.

During the two years she spent at Intima Teatern, 1908–1909, Maria Schildknecht met the man she went on to marry, Helge Richard Wahlgren, who was himself an actor and director. It was perhaps during the run of Swanwhite in which she played the part of the step-mother and Wahlgren played the prince. Maria Schildknecht also appeared in Crimes and Crimes, played the role of Margit in Sir Bengt’s Wife as well as the part of Mrs Heyst in Easter. When rehearsing the latter she was even directed by the sensitive and almost soft-hearted Strindberg. His naïve directorial suggestions revealed that he had not the slightest clue about theatrical techniques.

Following the folding of Intima Teatern Maria Schildknecht began to work at Dramaten. Her breakthrough role at that theatre was the title role in Hugo von Hofmannsthal’s tragedy, Elektra. She also performed in Ibsen’s Hedda Gabler, as Rebecka in his Rosmersholm and a bitterly realistic portrayal of Julie in Strindberg’s Miss Julie to which she introduced an unharmonious noble aspect. Maria Schildknecht also appeared as Kristina in Mäster Olof, Tekla in Creditors, Alice in The Dance of Death, and as the widow in Advent. The latter was considered to be her best character portrayal. She also performed in ancient classics as Jocasta in Oedipus Rex, Klytaimestra in Agamemnon, and as the wet-nurse in Medea. Maria Schildknecht’s contribution as a teacher at the drama school from 1916–1934 was much appreciated by her students, irrespective of her harsh comments. When Tor Hedberg left his position as head of theatre in 1921 this brought an end to the happiest period of her life, during which she had married Helge Wahlgren and had her only child, her son Richard.

Maria Schildknecht never hesitated in expressing her views, particularly when she was highly dubious in the company of the young, radical directors such as Alf Sjöberg, Per Lindberg, and Olof Molander. The latter was appointed head of theatre in 1934. He was so infuriated by her refusal to follow his instructions that he fired her on Christmas Eve in 1935. By Christmas Day his colleague in Gothenburg Torsten Hammarén, head of the newly opened stadsteater, had already hired both Maria Schildknecht and her husband. They spent sixteen years, from 1936 until 1951, working at that theatre, during which she played a total of 62 different roles. These included the major’s wife in Gösta Berling’s Saga, Mrs Alving in Ibsen’s Ghosts, the grandmother in Äventyret, the lead role in Hjalmar Bergman’s Thy Rod and Thy Staff, the mummy in The Ghost Sonata, and the aunt in Doña Rosita the Spinster. In 1941 Maria Schildknecht established a drama school at that theatre which she ran until 1947. She retired completely from the theatre world in 1951.

Helge Wahlgren died in 1958. Maria Schildknecht passed away in Gothenburg in 1977. She is buried beside her husband at Södra kyrkogården (the Southern cemetery) in Kalmar. 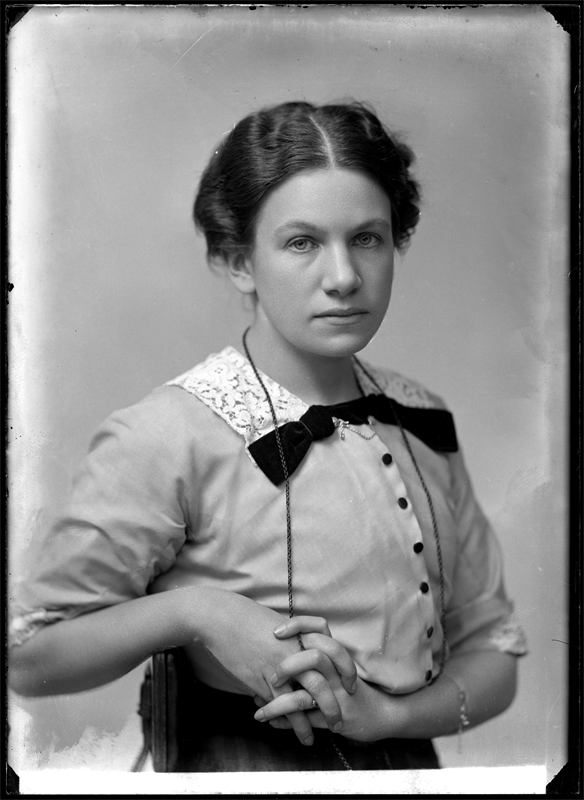