Märta Rinde-Ramsbäck was a cultural policy politician, a textile artist and a teacher at the Slöjdföreningen school in Gothenburg (now HDH-Valand). She was also one of the founders of Fjäregruppen, comprising professional artists in Kungsbacka municipality.

Märta Rinde-Ramsbäck was born Märta Rinde in Gothenburg in 1920. She was the youngest child of Jane and Werner Rinde. Her mother was the daughter of a shipping company owner whilst her father was the head of a telegraph station. Artistic interests and talents ran through the family. Her maternal grandfather’s brother, Carl, was an artist, whilst her brother Sten was a carpenter and her maternal aunt Svea was also an artist. Märta Rinde-Ramsbäck’s father’s job required the family to move to Ludvika for a time but following his death in 1937 they returned to Gothenburg.

In 1938 Märta Rinde-Ramsbäck was accepted at the Slöjdföreningen school and it came to serve as a focal point for her until the late 1960s. She was a student at the school until 1943 and then became a teacher there, serving both as teacher and then head teacher in various subjects, including textiles, weaving, and art history. During Märta Rinde-Ramsbäck’s time as a student there she also met Ulla Onvall, who later became her artistic collaborator and a lifelong close friend. Märta Rinde-Ramsbäck’s first job was that of pattern designer for the Jönköping county handicrafts association.

After marrying Karl Fritjof Ramsbäck Märta Rinde-Ramsbäck moved to northern Halland in 1950. Her husband was a leaseholder at Gåsevadholm entailed estate and the couple lived in a tied house which lay directly opposite Gåsevadholm castle. In 1954 their daughter Karla was born.

Märta Rinde-Ramsbäck’s good friend Ulla Onvall also lived in northern Halland at this time and the two women would meet once a week to create designs together. They then sold their creations to factories in Borås and the surrounding area, including Kasthall mattfabrik (rug factory). Eventually their tapestries became highly sought after by local schools, churches, and parish houses. Today Ulla Onvall and Märta Rinde-Ramsbäck tapestries can be seen in Varla church and at the Tölö and Lindome parish church halls, amongst other places. Their final collaborative work consisted of a pall that was completed in 1999 and produced for Lindome church.

Märta Rinde-Ramsbäck had an exceptional eye for how to configure her motifs. The colour scheme she used was saturated and somewhat darker than that used by Ulla Onvall, who tended to use rather lighter and brighter colours. Terms such as rustic, rich, unromantic, straight lines, motifs from nature and austerity are all key to describing Märta Rinde-Ramsbäck’s style.

Further to her job as a teacher at the Slöjdföreningen school, and producing collaborative work with Ulla Onvall, Märta Rinde-Ramsbäck also ran her own weaving workshop in Skår in Gothenburg. There she had a weaver to produce items that she herself did not have the time to make, primarily rugs. Märta Rinde-Ramsbäck was curious about new materials and new weaving techniques, as can be seen in her experimental large plant weave produced at the Botanical garden and which came to the attention of Ria Wägner and Sveriges Television. Her rugs were sold across the globe.

One of Märta Rinde-Ramsbäck’s particular talents was understanding how to work collaboratively. She was one of the founders of the national organisation called Sveriges Konsthantverkare och Industriformgivare (KIF; Swedish handicrafters and industrial designers) as well as of Västsvenska Mönstertecknare (pattern-designers of Western Sweden). Märta Rinde-Ramsbäck understood the significance of collaboration both as a social force and as a source of stimulus for artists who worked alone. She was enormously creative and she was always coming up with new ways for artists and the surrounding municipality to work together. Although she was politically conservative she was also very innovative and open to new approaches in other areas.

This idea of collaboration was fundamental to Märta Rinde-Ramsbäck’s efforts, along with Sune and Kerstin Alehammar, to set up an art gallery in Kungsbacka. This was to be a place where local artists could display their work and engage with the public. Märta Rinde-Ramsbäck’s vision was that the theme of the art displays should correspond to the desires and interests of the general public.

Similarly, collaborative efforts inspired the establishment of Fjäregruppen in 1965. Kungsbacka was home to several well-known active artists and handicrafters. Märta Rinde-Ramsbäck along with several others set up this group to improve the position of art within the municipality. Fjäregruppen held regular exhibitions which became a great source of stimulus for both Märta Rinde-Ramsbäck and Ulla Onvall. Their rugs and tapestries became highly sought-after. Following the establishment of Fjäregruppen another idea arose: to set up a cultural committee in the municipality. Märta Rinde-Ramsbäck became the first chair of the committee and its executive officer – there was no administrative head at that time.

Towards the end of the 1960s Märta Rinde-Ramsbäck’s obvious attachment to the Slöjdföreningen school began to dissipate. A left-wing wave washed over the studios and students began to have new thoughts on how to work with art and the role of art within society. None of this suited Märta Rinde-Ramsbäck who, despite her innovative tendencies, was politically a traditionalist. After a few years’ sabbatical she resigned for good in 1974. For a while she suddenly had a lot of spare time, although this did not last for long.

In addition to the artistic strain that ran through her family genes there was also a tradition of social activism. Märta Rinde-Ramsbäck’s maternal grandfather, the ship-owner, had been an early liberal who had served in Gothenburg town treasury, in its council and the church council. Her mother, Jane, had been an active suffragette, whilst her father Werner had been a liberal party municipal politician and an active member of the temperance movement. Her husband, Karl Fritjof, was an active right-wing politician whose family were also politically active: his father had been a liberal party member of Ramdala rural municipality, now under Karlskrona.

During her nearly 20 years of service as a municipal politician Märta Rinde-Ramsbäck served in the council, the council’s board, the housing committee, the cultural policy committee – of which she was chair for several years – and in the county council and its associated education and culture committees. She gained a reputation as a determined and persistent politician who often faced political and even fellow party-member opposition. When it came to cultural matters she had hardly any support from most of her fellow Moderate party members. She was unfazed by conflict, often making an impression as a determined and austere individual. However, Märta Rinde-Ramsbäck was also pragmatic and often became aware of an issue before the party did. When Kerstin Alehammar, a member of the Social Democratic party, wanted to push the issue of outdoor seating for cafés Märta Rinde-Ramsbäck supported her and the two women sat on their own café seats outside Torgkaféet as a form of demonstration. This came to the attention of the local Norra Halland newspaper.

Perhaps the preservation of Kungsbacka city centre is the most notable of Märta Rinde-Ramsbäck’s lasting efforts. Numerous political voices clashed against hers, some claimed that old wooden houses could just as well be torn down, but she forced the issue and eventually won. Her activism was also displayed through the protest tapestry she created about the issue. Another of her important lasting efforts was to ensure that 1 percent of building costs within municipal building efforts should be spent on artistic embellishments.

When Märta Rinde-Ramsbäck retired from politics she was drawn to Hembygdsföreningen (the local historical association). Here she could put her knowledge of art and textiles, and talent for mounting exhibitions, to good use and she often took on the responsibility for museum exhibits.

Märta Rinde-Ramsbäck maintained her social activism until she was fairly advanced in years. When a number of trees in Badhusparken were to be felled in order to widen the railroad tracks she joined the tree-huggers set up in the park and served as an active polemicist using the same blatant persistence as always.

Saving the Badhusparken trees was Märta Rinde-Ramsbäck’s final public piece of activism. She died in 2003 and is buried at Skogskyrkogården (cemetery) in Kungsbacka. There is a permanent memorial in her honour: her name has been inscribed on the pavement in the town square. 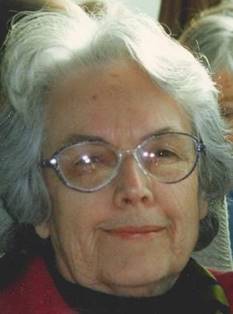