Märta Berg was a photographer with a colourful personality, who dressed in folk costume from Rättvik in the province of Dalarna.

Märta Berg was born in Öregrund in 1880. She was christened Martha but changed her name later on to Märta. Her father Gudmund Berg came from Västbjörka but was staying temporarily in Öregrund where he was studying to be a painter and photographer. He married Karls Karin Jonsdotter from Vikarbyn in 1878. They settled down on her farm in Mårsbacken and had seven children.

Around 1883–1884, Gudmund Berg built a grand two-storey house with an octagonal stairway with a tower roof in Mårsbacken. In Storgatan in Rättvik he built at almost the same time another two-storey house and on the second floor he equipped a photographer’s studio with large windows facing onto Storgatan and a very big roof-window. In the house in Vikarbyn, a photographer’s studio was also equipped on the upper floor. A long row of windows let in the light and a background theme wall had been painted by Gudmund Berg himself. Now and then, he covered over the old motifs and new ones were painted to have new backgrounds.

Even when she was only a teenager, Märta Berg had helped her father in the atelier as an assistant photographer. When he died hastily of pneumonia in 1900, she took over the ateliers in Rättvik and Vikarbyn. The one in Rättvik was run to start with under the name Gudmund Berg Fotografiatelier. Before Märta Berg took her decision, she visited her father on his sickbed and showed him a glass plate that she had exposed, developed and touched up. She wanted her father to examine it and decided whether or not the work was so skilfully done that she could continue as a photographer. What he replied is obvious. Since the house lacked electricity, the glass plates were laid out on the tin roof so they could be exposed to the sunlight.

In 1907, Märta Berg married Yngve Valfrid Kronberg who worked as an office clerk at the Rättvik railway station. He resigned from the railway and in a short time learned to help in the photography enterprise. In due course, he became very skilled in the darkroom. The couple had eleven children and of them one daughter, Greta, also became a photographer. Thus three generations photographed people from Rättvik for almost 100 years. Märta Berg worked as a photographer in 1900–1950, always dressed in her Rättvik folk costume, or at least the Rättvik skirt and “slimsblus”, as the fashionable blouse of the day was called.

In Rättvik and the neighbouring parish of Boda, there were many photographers. When the number of clients was insufficient, the photographers travelled to other places in Sweden and also abroad. In Vikarbyn, the largest village in Rättvik, there were also many photographers, and Märta Berg had two neighbours who were both photographers, apart from her father Gudmund Berg in his day. The two were Anders Skötsner and his wife Brita Skötsner from Backa. They moved their enterprise to Östhammar and Öregrund when the competition in Rättvik was too great. Another neighbour in Västbjörka, Perols Lars Ersson, was both a painter and a photographer like Gudmund Berg. That Märta Berg chose to be a photographer is therefore not at all surprising.

Märta Berg’s daughter Greta, born in 1916, followed in her mother’s and maternal grandfather’s footsteps. Via her mother’s contacts, she was employed by the court photographer Herman Bergne in his branch in Ängby for one year. In 1948, Greta came home and started helping in her mother’s atelier. She married and signed her name thereafter as Greta Norling. The year after, she took over all the portrait photography with which she continued until 1975. Colour photographs had by then become modern and Greta Norling, who had up until then worked only with black and white photography considered herself too old to learn anything new, which also involved acquiring new, expensive photography equipment. She decided to stop and devote her time to the family.

Several women photographers who married are known both under their maiden names and under their married names. Others chose however to keep their maiden names even after they had married. Märta Berg, whose married name was Kronberg, kept her maiden name, since it was well known and worth keeping. Märta Berg socialised with four other women photographers who also had ateliers near Lake Siljan. They were Gerda Söderlund with an atelier in Leksand, Berta Hallgren with ateliers in Mora and Leksand, Selma Westberg in Mora and Margit Karlsson in Leksand. 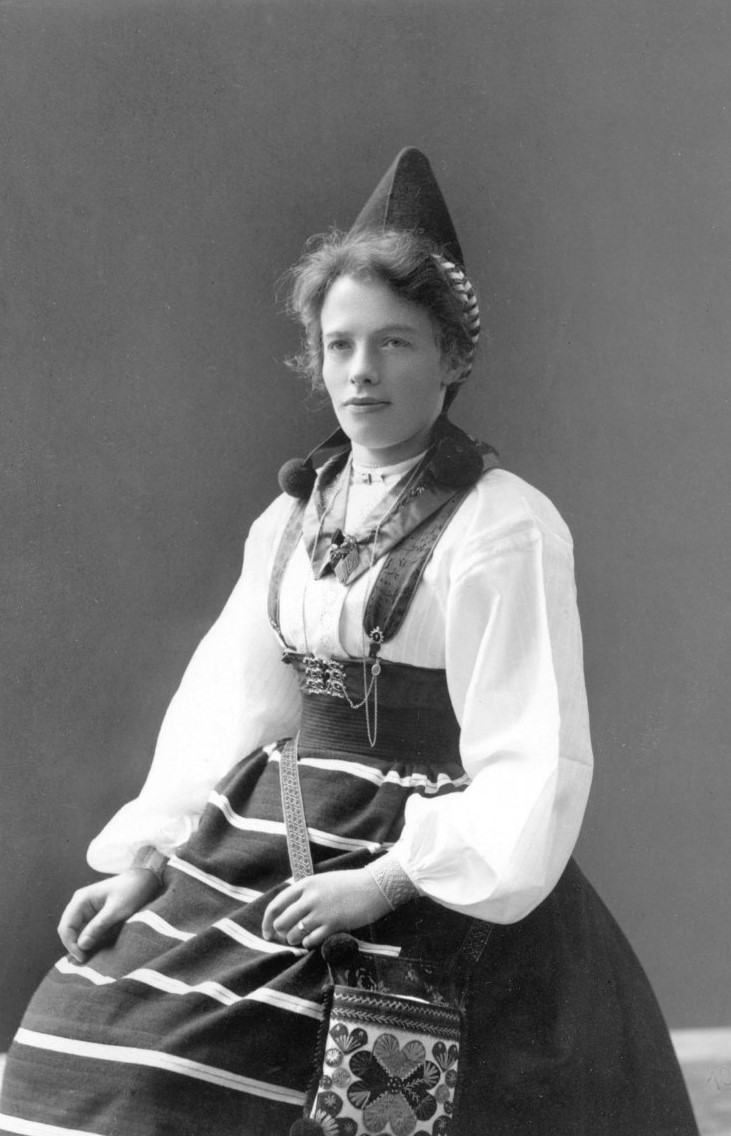